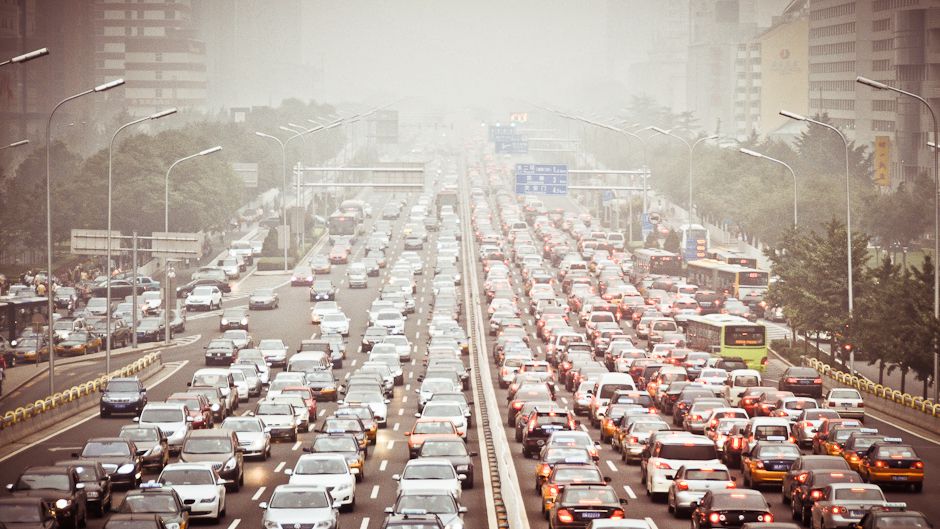 If global carbon emissions continue to rise at their current rate, humanity will eventually be left with no other option than a costly, world war-like mobilisation, scientists warned this week.

“It’s blindingly obvious that our economic system is failing us,” said economist Tim Jackson, a professor of sustainable development at the University of Surrey in the UK.

Climate change, pollution, damaged ecosystems, record species extinctions, and unsustainable resource use are all clear symptoms of a dysfunctional economic system, Jackson, author of the report and book Prosperity Without Growth, told IPS.

“It is a travesty of what economy should be. It has absolutely failed to create social well being and has hurt people and communities around the world,” he said.

Emissions need to peak and decline by 2020 to have a chance at keeping global temperature rise to less than 2°C, according to the “Emissions Gap Report 2013”, involving 44 scientific groups in 17 countries and coordinated by the UN Environment Programme (UNEP).

Even if nations meet their current climate pledges under the Copenhagen Accord, CO2 emissions in 2020 are likely to be 8–12 billion tonnes higher than what is needed to stay below 2°C at a reasonable cost.

Carbon dioxide (CO2) from burning fossil fuels has raised the global average temperature only 0.85°C so far, but even that has produced a wide range of impacts.

Even if nations meet their current climate pledges under the Copenhagen Accord, CO2 emissions in 2020 are likely to be eight to 12 billion tonnes higher than what is needed to stay below 2°C at a reasonable cost, the report concluded. Failure to close this “emissions gap” by 2020 will require an unprecedented global effort to crash carbon emissions.

No country has offered to do anything beyond their 2009 Copenhagen commitments. Nor is anyone expecting new offers at this week’s UNFCCC Conference of the Parties (COP 19). Very few country leaders will attend COP 19, making this a technical negotiation on the shape of new climate treaty that will only come into force in 2020.

Very few country leaders will attend COP 19, making this a technical negotiation on the shape of new climate treaty that will only come into force in 2020.

In the six years remaining before 2020, not only do countries need to increase their reduction commitments, some countries have to actually put policies in place to meet their Copenhagen commitments. China, India, Russia and the European Union are on track, but the US and Canada are not, the report found.

In recent months, however, the US has introduced some new policies and plans, including emissions caps on power plants. Canada is going in the opposite direction.

A government report recently acknowledged its emissions will be at least 20 percent higher than its Copenhagen reduction target. This was considered “good progress” given the skyrocketing emissions from its rapidly expanding tar sands oil operations, the Canadian government report said.

“Canada is a wealthy country. It could easily meet its target,” said Jennifer Morgan, director of the Climate & Energy Programme at the World Resources Institute.

“It’s very important for Canada to meet its target. That sends a very important message to the world,” Morgan, lead author of the UNEP report, told IPS.

However, economics is getting in the way of action. Canada has become very rich as the biggest supplier of foreign oil to the US. In less than 20 years, Canada’s GDP has tripled to 1.8 trillion dollars, with ambitious plans to grow even more. Politicians in Canada, and all over the world, reject anything they believe would hurt their countries’ economic growth.

Jackson and number of ecological economists say the current self-destructive economy must be transformed into one that delivers a shared and lasting prosperity. This kind of Green Economy is far beyond business as usual with some clean technology thrown in. It is what Jackson calls a “fit-for-purpose economy” that is stable, based on equity and provides decent, satisfying livelihoods while treading lightly on the earth.

“Prosperity isn’t just about having more stuff. Prosperity is the art of living well on a finite planet,” says economist Tim Jackson.

The current growth-worshiping consumption economy is “perverse” and at odds with human nature and our real needs, he said.

“Prosperity isn’t just about having more stuff,” he said. “Prosperity is the art of living well on a finite planet.”

With powerful vested interests in the current economy, making this transformation will be difficult but it is already starting to happen at the community level. Jackson and co-author Peter Victor of Canada’s York University lay all this out in a new report “Green Economy at Community Scale”.

They see the roots of a transformational Green Economy in community banks, credit unions and cooperative investment schemes that enhance local communities. The Transition Town movement, local currencies, community-owned energy projects, global Ecocity movement are all part a response to an economy that does not work for most people and has created an environmental crisis, said Victor in a press release.

“Using GDP as measure of success is like riding a bike while only paying attention to how fast you are pedaling,” Jackson said.  “It is wrong in so many ways.”