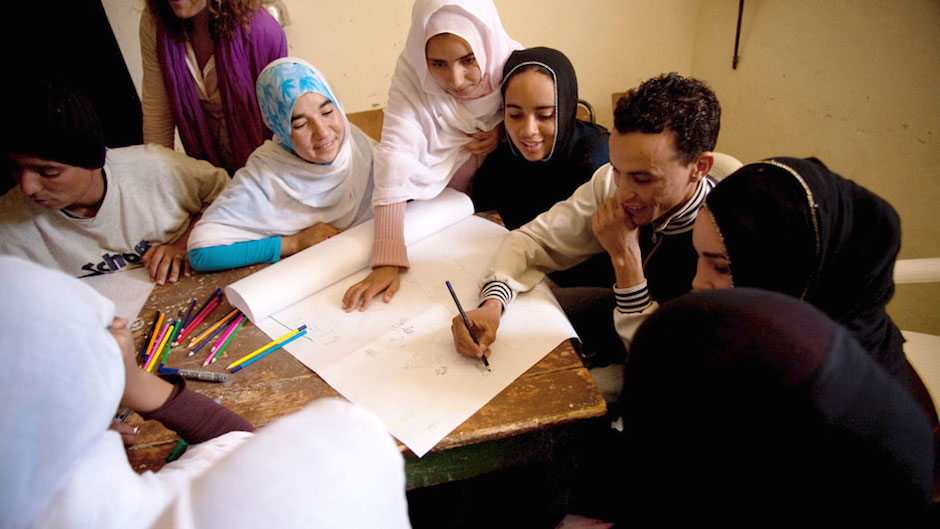 The global community has long known the implications of Earth’s growing number of humans. Back in 1989, in hopes of focusing attention on the urgency and importance of population issues in the context of overall development, the Governing Council of the United Nations Development Programme recommended 11 July be observed by the international community as World Population Day.

Today, young people aged 10 to 24 make up one quarter of the world’s population. The aspirations and achievements of these 1.8 billion people will obviously shape the future. Yet too many young people still grapple with poverty, inequality and human rights violations and this keeps them from reaching their personal and collective potential, says the UN. “Investing in Young People” therefore makes perfect sense as the theme of World Population Day 2014.

“We know that healthy, educated, productive and fully engaged young people can help break the cycle of intergenerational poverty and are more resilient in the face of individual and societal challenges,” said Dr. Babatunde Osotimehin, Executive Director of UNFPA (the UN Population Fund), in a statement. “As skilled and informed citizens, they can contribute more fully to their communities and nations.”

An estimated 515 million adolescents and youth, aged 15 to 24, live on less than $2 a day, according to UNESCO, and millions more face gender discrimination and other forms of marginalization.

A world of potential

A safe, healthy passage from adolescence into adulthood is the right of every child. To fulfil this right, families and societies need to ensure that adolescents and youth acquire the knowledge and skills required to lead productive and fulfilling lives.

But the majority of youth are growing up in low-income countries, where education and health services are not guaranteed, according to the International Conference on Population and Development (ICPD) Global Review Report, published earlier this year. For too many, reproductive health care is difficult to access and jobs are limited.

No doubt largely due to the spread of information and communication technology (ICT), today’s youth nonetheless have higher expectations than the generations before them, with a stronger grasp of their rights and a clearer vision of what they are capable of accomplishing — should they receive the proper tools and opportunities.

Investing in this generation must be a global priority, the ICPD review report states. This includes protecting their human rights and ensuring their access to quality education and health care, including sexual and reproductive health services. It also includes ensuring access to decent employment opportunities.

This investment is win-win, as it will not only give young people the means to improve their own lives, but also the lives of future generations.

While adolescence should be a time of growing possibilities, young people are instead increasingly faced with more and more vulnerabilities.

In 2012, 63 million adolescents around the world were not enrolled in either primary or secondary school, according to recent figures from UNESCO. And in 2013, young people aged 15 to 24 were almost three times more likely than adults to be unemployed, indicates a report by the International Labour Organization.

In many regions, girls and young women are the worst off, not only in terms of education and employment but also in terms of human rights. Too many girls are pulled from school to be married, part of a cycle of abuses that includes child marriage, adolescent pregnancy and increased risk of injury or death during childbirth.

“For millions of young people around the world, puberty — the biological onset of adolescence — brings not only changes to their bodies, but also new vulnerabilities to human rights abuses, particularly in the areas of sexuality, marriage and childbearing,” said Dr. Osotimehin.

“We and our partners are seeing how critical early investments in sexual and reproductive health can enhance the lives of young people and the welfare of their societies,” Dr. Osotimehin said.

“A sustainable future depends on having resilient populations, which cannot be achieved without investments in young people,” he added.

UNFPA also supports youth leadership and participation initiatives to help ensure young people have a voice in decisions affecting them.

“I call on all with influence to prioritize youth in development plans, strengthen partnerships with youth-led organizations, and involve young people in all decisions that affect them,” said Secretary-General Ban Ki-moon. “By empowering today’s youth, we will lay the groundwork for a more sustainable future for generations to come.”

Young people are also speaking out for themselves, Mr. Ban said, noting that more than 1,000 youth organizations endorsed a Global Youth Call to recommend youth-focused goals and targets in the sustainable development agenda that will start after 2015, the deadline for the Millennium Development Goals.

World Population Day: Why Young People Are Key by Carol Smith is licensed under a Creative Commons Attribution-NonCommercial-ShareAlike 4.0 International License.