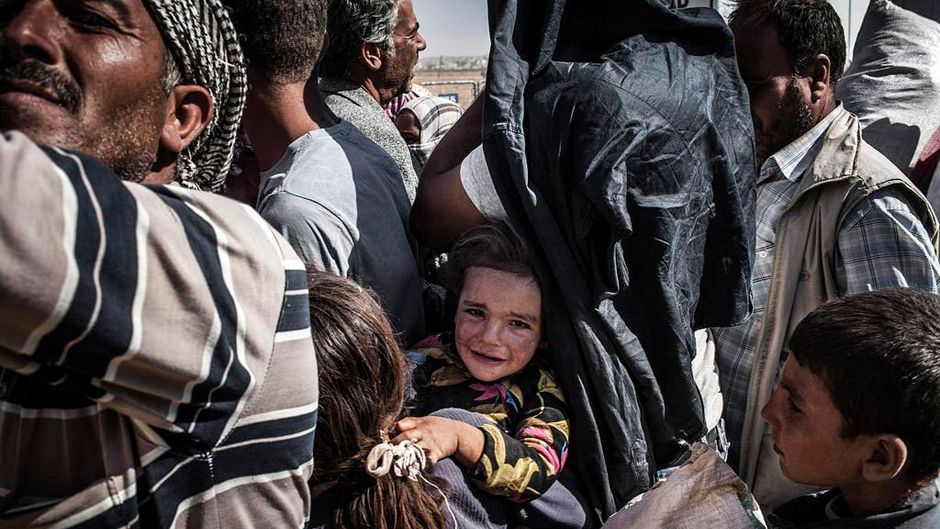 World population was just 2.5 billion in 1950. But just a few years ago, in 2011, we became 7 billion people. As our numbers continue to rise, so does the importance of population issues in the context of overall development plans and programmes and the need to find solutions grows. This year, the United Nations theme for World Population Day (marked annually on 11 July) is ultra relevant and compelling. The world is seeing a record number of people displaced by crises — some 60 million according to the latest UN figures. As humanitarian workers, observers, media headlines and statistics attest, the vulnerability of women and girls mounts in emergency situations. UNFPA, the United Nations Population Fund, works in emergency settings around the globe to respond to the rights and needs of women and girls, helping them maintain their dignity, securing their safety, and restoring their access to sexual and reproductive health care.

We urge you to read the following compelling message by Dr. Babatunde Osotimehin, Executive Director of UNFPA (the United Nations Population Fund) and to delve in to the other important related articles in the Vulnerable Populations feature on the Our World homepage.

A recent United Nations report warns that the number of forcibly displaced people has risen to a record number — almost 60 million at the end of 2014. Among these, most women and adolescent girls face particular threats as a result of the absence of health and other essential services that they need.

Even under normal conditions, reproductive health complications are a leading cause of death and illness among women of childbearing age. In humanitarian situations, an estimated one in five women and adolescent girls are likely to be pregnant. As skilled birth attendance and emergency obstetric care often become unavailable, pregnant women’s and girls’ vulnerability to death and injury is further exacerbated.

Women and adolescent girls also face much greater risk of abuse, sexual exploitation, violence and forced marriage during conflicts and natural disasters. In addition, many women who survive a crisis become heads of household, with the sole responsibility of caring for their children. They often have to overcome immense obstacles to provide health and care for children, the sick, the injured and the elderly, and bear the heaviest burden of relief and reconstruction. As a result, they may neglect their own needs as they care for others.

The complex emergencies we are responding to include protracted conflicts, made worse by poor or failed governance, the consequences of climate change, and the engagement of extremist groups claiming territory, resources and power.
That is why the theme of this World Population Day, “Vulnerable Populations in Emergencies”, is intended to highlight the special needs of women and adolescent girls during conflicts and humanitarian disasters.

One of the priorities of UNFPA, the United Nations Population Fund, is to empower and safeguard the well-being of women, adolescent girls, and young people and address their specific needs and concerns. We work closely with governments, the United Nations system, local partners and others on disaster preparedness to ensure that reproductive health is integrated into emergency responses.

UNFPA deploys hygiene kits, obstetric and contraceptive supplies, trained personnel and other support to vulnerable populations.  It also works to ensure the needs of women, adolescent girls and young people are served through both an emergency and the reconstruction phase. Our aim is to ensure that women’s and adolescent girls’ right to sexual and reproductive health is protected and their safety is ensured.

On this World Population Day, we call on the international community to redouble efforts to protect the health and rights of women and girls. We must enable women, adolescent girls and young people to play their full role in peace talks, peace building and recovery, and to ensure that governments comply with international law and bring perpetrators of sexual violence to justice.  By prioritizing health, rights and the full participation of women, adolescent girls and young people in public life, we increase our prospects for a more just, stable and peaceful world.

Female Education: a Solution for a Crowded Planet