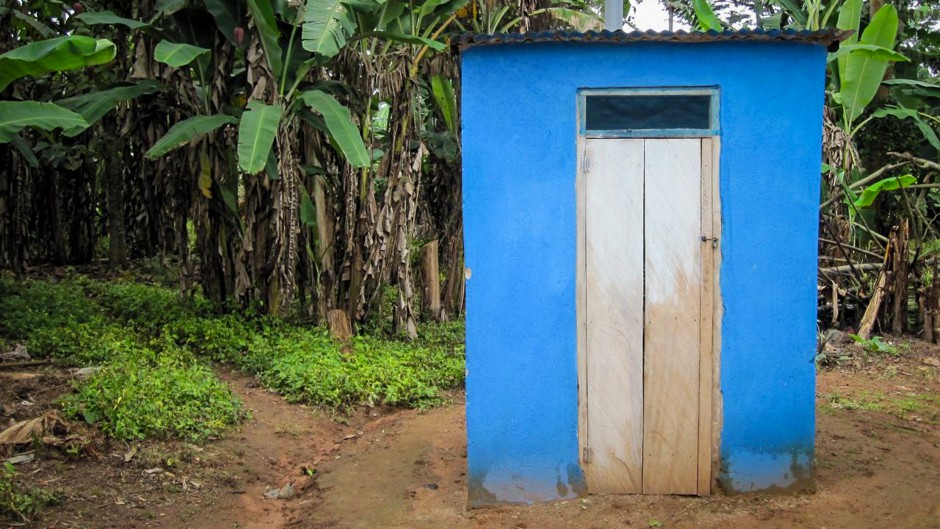 In case you ever wondered, there are currently 119 international days aimed to bring your attention to important issues around the world. Some may be familiar, but two more obscure days, Global Handwashing Day on 15 October and World Toilet Day on 19 November, highlight topics worth considering: health, water and sanitation.

If you’re reading this, chances are you’ve won the geography lottery. You have clean water on tap and a bathroom or two in your house.

Now imagine if your bathroom break meant squatting in a ditch or field where those around could see you — and if you’re a woman, being subjected to verbal or sexual abuse. Even if you find a safe place, what if you had no water or no sink in which to wash your hands afterwards?

World Toilet Day reminds us that open defecation is the reality for 1.2 billion people across the world and human waste frequently ends up in drinking water. Not surprisingly, poor sanitation affects health: it accounts for almost ten percent of global disease.

As such, Global Handwashing Day serves to promote washing with soap in 100 countries as an effective “do-it-yourself” remedy against contracting fecal-related diseases such as typhoid and cholera.

Since we know poor water quality in developing countries contributes to disease, it makes sense to come up with sustainable approaches to manage wastewater that would otherwise be released untreated.

A recent study in Uganda showed that by marketing biogas as well as fertilizer made from wastewater products, it would be possible to run a cost recovery sanitation system for 400,000 people living in Kampala’s urban slums.

This research led to a Grand Challenges Canada funded pilot project called “Waste to Wealth”. It partners with the Ugandan government, which — though short on resources — is mandated to handle the country’s industrial and domestic wastewater.

The pilot brings together slum residents, rural fishing villages, a private sludge transport company, NGOs and a local university to find ways to use human waste to produce energy and crop nutrients.

The local university already provides safe drinking water to its students and staff. Its wastewater treatment facilities could be expanded to act as pilot project for how to handle each step in the distribution and processing of wastewater products. This includes hosting a digester which generates biogas and fertilizer.

A digester is a sealed container that allows bacteria to break down organic material. The resulting organic material becomes an odorless liquid free from pathogens, a rich fertilizer easily absorbed by plants.

If the right bacteria are present, the process also produces methane, a fuel that can be used for cooking and lighting. Using biogas instead of cutting trees for fuel reduces deforestation and eliminates health risks from inhaling cooking smoke.

“Waste to Wealth” plans to support development of self-sufficient, durable technologies and training of residents to build and maintain them. It can create jobs as well as improve health in both rural and urban Uganda — and beyond.

No doubt it may encounter resistance in some places, such as social taboos around handling human waste, for example. It could also be difficult to make a strong business case where the infrastructure to treat and collect wastewater isn’t already in place.

But this is a unique project that demonstrates the power of partnership. It gained government support, tapped into existing resources and empowers the communities for which they are intended. That in itself is as innovative as the invention of the toilet itself.

World Toilet Day and the Innovative Future of Sanitation by Corinne Schuster-Wallace is licensed under a Creative Commons Attribution-NonCommercial-ShareAlike 3.0 Unported License.
Based on a work at http://raisethehammer.org/article/2008.

Dr. Corinne Schuster-Wallace is a Programme Officer (Water and Human Development) at the United Nations University Institute for Water, Environment and Health, in Hamilton, Ontario. She has broad experience at the water-health nexus including the areas of environmental factors for climate change impacts on and outbreaks of waterborne diseases and linkages to human health and well-being. Prior to joining the United Nations University, she worked in the School of Engineering at the University of Guelph in Canada, worked as a water-environment specialist for the Public Health Agency of Canada, and was a consultant to Part 2 of the Walkerton Commission of Inquiry into the Walkerton, Canada drinking water tragedy of 2000. Dr. Schuster-Wallace holds degrees from the University of Leicester, England and Wilfrid Laurier University in Canada.