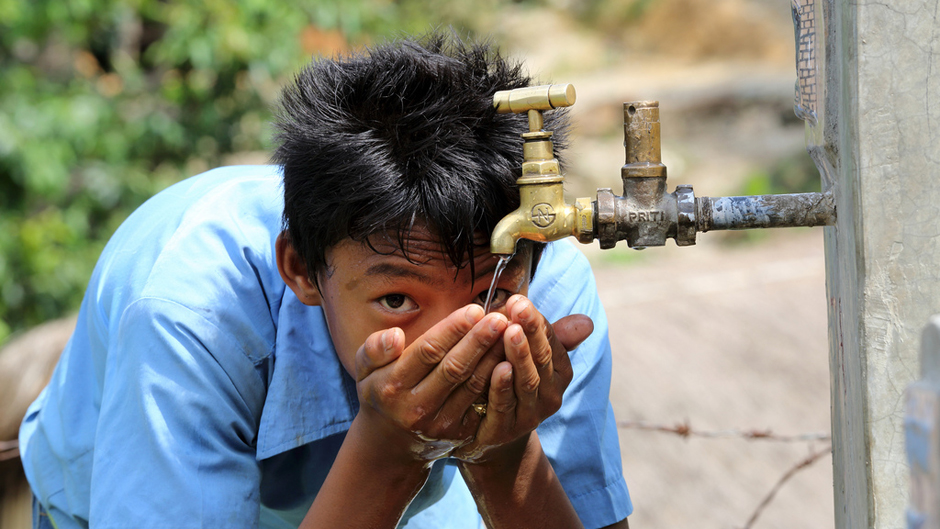 The deep-rooted relationships between water and energy are the focus of today’s annual United Nations World Water Day (22 March).

We are at a juncture where recognizing the importance of this nexus will help us to face the challenges ahead. By 2030, according to UN predictions, the world’s population will need at least 35 percent more food, 40 percent more water and 50 percent more energy. Already today 768 million people lack access to improved water sources, 2.5 billion people have no improved sanitation and 1.3 billion people cannot access electricity.

“Water and energy are among the world’s most pre-eminent challenges. This year’s focus of World Water Day brings these issues to the attention of the world,” said Michel Jarraud, Secretary-General of the World Meteorological Organization and Chair of UN-Water, which coordinates World Water Day and UN freshwater-related efforts.

“These issues need urgent attention — both now and in the post-2015 development discussions. The situation is unacceptable. It is often the same people who lack access to water and sanitation who also lack access to energy, ” said Mr. Jarraud.

Released today is the UN-Water flagship report — produced and coordinated by the World Water Assessment Programme (hosted and led by UNESCO) — a status report on global freshwater resources highlighting the need for policies and regulatory frameworks that recognize and integrate approaches to water and energy priorities.

The World Water Development Report (WWDR), a triennial report from 2003 to 2012, this year becomes an annual edition, due to the level of interest in the international community. WWDR 2014 underlines how water-related issues and choices impact energy and vice versa. For example: drought diminishes energy production, while lack of access to electricity limits irrigation possibilities. The report notes that roughly 75 percent of all industrial water withdrawals are used for energy production. Tariffs also illustrate this interdependence: if water is subsidized to sell below cost (as is often the case), energy producers — major water consumers — are less likely to conserve it. Energy subsidies, in turn, drive up water usage.

The report stresses the imperative of coordinating political governance and ensuring that water and energy prices reflect real costs and environmental impacts.

“Energy and water are at the top of the global development agenda,” said the Rector of United Nations University (UNU), David Malone, this year’s coordinator of World Water Day on behalf of UN-Water together with the United Nations Industrial Development Organization (UNIDO).

“Significant policy gaps exist in this nexus at present, and the UN plays an instrumental role in providing evidence and policy-relevant guidance. Through this day, we seek to inform decision-makers, stakeholders and practitioners about the interlinkages, potential synergies and trade-offs, and highlight the need for appropriate responses and regulatory frameworks that account for both water and energy priorities. From UNU’s perspective, it is essential that we stimulate more debate and interactive dialogue around possible solutions to our energy and water challenges.”

“There is a strong call today for integrating the economic dimension, and the role of industry and manufacturing in particular, into the global post-2015 development priorities. Experience shows that environmentally sound interventions in manufacturing industries can be highly effective and can significantly reduce environmental degradation. I am convinced that inclusive and sustainable industrial development will be a key driver for the successful integration of the economic, social and environmental dimensions,” said Mr. LI.

Facts about the water–energy nexus

World Water Day: Focus on the Water–Energy Nexus by Carol Smith is licensed under a Creative Commons Attribution-NonCommercial-ShareAlike 4.0 International License.