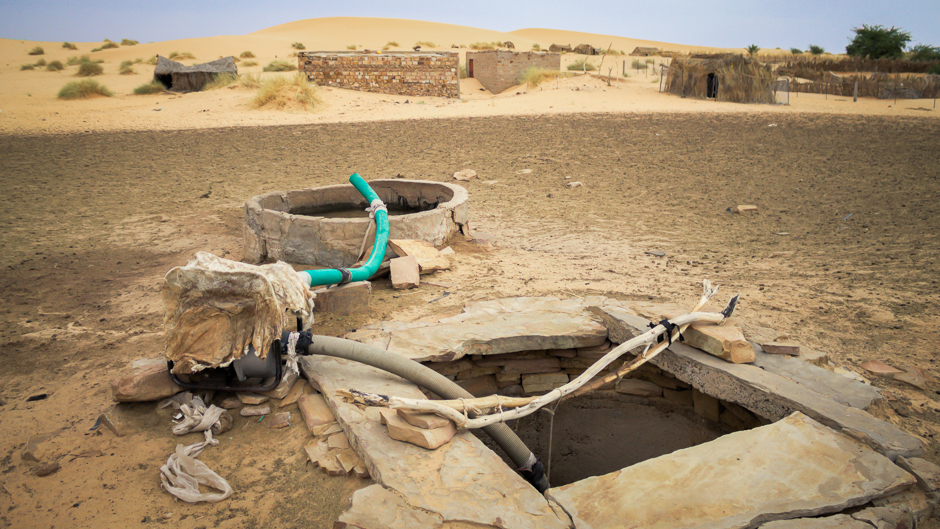 When it comes to water security — a reliable, good supply of safe water — just 29 African countries have made some progress over the past three to five years. Twenty-five countrieshave made none.

The UN’s concept of water security encompasses various needs and conditions. These include: water for drinking, economic activity, ecosystems, governance, financing, and political stability. Water security, therefore, is not just about how much natural water a country has, but also how well the resource is managed.

The assessment is limited by very poor data on some issues — such as access to drinking water or sanitation. It nevertheless offers some preliminary, but obvious, conclusions.

Without water security, people are exposed to environmental and health risks, increased susceptibility to water-related disasters and lack water for economic and social use.

The assessment team hopes that as this quantitative tool develops, it will help generate targeted policy recommendations and inform decision-making and public-private investments toward achieving water security in Africa.

Except for Egypt, all countries scored below 70. Only 13 of 54 countries were found to have a “modest” level of water security. Somalia, Chad, and Niger appear to be the three least water-secure countries in Africa.

Over a third of the 54 countries had “emerging”-level water security, representing a large gap to be closed to reach an acceptable level. These countries are home to half a billion people.

The situation doesn’t appear to be improving very quickly. Between 2015 and 2020, the continent as a whole progressed only by 1.1% based on the indicators.

Here is an overview of how countries fared on each indicator.

“At least basic” means access to improved water sources — such as piped water, protected hand-dug wells, and springs. These either need to be “safely managed” (accessible on premises, available when needed, and free from contamination) or can be collected in a trip of 30 minutes or less.

Access to sanitation — meaning access to, and use of, sanitation facilities and services — was broadly similar at the regional level. There’s an average of 60% access to limited sanitation. This means at least 40% of the total population (483 million people) are left behind.

A few countries — Seychelles and most countries in north Africa — have reached, or nearly reached, 100%. The most challenged countries are Chad and Ethiopia.

Chad and the Central African Republic suffer from the highest number of deaths from diarrhoea, an indicator of ineffective hygiene practices.

The amount of water available per person was highest in central Africa, with the Republic of Congo considered Africa’s most water-rich country. At the other end of the spectrum, half of the countries in north Africa appeared to be absolutely water-scarce.

Water availability has recently declined in west, central, and southern Africa. This was most notable in Cote d’Ivoire, Cameroon, Somalia, Mozambique, and Malawi.

This indicator assesses the economic and social value. The score is a sum of efficiencies — a measure of how well a country uses the water it has in its economy.

Water storage in large dams, measured in volume (cubic meters) per capita, is deemed best in the southern Africa, worst in east Africa.

South Africa, with over 25% of all large dams in Africa, is outscored by Ghana, Zimbabwe, and Zambia, likely due to just one mega reservoir in those countries.

Half of all countries score very low, reflecting the continent’s low level of water storage development. Only Ethiopia and Namibia have increased their storage over recent years.

Scores are highest in north African countries, lowest in east and west Africa, where 12 countries in each region treat less than 5% of wastewater. No country treats more than 75%. Only Tunisia, Egypt, and Lesotho treat over 50% of wastewater.

Governance takes into account the various users and uses of water with the aim of promoting positive social, economic, and environmental impacts. This includes the transboundary level.

Liberia, Guinea-Bissau, and Comoros are the lowest-performing countries.

Disaster risk is a measure of the potential loss of life, injury, or destroyed or damaged assets, which could occur to an ecosystem, or a community in a specific period of time.

Egypt stands out as Africa’s most water-dependent country. It relies on the Nile River, which flows through 10 countries — Tanzania, Uganda, Rwanda, Burundi, Democratic Republic of Congo, Kenya, Ethiopia, Eritrea, South Sudan, and Sudan — before reaching Egypt. And the southern Africa sub-region has a wide disparity in available water per year.

Preparing for the future

Our paper calls for a pioneering effort to create global standards for water security measurement data and assessment.

Some critical components of water security simply cannot be assessed without good data. For example, it’s not possible to estimate the percentage of the African population that will have access to safely managed drinking water services or safely managed sanitation by 2030, a key UN Sustainable Development Goal.

Our water security assessment tool is a work in progress, guided by a goal of an influential and nationally-owned tool used by all African countries and that it helps generate targeted policy recommendations and inform decision-making and public-private investments in Africa.

Dr Grace Oluwasanya is a researcher at the UNU Institute for Water Environment and Health. She is a water scientist with extensive training in water resources management across developing and western nations and over 20 years of experience in the areas of water systems risks analysis, water safety planning, water quality and public health protection, and water security issues.

Duminda Perera is a senior researcher (hydrology and water resources) at the UNU Institute for Water, Environment and Health. He has 15 years of research and technical assistance experience with a primary focus on water-related disasters.