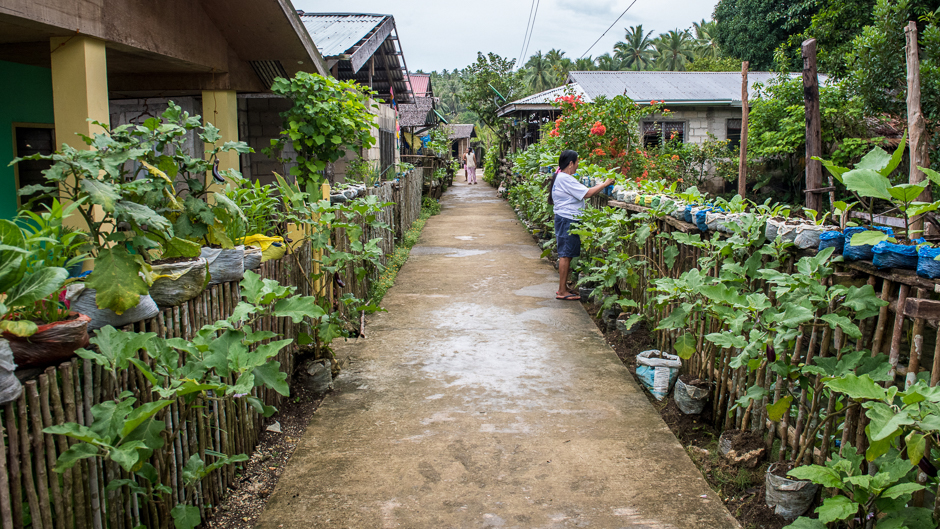 Is eradicating poverty, a goal the United Nations hopes to achieve by 2030, actually feasible? New research out of Ecuador says yes — if governments are willing to pay for it.

According to a study of Ecuador’s Human Development Bonus (Bono de Desarrollo Humano, or BDH) by the UNU Maastricht Economic and Social Research Institute on Innovation and Technology (UNU-MERIT), direct cash transfers have definitively improved social mobility, or the ability of individuals or households to move between social strata. And it has helped poor families climb out of poverty, especially when complemented by other economic-inclusion programs.

Ecuador’s BDH is a cash transfer given to extremely poor families each month, as long as their children are regularly attending school and health clinics. Since 2003, each beneficiary household has received US$15 every month, irrespective of household size (Ecuador uses the US dollar). The amount was increased to US$30 in 2007, US$35 in 2009, and US$50 in 2013.

Unlike similar programs in other Latin American countries, including Mexico’s Prospera and Brazil’s Bolsa Familia, where monitoring of student attendance and nutritional compliance is quite strict, in Ecuador conditionality is somewhat soft.

But the literature is scarce when it comes to the long-term effects of such transfers.

It sought to answer such critical macro-level questions, such as does more cash, with or without conditionality, actually increase the social mobility of the poor? And does an assured basic income establish the baseline security necessary for people to feel free to pursue their goals?

Preliminary results were released in a January 2017 working paper co-authored by Franziska Gassmann and myself. We showed that the BDH does have a positive long-term effect on individuals and families.

Between 2009 and 2014, households receiving the BDH increased their welfare index — meaning that their wealth grew, as did their ability to rise through the ranks of society, in both absolute and relative terms — by between 12% and 13.6%, compared to people who did not receive the cash transfer.

Our finding demonstrates that the BDH improves recipients’ well-being not just temporarily, but in the longer term, thereby fostering social mobility among Ecuador’s poorest sectors.

Our study also showed that welfare increases in keeping with higher cash transfers. A 10% higher BDH transfer amount, or an extra US$3 per month, correlates with a rise in welfare of 0.79% to 0.86%.

For economists and policymakers, our research results should confirm that cash transfers must not be seen as merely a way to ensure the minimum level of food consumption, education, and access to health for society’s poorest. Rather, they are a tool for fostering longer-term social mobility.

The finding that size matters is also noteworthy. The more money families receive, the better their outcomes.

Finally, social transfers such as the CDH that have the explicit objective of starting a business have an even stronger effect on absolute mobility. Thus, to enable social mobility, anti-poverty policies should be geared towards improving access to physical capital and income-generating activities (vocational training, for instance, and financial services).

These findings are consistent with the idea that social safety nets play a productive role in society. It also confirms our intuition about promoting productive capacities.

In this sense, the role of social transfers can and should be to overcome so-called “poverty traps” such as credit constraints, opportunity and transaction costs, and the non-optimal decision-making that can come from extreme scarcity.

To mitigate poverty traps, policy instruments should consider household composition (gender, for instance, and age) and economic vulnerabilities (such as disability and level of formal education, amongst other things). A cash transfer does not mean the same thing to everyone; it must be designed considering each household’s specific needs.

The study also confirms that governments must enact complementary policies if they hope to reduce social exclusion for society’s most vulnerable, those who struggle with more than just poverty. Laws promoting reproductive health, fostering gender equity, and reducing opportunity gaps between ethnic groups or between urban and rural areas will give cash transfers like the BDH more bang for their buck.

The economic growth of developing nations is a necessary condition for poverty reduction, but it has never been sufficient. If correctly designed and complemented, cash transfers can have a transformative effect on society’s poorest members. They can effectively and efficiently smooth consumption, foster social mobility — and, possibly, eradicate global poverty.

“Yes, Giving Money to Very Poor People Will Make Their Lives Better — Just Ask Ecuador” by Andrés Mideros Mora is licensed under a Creative Commons Attribution-NoDerivatives 4.0 International License. Permissions beyond the scope of this license may be available at The Conversation.

Born in Quito, Andrés is an economist from the Catholic University of Ecuador. He holds a Master Degree in Economics, major in Development Economics, from the Latin American Faculty of Social Science, FLACSO – Ecuador, where he received the Best Thesis Award. He is also holds a Master of Science in Public Policy and Human Development, specialisation in Social Policy Financing from Maastricht University, where he received the Top 3% and Best Thesis Awards. Currently he is a PhD Fellow at Maastricht Graduate School of Governance and UNU-MERIT, Maastricht University, and Assistant Professor on Development Economics at the Catholic University of Ecuador. He writes on poverty and inequality, social protection and socio economic development, with occasional excursions into governance and politics. He has more than ten years of experience as a researcher and consultant. He has served in international organisations and governmental institutions as ministerial advisor on social policy and vice-minister. He specialises in social policy analysis.