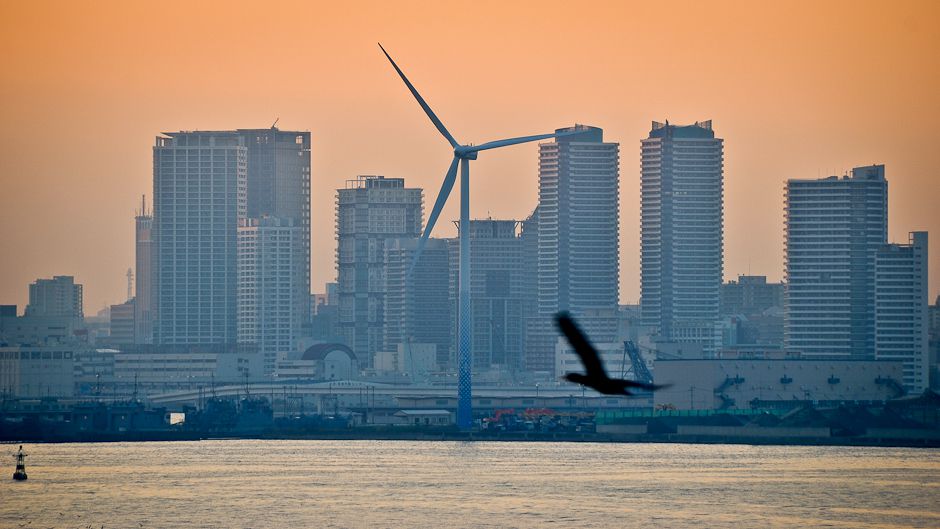 Cities around the world must take leadership in solving global environment problems. The reason is simple: cities cover just 2 percent of the world’s surface, yet they consume 75 percent of our global resources.

This responsibility is a serious one, as the interdependence of the world grows ever deeper on a range of fronts, including food production and consumption, natural resource depletion and economic/financial issues (e.g., the recent sub-prime problems and associated credit crunch). We are also witnessing an increasingly interconnected web of environmental problems, such as climate change, water scarcity and ecosystem loss.

Recognition of these complex links requires that we very seriously consider the daily impact we, as individuals, have on the planet. But more importantly, we now have no excuses and must take appropriate action.

The socio-economic system of mass production, mass consumption and mass disposal has brought Japan considerable material affluence. At the same time, this system is placing a tremendous burden on the environment in terms of waste and the depletion of natural and energy resources. In recent years, this situation has prompted the Government of Japan to overhaul laws and regulations with the aim of realizing a recycling-based society, one that sets limits on the consumption of natural resources and reduces environmental impact.

Most recently, on 22 July 2008, the Japanese government announced the selection of Eco Model Cities to lead the way in promoting ambitious cuts in carbon dioxide emissions. Yokohama is one of six “environmentally friendly model cities” chosen from among the 82 applicants.

With a population of 3.64 million, Yokohama has already recognized its responsibility to help protect the global environment. In 2003 the city implemented the G30 Plan, which set the goal of reducing waste by 30 percent. This target was achieved in 2005, five years ahead of schedule, and prompted the setting of a new goal, as well as the closure of two waste incineration plants.

Yokohama’s next course of action is the development of countermeasures against global warming. In January 2008, the city launched CO-DO30, an action plan that aims to reduce per capita emissions of greenhouse gases by more than 30 percent by 2025.

Undertaken ahead of efforts by the national government and other local governments, this novel initiative aims to cut CO2 emissions through the promotion of energy conservation at public facilities, and by encouraging residents and businesses to adopt lifestyles and practices that reduce emissions of greenhouse gases.

The city is also enthusiastically adopting green energies to encourage a shift away from fossil fuels. One new energy initiative is the wind power station, nicknamed Hama-Wing, that began operating in April 2007. The Hama-Wing is expected to produce approximately 3 million kWh of electricity per year–enough to cover the annual power consumption of about 860 households. It is calculated that this will result in a reduction of about 1,100 tons of CO2.

The Hama-Wing not only promotes the utilization of natural energy, it was also intended to spark concrete action by individual residents to help advance Yokohama’s position as a city of environmental action. For this reason, the city did not invest taxpayer’s money in the construction of the Hama-Wing. Rather, it pushed the project forward with cooperation from citizens by issuing bonds open to purchase by residents. With 350 individuals making purchases, the bonds sold out in only three days.

Yokohama further enlisted local businesses, obtaining sponsorship funds from numerous enterprises to raise capital for operation and maintenance costs and for redemption of the public bonds. These sponsoring enterprises are known as Y-Green Partners.

Cooperation in the Tokyo metropolitan area

The Tokyo metropolitan area, of which Yokohama is a part, is the political and economic heart of Japan. It is also home to a quarter of the country’s population, or about 34 million people. The lively economic and social activities of the area generate a huge amount of CO2 and so Tokyo must take the lead in making efforts to reduce greenhouse gases.

In April 2008, eight governors and mayors from the Tokyo metropolitan area, as well as representatives from the region’s business community, gathered in Yokohama to discuss the fight against global warming.

The result was a joint declaration vowing to enhance collaboration in three areas: energy utilization; awareness building and environmental education; and international cooperation and assistance to developing countries.

A fundamental transformation is required in order to tackle climate change and ensure healthy local and global environments for future generations.

While it is no easy matter to change the urban lifestyle of mass consumption, Yokohama sought to do just that, and — with the cooperation it was able to rally to achieve the goals of the G30 Plan — seemingly succeeded.

Hoping to entrench such eco-consciousness into the city’s culture, Yokohama also runs educational campaigns. The Kids’ Energy Conservation Challenge, implemented in 2004, sees Yokohama’s elementary school students working on energy saving activities in their homes during summer vacation. Corporate sponsors then make donations to the World Food Program (WFP) according to the results achieved by the children.

This initiative continues to expand each year. In 2007, about 23,000 elementary school students participated in the program and were supported by 75 of the city’s companies. The donations raised were used in a tree planting project in the Republic of Guinea-Bissau.

Yokohama and the world

Fiscal 2008 has been designated the year of “Yokohama and the World“. As urbanization progresses around the world, Yokohama can present itself as a paradigm for the cities of the future.

By addressing environmental issues and voluntarily practicing environmental stewardship, the city can prove that it is determined to pursue the realization of a sustainable society and to move forward with concrete community-based environmental actions.

This article is based on an original publication in Japanese. The article was translated and edited by the United Nations University.

Hiroshi Nakada was elected Mayor of Yokohama on 8 April 2002, becoming the youngest person ever to head one of Japan’s major cities. In April 2006, he was re-elected for his second term.

Mayor Nakada was nominated as the Global Leader of Tomorrow (GLT) in 2003 and Young Global Leader (YGL) in 2005 by the World Economic Forum (WEF).

Prior to assuming the Mayoral position in Yokohama, Hiroshi Nakada served three terms as a member of the House of Representatives of Japan.