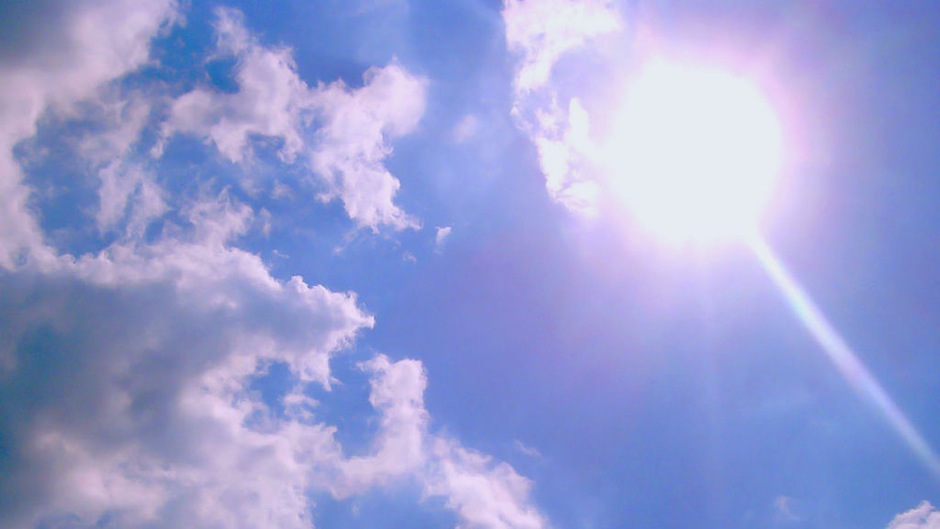 The Japan Meteorological Agency (JMA) has announced that 2014 was the hottest year in more than 120 years of record-keeping — by far. The US National Oceanic and Atmospheric Administration (NOAA) is expected to make a similar call in a couple of weeks and so is NASA. 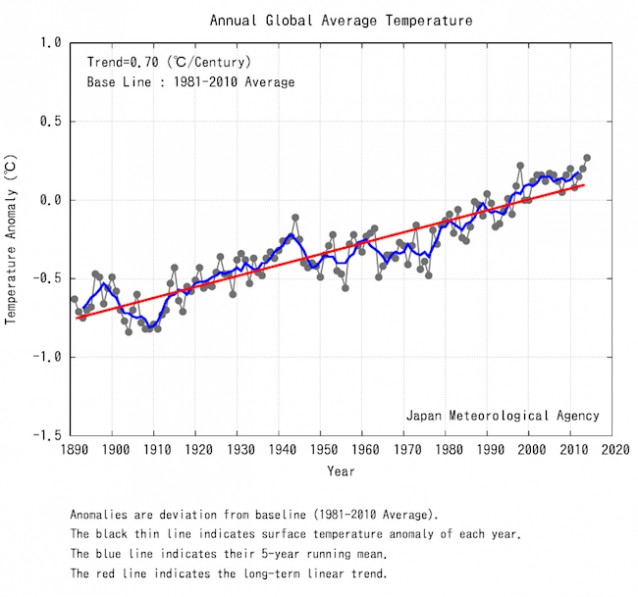 As the JMA graph shows, there has been no “hiatus” or “pause” in warming. In fact, there has not even been a slowdown. Yes, in JMA’s ranking of hottest years, 1998 is in (a distant) second place — but 1998 was an outlier as the graph shows. In fact, 1998 was boosted above the trendline by an unusual super-El Niño. It is usually the combination of the underlying long-term warming trend and the regional El Niño warming pattern that leads to new global temperature records.

What makes setting the record for hottest year in 2014 doubly impressive is that it occurred despite the fact we’re still waiting for the start of El Niño. But this is what happens when a species keeps spewing record amounts of heat-trapping carbon pollution into the air, driving CO2 to levels in the air not seen for millions of years, when the planet was far hotter and sea levels tens of feet higher.

The JMA is a World Meteorological Organization (WMO) Regional Climate Center of excellence. The WMO had announced a month ago that 2014 was on track to be hottest year on record. Different climate-tracking groups around the world use different data sets, so they can show different results for 2014 depending on how warm December turns out to be.

But in mid-December, NOAA said it’s all but certain 2014 will be a record setter. It released this figure showing that all plausible scenarios for December still leave last year as the hottest ever: 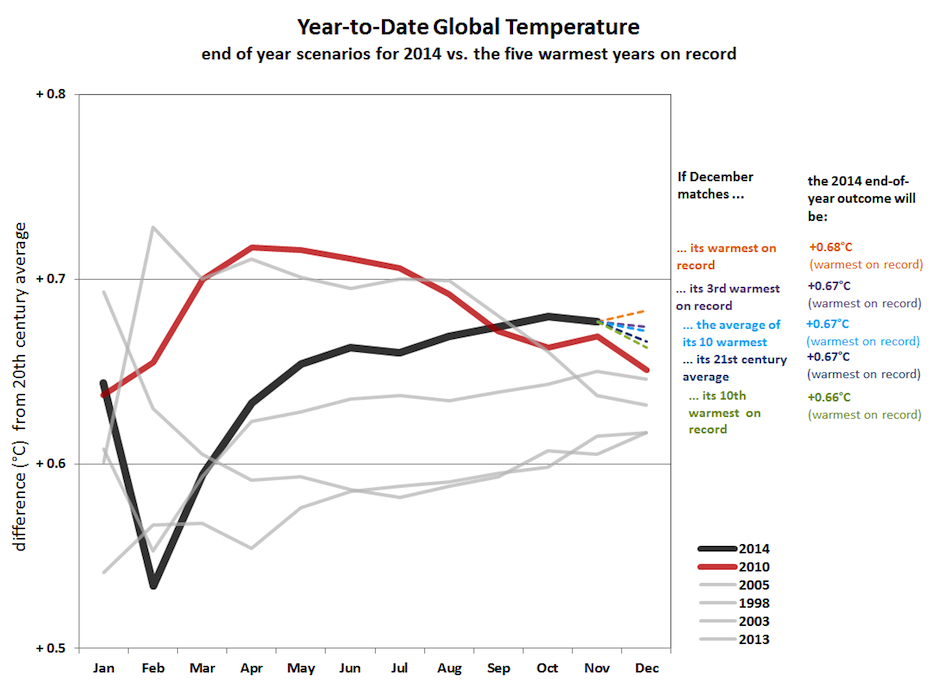 If you were wondering how 2014 could be the hottest year on record when it wasn’t particularly hot in the United States (if we ignore California and Alaska), NBC News has the story. It turns out there’s like a whole planet out there that has been getting very toasty:

Some of the hottest places in the world in 2014 included:

The permafrost (soon to be renamed the permamelt) contains twice as much carbon as the entire atmosphere. If we don’t reverse emissions trends sharply and soon, then the carbon released from it this century alone could boost global warming as much as 1.5°F.