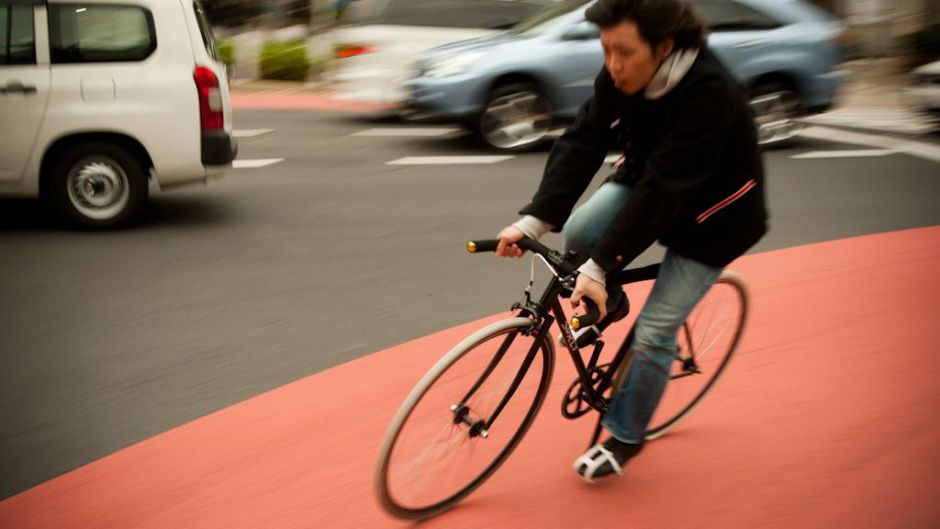 “When I see an adult on a bicycle, I do not despair for the future of the human race,” said British author and futurist H.G. Wells.

What is it about the humble bicycle that rings our bells, so to speak?

Is it the fact that you can get to and from work, school or the shops and stay fit at the same time? Or is it the convenience that comes with getting from point A to point B at your own pace without having to worry about getting stuck in traffic, the rising cost of petrol or getting a seat on public transport? Or maybe it is, more simply, a feeling of freedom.

Most probably it is a combination of all of these things.

The eternal beauty of the ‘bike’ is that you can use it as much as you like, but it still has almost no impact on the natural environment (only walking is better than cycling). On a given day in Tokyo (as these candid images illustrate), the diverse array of people using bicycles here in this urban sprawl of 30 million souls includes:

• the middle aged salary man riding to work on his fold-up bike in his business suit every day;
• the trendy adolescent skipping off to do some window shopping;
• the stay-at-home mother dropping not one, but two kids off at school;
• the pack of old men determined not to be late for their morning gate-ball contest; and,
• the serious cyclist kitted out in tight lycra and a fancy water-bottle pouch. 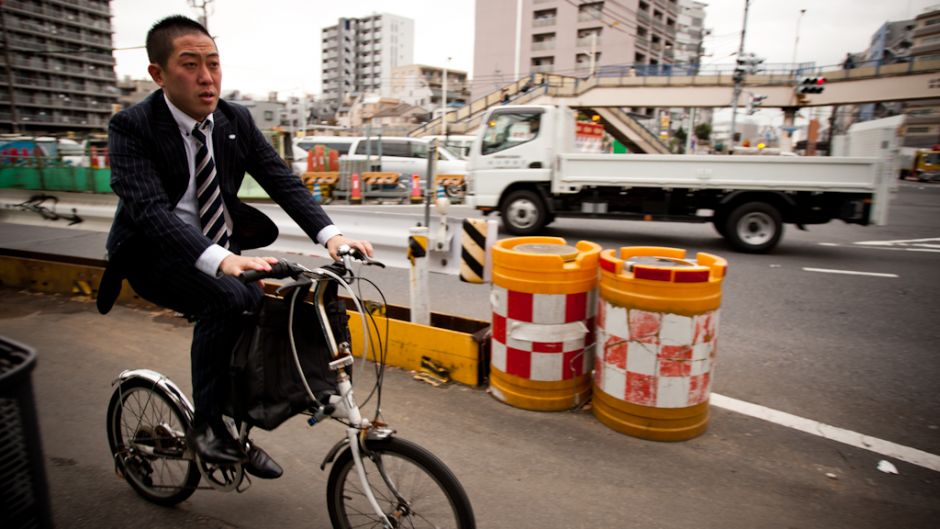 The myriad health-related, economic and environmental benefits of riding bicycles are well known and well documented. Yet, despite upward trends in some cities across the globe in recent years, only 0.55% of American commuters ride bikes to work.

So, what will it take for more people in your city to bike around?

There are lots of initiatives here in Japan to promote cycling. One good example is the Green Pedal Map – for your precious bike life! The map in English and Japanese provides information on bike lanes, danger zones, rental locations, bike parks and so on.

However, the most desirable answer is real leadership in urban development and planning that makes bike-riding a safe and practical alternative to the motor car. In many large cities right now, for longer trips in particular, many potential cyclists would say that riding is ‘too dangerous’, ‘too time-consuming’ and ‘too sweaty’. 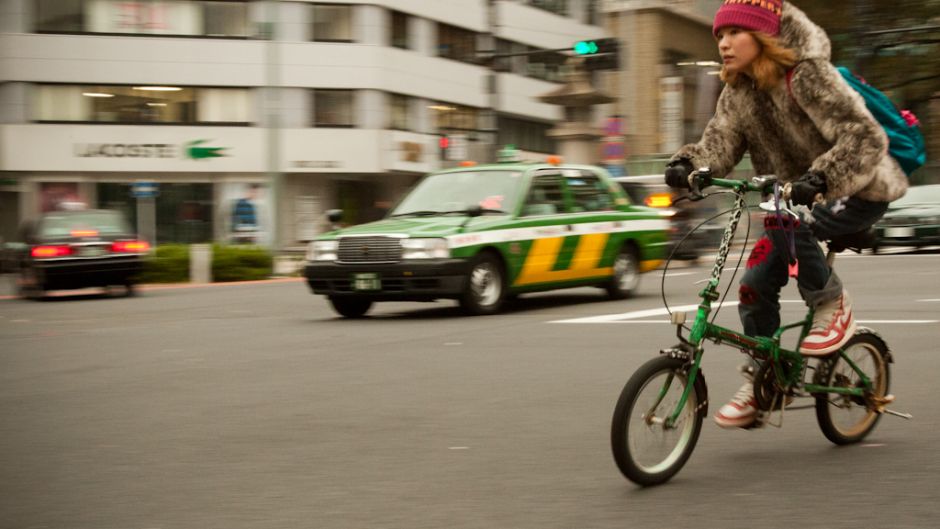 Strategies for change should enable safe riding across cyclists’ journeys, from their bike racks at home, to work, school and the shops, and back again. Good policies include coordinated local and national government investment in bicycle infrastructure such as bike lanes and paths and parking areas.

Businesses also have an important role to play in making showers and safe parking areas available for their employees — this can only be beneficial as physically healthier employees make happier and, of course, more productive workers.

Luckily we do not have to look too far to find creative and successful initiatives that have already worked. To give just one example, in Oslo, Norway, the affordable public bike system has received widespread acclaim and is being copied in other cities around the world.

From hikes to bikes

Despite these innovations, the more likely catalyst for change in the long term lies in higher petrol prices. In 2008 we saw how the economic incentive to ride to work increased due to petrol price hikes. A survey by the US organisation Bikes Belong Coalition found not only that bike sales had increased significantly, but also that customers in 95% of surveyed shops cited high petrol prices as a reason for their purchase.

If, as those who believe in peak oil expect, petrol prices continue to rise (oil prices have doubled in just 12 months ), then communities of all sizes should anticipate this trend and prepare for it. Ironically, transition to a bike-friendly city will be most difficult in cities like Los Angeles with poor public transport infrastructure and populations attached to the comforts and speed, at least in theory, of the motor car. 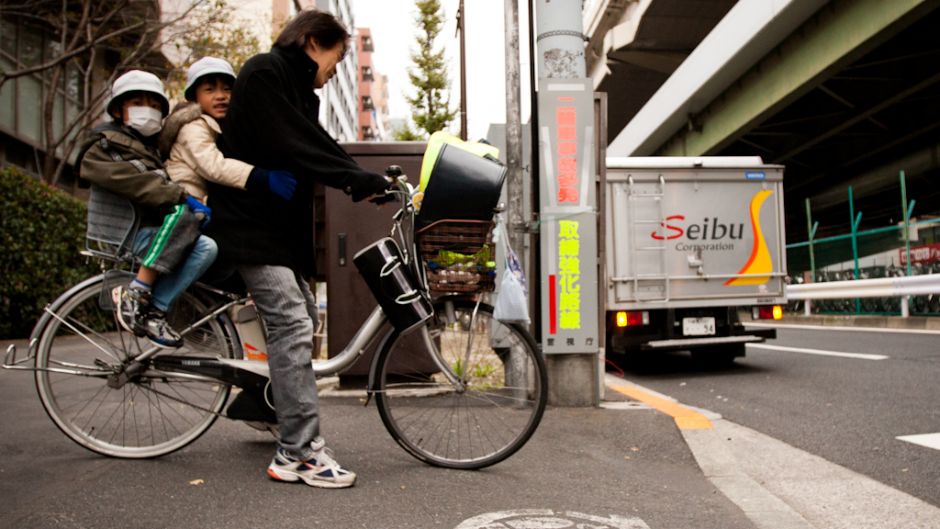 Many cities with efficient transportation infrastructures, in particular through trains and subways, make it attractive to ride only to the nearest station or for short trips. Therefore, catering to a range of commuters in car dependent cities will also require substantial and integrated investments in public transport infrastructure.

In recent years in the spaced out capital of Australia, Canberra, the Bike’n’Ride initiative has provided an incentive for potential cyclists to ditch their cars in favour of a convenient bicycle and bus combination. Bike riders who ride to a bus stop can attach their bikes on the front of the bus for free. Other integrated solutions include congestion charges for cars in the inner areas of cities like London, which encourage people to use more sustainable forms of transport.

Still, instituting these changes in large North American, Asian and increasingly African and Latin American cities that have not been planned with the needs of cyclists in mind will require more than infrastructural change. A real bike-friendly city requires citizens that understand, and are open to the idea of bicycles being part of the urban fabric. This can only come as more and more people experience the benefits of riding and themselves feel a sense of pride in having a bike-friendly city.

An important cultural value will be inclusiveness. Bicycles are not, and should not be seen as the domain of a group of hard-core fitness orientated riders. Rather, there should be spaces that enable people of all ages, genders and social statuses to ride with each other and alongside pedestrians and road vehicles.

In Tokyo, those walking on crowded sidewalks are accustomed to sharing limited space with those cyclists who would prefer not to pedal on the street. Pedestrians are willing to step aside to allow cyclists to pass and cyclists are (generally) patient and careful at making their way through the throngs.

All of us can lead the pack in fostering this culture. With obesity such a problem in developed societies, as well as a growing problem in developing countries, adults who ride can provide a good example to their kids. Or maybe, it’s the other way around. 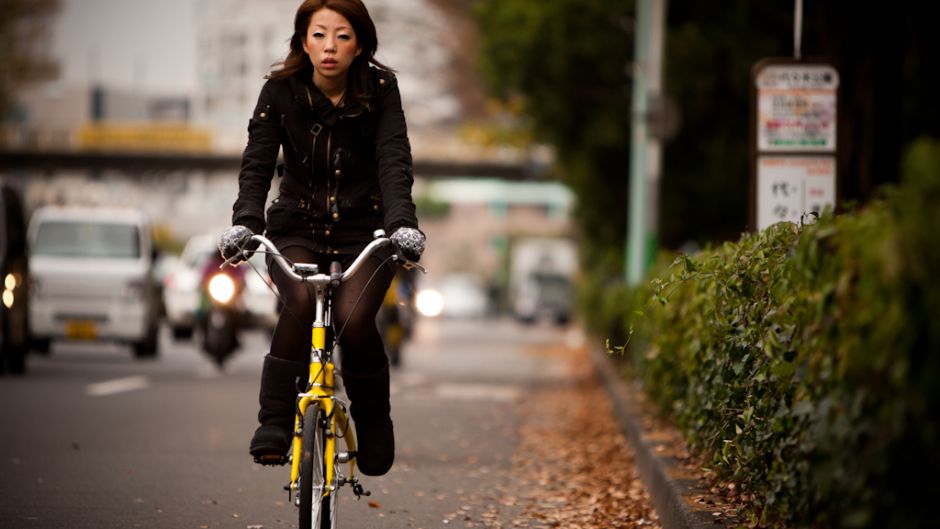 Evidently, if decision-makers — politicians, policy-makers and urban planners — use bicycles themselves, they are probably more likely to initiate forward-thinking bike-friendly policies for their constituents. The Danish Minister for Climate and Energy rides to work, along with 37% of Copenhagen residents. How does your city mayor or state representative get around?

Changing attitudes towards bicycles will take some time. Societies overwhelmingly view the road as a space for cars and trucks. The hope is that the freedom to pedal is not abused by zealous riders, in the same way that the freedom to drive is seen, incorrectly, by many to be an entitlement.

Now tell us about your bicycle love story.

Bicycles: a love story by Mark Notaras is licensed under a Creative Commons Attribution-NonCommercial-ShareAlike 3.0 Unported License.