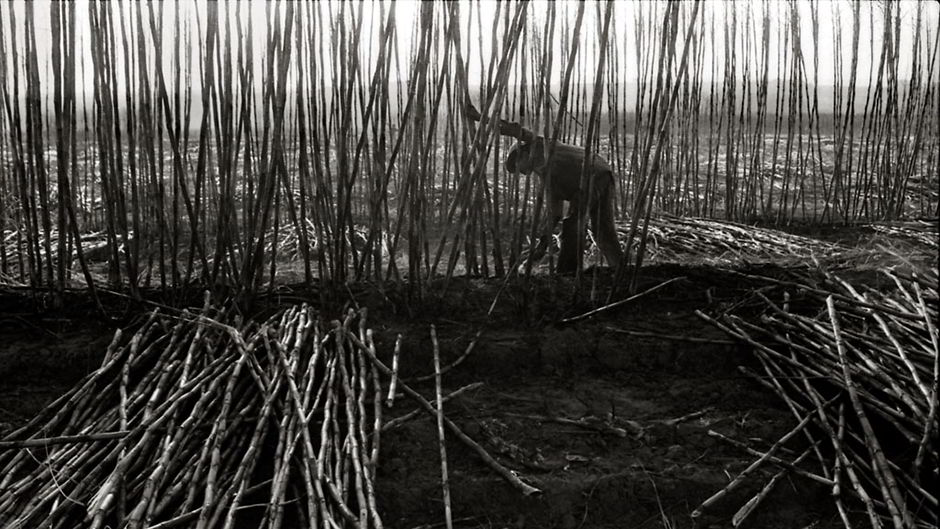 Bechara Saab, a Brazilian rancher near the city of Londrina in the state of Paraná, has developed an easy way to convert a cheap waste product into feed for his cattle.

Bagasse is the fibrous residue from processing sugar cane. Currently many laboratories around the world are trying to find ways to ferment this bagasse, a process that makes it digestible and highly attractive for feeding cattle.

This research is typically based around a particular fungus, which is able to convert cellulose, a major component of plant biomass, into glucose. However, the procedures developed so far are expensive and their use outside the lab in large-scale production is not yet proven.

The simple new technique developed by Saab involves stockpiling the bagasse and letting it ferment naturally over a period of several months. The fact that there is a lot of bagasse and it is very cheap (estimated at around US$3 a ton), means that Saab may have found a cost effective answer to the cattle feed headache faced by Brazilian cattle-ranchers.

Why is there so much bagasse available in Brazil? The answer is simple: ethanol.

Success of bio-fuels in Brazil

The need to move away from oil and find new ways of powering our society is an increasingly hot topic. While the economic, environmental, and social impacts of bio-fuel production continue to be widely debated, in recent years the use of bio-diesel and ethanol has gained in popularity.

There are around 16 million flexible-fuel vehicles (running on a mix of ethanol and gasoline) on the roads around the globe.

The amount of ethanol in the fuel varies from country to country. In the United States, for example, flex-fuel cars are optimized to run a blend of 15% gasoline and 85% ethanol (called E85 fuel), whereas in Brazil there are vehicles designed to run on 100% ethanol (E100).

Brazil has one of the most established bio-fuel programmes in the world — 50% of the fuel used for vehicles is ethanol.

According to the Copernicus Institute, Brazil’s ethanol is comparatively sustainable. There are many reasons for this. For example, sugarcane provides a high yield of ethanol per unit of planted area, and also Brazil possesses advanced agri-industrial technology.

[quote quote=”While ethanol can be an effective solution for Brazil, it is one that can only be replicated in a few other tropical countries.” ]

A World Bank report also shows that Brazilian ethanol production results in greater reductions of greenhouse gas emissions than the US’s corn-based ethanol, and has a significantly better net energy balance (i.e., for every energy unit of gasoline used, over 8 energy units of sugar cane ethanol versus 1.3 units of maize ethanol are produced).

This led the World Bank to criticize corn ethanol and claim that the “grain required to fill the tank of a sports utility vehicle with ethanol (240 kilograms of maize for 100 liters of ethanol) could feed one person for a year.”

Brazil’s ethanol industry is, of course, not without side effects and critics. Further, many agree with author Thomas L. Friedman who — in his book Hot, Flat, and Crowded — points out that that, while ethanol can be an effective solution for Brazil, it is one that can only be replicated in a few other tropical countries.

Making use of the scraps

When sugar-cane ethanol is made, an awful lot of bagasse waste is produced. In Brazil, it is currently used, amongst other things, for paper production and for electricity generation.

According to industry analysis, sugarcane bagasse power generation reached 3.0 giga-watts in 2007, which represents 3.03% of the total Brazilian energy matrix. This is anticipated to grow to 12.2 giga-watts by 2014.

That means that there is a large stockpile of unused bagasse today, which is of low economic value and constitutes a problem for sugar mills and surrounding areas, especially if stockpiled for extended periods, due to the risk of spontaneous combustion.

To minimize this risk, many mills burn much of the excess bagasse in highly inefficient furnaces. In other countries, the bagasse is left to rot, burnt, or finds its way to rivers, where it can have damaging environmental consequences.

So the new technique from Bechara Saab is solving two problems at once: getting rid of excess bagasse and feeding Brazil’s cattle. But there are many, including Rajendra Pachauri, chair of the Intergovernmental Panel of Climate Change, who argue that we should be moving towards a low meat or vegetarian diet.

Modern food production techniques and related transportation have a very large carbon footprint. According to analyses, meat is particularly intensive, due to myriad factors that one article well summarized:

“It takes a lot of energy and other natural resources to produce cattle feed, manage the animals’ manure (a major emitter of methane, a potent GHG), get the livestock to market, slaughter the animals, process and package the meat, dispose of the greater part of the carcass that won’t be human food, market the retail cuts, transport them home from the store, refrigerate them until dinner time, and then cook the beef.”

[quote quote=”It could be claimed that bagasse-fed beef would have a smaller carbon footprint, as the same area used for ethanol production would also in effect be used to grow cattle feed.” ]

Not everyone agrees. As Carlos Sere points out, while meat may be too abundant in the rich North, it is often a very important source of protein in the developing South.

It could be claimed that the cattle raised on bagasse would have a smaller carbon footprint, as the same area that is used for the production of ethanol (itself a sustainable energy source) would also in effect be used to grow cattle feed.

What do you think?

Yasuyoshi Ozawa is a cattle rancher in Brazil. He graduated from Tokyo’s Keio University in 1955. Currently, he dedicates his time to research improvements in the feed value of sugar cane bagasse through deligninification and elimination of hemicelluloses by micro-pulverized lime and by semi-anaerobic fermentation.

Lilian Yamamoto is a PhD Student at Kanagawa University in Japan. She graduated with a degree in Law from Londrina University (Brazil) in 2004.