Citizens Are Telling Cities and National Governments to Cooperate 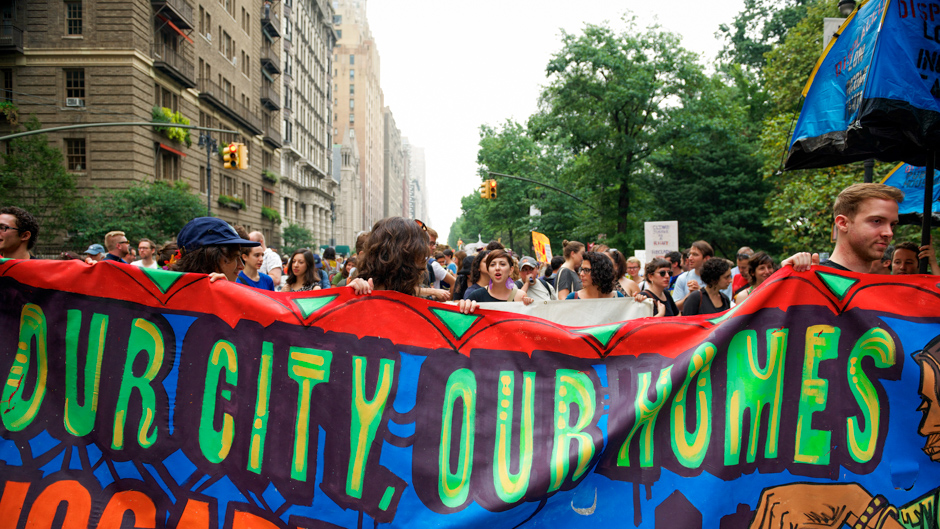 It makes me very hopeful to hear cities increasingly speaking out internationally, especially in the context of Habitat III. Cities have a great capacity to make a contribution to this process, and the voices of cities need to be heard well beyond this forum, as well.

This isn’t to say that cities want to see ourselves as more central or having a more important role — it’s that we want to be useful. We want to help. We want to collaborate, and we want to make our world and our planet a more equal, sustainable, fair and friendly world. That’s why we’re here. That’s why the citizens have put us in charge of the institutions that we represent today.

My city, Barcelona, has always been very committed to defending peace, human rights, solidarity and democracy. This is because we have something that we’re very proud of: a very demanding citizenry. We have citizens that every day remind us that we have to do more and we have to do it better. We should not forget that that’s the very foundation of democracy — a demanding citizenry that’s committed. Citizens need to be listened to by institutions, and we need to obey them.

For me, that’s the most positive and hopeful issue to have arisen in recent years. Increasingly in recent decades, all citizens have been speaking out more and more. We see this in the Zapatista movement or the Seattle demonstrations or other demonstrations around the world where they are demanding more democratic and less neoliberal democratisation. We see this in the Arab Spring or the movements that celebrated their 15th anniversary in Spain recently. In Hong Kong we’ve seen activists, and in New York and Paris, where thousands of demonstrators have discussions in squares and in the streets.

These are just a few of the many examples we’ve seen in recent years of citizens being active. This is good news, and it’s hopeful for us. There’s nothing better for democracy than responsible, committed citizens that speak out to demand more and better democracy.

In Barcelona specifically, in March, it was our honour to welcome one of the pre-sessions for Habitat III, focused on the issue of public space. The draft New Urban Agenda includes a lot of material that was worked on in that session that was very positive. The quality of public space in our cities and in urban environments is one of the most key aspects in guaranteeing the democratic quality of urban spaces.

That is the very nature of democracy — if we go back to ancient Greece, where people met in squares on a level playing field with equal rights and equal responsibilities. It’s the public, democratic space of cities.

Yet there are great conflicts due to growing inequalities in our cities. Our cities are also subject to the conflict of private interests who want to privatise common spaces, and there it’s very important that local governments make our voices heard and provide public leadership. We need to protect that public space as a fundamental space for democracy and to provide for the democratic participation of those citizens that are demanding to be centre stage in developing public policy.

Public space is also closely linked to another concept that we think is key, and that is the “right to the city”. This is a concept that we’ve been developing in a number of different regions — not all regions, but Latin America has been working with this a great deal. In fact, in Ecuador it’s in the constitution, as it is in Europe.

Local governments are asking for a more central role and want our voice to be heard. What we want is for financing mechanisms to be revised, because clearly they’re insufficient. But when we ask for that, we’re not asking to play a more important role in order to compete with states or replace them.

Today, speaking of a right to a city means guaranteeing democratic rights in the city for each and every citizen, no matter where they come from, regardless of their administrative status, and equally in all territories. So what we’re talking about here is guaranteeing rights equally for all citizens in urban environments around the world. That’s what we mean when we talk about the right to the city. We think it’s a key element that needs to be picked up here.

This morning, I was taking my child to a public school in Barcelona. I met another parent who said that he’d spent five years unemployed, without any income and without being able to find a job. Then I took a metro, and a woman told me that she’s a single mother with several children; she has a minimal income and it’s not possible for her to pay rent. Then I went out to the street, where a family stopped me and said that they are losing their house because some international investment funds had bought thousands of housing units as speculation, and it impacted this family.

So the first thing we need to do to respond to this is everything that is required of me, given the institutional responsibility that I represent. But it doesn’t just depend on me. It depends on states. It depends on jurisdictions that are supra-local. At the same time, I can’t respond with excuses; I want to be responsible. As a local government, I want to be able to respond to each and every citizen when what we’re dealing with is fundamental rights for those citizens.

That’s why we’re here, and this is something I would very much like to emphasise: We’re not here to compete with states. Local governments are asking for a more central role and want our voice to be heard. What we want is for financing mechanisms to be revised, because clearly they’re insufficient. But when we ask for that, we’re not asking to play a more important role in order to compete with states or replace them.

On the contrary, we are urgently calling for cooperation that cannot be postponed. All institutions need to be improved at all levels — regional, local, state and supranational, such as the United Nations. We’re here to defend fundamental rights and to implement them, to make sure that they’re respected and that each and every person is able to live a dignified life — those who live in our cities, especially.

We need to cooperate more to that end. That’s the message. That’s also the message being sent to us by our citizens. They are saying, “Don’t fight amongst yourselves. Don’t have turf wars. Cooperate and coordinate your efforts to work toward specific goals.”

We don’t want the Habitat III conference to be just another meeting on the international agenda. We want there to be a before and an after Quito. We want Quito to change things.

In that regard, we like to talk sometimes about “feminising” policy, politics and institutions. We need to feminise politics not just to have more women in places of visibility and in order to develop policy, but also to radically change the values and priorities that have prevailed in the last decades of wild neo-liberalism. We need to work more to network, to put our goals ahead of individual interests. We need to follow the logic of caring for the most vulnerable.

That needs to be the top priority, above and beyond economic or speculative interest in the short run. Clearly that doesn’t mean that we’re anti-economic; on the contrary, we want investments for our cities, but good investments. We want investments in the future that will generate wealth and opportunity for everyone in equal circumstances. We need to cooperate, and from Barcelona we humbly offer our services in any way that we can.

But we don’t want the Habitat III conference in Quito to be just another meeting on the international agenda. We want there to be a before and an after Quito. We want Quito to change things. We want Quito to go toward a process of urbanisation that is based on rights, cooperation and the central role played by all of us — and by the cities. There’s an enormous opportunity here. Quito can be a historic opportunity for all of us, and we want to strongly call upon everyone not to let this opportunity pass us by.

This article (text only) originally appeared at Citiscope as part of the series “Toward Habitat III: World Cities at a Crossroads“. Citiscope is a nonprofit news outlet that covers innovations in cities around the world. More at Citiscope.org.