Climate Crisis: Elephants in the Room are Getting Nastier 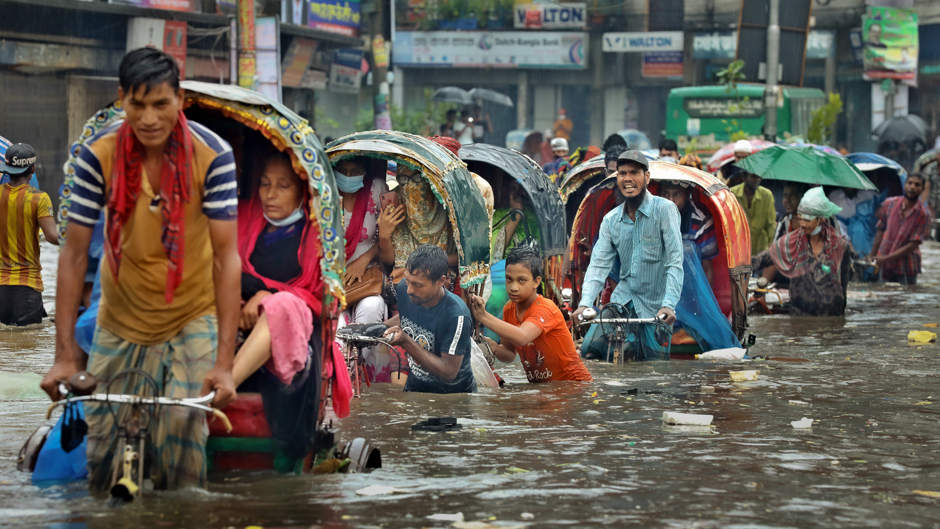 The year 2020 will forever be notorious for the COVID-19 pandemic but it might also be known by historians for a precipitous rise in second order climate change consequences — a new elephant in the room.

Familiar first order consequences, as documented in the World Meteorological Organization’s most recent State of the Global Climate report in April, were the ongoing temperature rise over land and sea, melting sea ice and glaciers, higher sea levels, and changes in precipitation patterns.

Also in 2020, continuing a decade-long trend: widespread drought, heat waves, wildfires, cyclones, and flooding, especially in Africa and Asia but also in South America and the United States.

All these led to the second order consequences: Greater food insecurity and an accelerated explosion in involuntary human migration and displacement worldwide.

While most displacements take place within national borders, cross-border movements are also occurring.

UNU-INWEH, marking its 25th anniversary this year, was among the first international agencies to flag environmental degradation as one of the greatest environmental challenges of our times, warning as early as 2007 of mass migrations of people driven from degraded homelands within a single generation.

A prescription for policy reform at every level of government at that time included harmonizing national policies across government ministries, addressing regional transboundary river basin management and, internationally, better integrating the work of global conventions.

While climate-related disasters have driven human migration since time immemorial, what is new is the protracted nature of the many displacement situations triggered by hydrometeorological events — people are unable to return to their former homes, finding themselves without options for integrating locally or settling elsewhere.

Mozambique, for example, experienced the one-two punch of cyclones Kenneth and Idai, setting the country’s development back decades. And Mozambique is just one of many places where climate shock after shock created ever larger populations of potentially permanently displaced people.

Many vulnerable people on the move, regardless of reason, end up settling in marginal high-risk areas where they are exposed to weather and climate hazards at a range of scales.

As the WHO made clear, the only way through this is the application of risk-based, all-of-society approaches as outlined in the WHO Health Emergency and Disaster Risk Management Framework.

The report also makes clear the compounding effect of climate change on food insecurity, involuntary human migration and the limits of global humanitarian action. And it is at this junction that the elephant in the room starts flattening the furniture.

Nearly 690 million people, or 9% of the world’s population, were under-nourished in 2019, and about 750 million, or nearly 10%, were exposed to severe levels of food insecurity. The number of people classified as living in crisis, emergency and famine conditions has reached almost 135 million people in 55 countries.

In 2020, 50 million people were hit by both climate-related disasters and by COVID-19 pandemic disruptions to the agricultural sector and the food supply chain, elevating levels of food insecurity, malnutrition and under-nourishment

Pandemic-related mobility restrictions and economic downturns have slowed humanitarian assistance to vulnerable people on the move, as well as efforts to support the recovery of persons whose lives were put on hold by earlier shocks.

Humanity in 2020 faced – and continues to face – what amounts to a perfect storm.

Such diseases are linked to altered ecosystems – aquatic and terrestrial – and biodiversity loss. With expanding urbanisation, the draining wetlands and floodplains, converting forests to agricultural fields, etc., the interactions between species from different habitats are increasing, making the leap of zoonotic viruses from animals to humans more likely.

Arresting unsustainable natural resources development and management practices and reducing risks to prevent pandemics is an estimated 100 times less costly than responding to such pandemics.

People are being subjected to repeated and frequent displacement, leaving little time for recovery from one shock to the next. While this has implications for disaster preparedness and management, it also means we need solutions that foster resilience. Without such solutions soon, becoming a refugee in parts of the world could mean being a permanent refugee, living perpetually with compound risk and vulnerability.

Creating conditions to avert or minimize displacement, enabling people to safely stay where they are as much as possible, or to anticipate and draw on the benefits of dignified migration, requires that we modernize human mobility policies and platforms for cooperation, especially now as countries make decisions that will shape our post-Covid world, if indeed such a world will ever exist again.

Robert W. Sandford is the Global Water Futures Fellow at the UNU institute for Water Environment and Health.