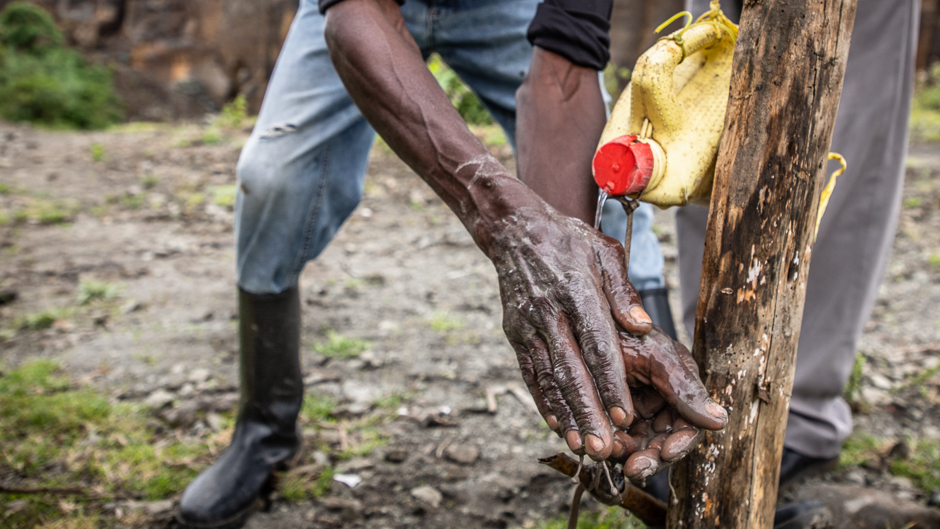 As the COVID-19 coronavirus pandemic spreads, guidance on how to wash your hands and other measures intensifies.

These recommendations are important, but they are hardly of value to the 40% of humanity lacking access to even the most basic hand washing requirements — soap and water.

In most African countries or India, the proportion is even higher — between 50% and 80% of the population.

Even many health centres lack facilities for hand hygiene and safe segregation and disposal of health care waste.

In the least developed countries, basic water services are absent in 55% of health centers that are used by an estimated 900 million people — more than the population of the USA and Europe combined.

More than one million deaths each year — newborns and mothers — are associated with unclean births. Overall, poor sanitation and a lack of safe drinking water take the lives of an estimated 4.3 million people annually.

This ongoing health crisis — a “water illness pandemic” in all but official definition — has been around for generations, but, unlike COVID-19, hardly makes a ripple in international news.

It is unfair to say nothing has been done about it, but progress is so slow that many members of vulnerable groups are likely to continue dying without ever having known what it means to have clean water within a five-minute walk, much less a water tap at home.

The toll [from COVID-19] will almost surely be dwarfed by the four million people likely to die this year from the lack of safe water, sanitation, and hygiene.

Since the year 2000, this hidden water pandemic has quietly killed more people than World War II.

And it is on pace to kill over 40 million more — roughly equal to the population of Canada — in the next 10 years, by which time the Sustainable Development Goals (SDGs) of the UN’s 2030 Agenda are supposed to have been met.

Those 17 goals include one that aims to “ensure availability and sustainable management of water and sanitation for all”.

During the Severe Acute Respiratory Syndrome (SARS) crisis of 2002–2003, nearly 8,100 people were infected and nearly 800 died. COVID-19 is much less deadly, but has already infected 25 times as many people. So, human losses are now over 10 times more than those due to SARS and they keep growing.

Be that as it may, even as COVID-19 takes more lives in the remainder of 2020 despite all efforts of health care providers, and all the measures already taken by governments around the world, the toll will almost surely be dwarfed by the four million people likely to die this year from the lack of safe water, sanitation, and hygiene (WASH).

And the water pandemic deaths will not make headlines.

Those who die due to the water pandemic are, naturally, poor. They do not trade or travel internationally, they do not have mortgages, they do not buy insurance. Callous world financial markets pay little attention.

The ongoing water pandemic is even more distressing because many prerequisites for eradicating it already exist. We know how many people do not have WASH access, and we know where they live. We even know precisely what to do — the technologies needed are available, including low-cost ones.

It would also be naive to think that suddenly the world will focus entirely on the water pandemic.

The problem is primarily a lack of political will and finance and each, of course, connects to the other.

The water pandemic is not particularly “sexy” nor visible in the myriad of other problems that many countries face. Even a decent politician who makes it a priority issue will likely be distracted within her or his term.

As for financing, about 20 years ago we needed an estimated USD 24 billion per year on average over 10 years to bring low-cost, safe water and sanitation to all those who needed it then (inclusive of population growth).

That was probably an underestimate, but even that number was never met. And the shortfall of some USD 17 billion was about equal to annual pet food purchases in Europe and USA.

The absolute numbers required now have not changed much — roughly USD 28 billion per year (from 2015 to 2030) to extend basic WASH services to all those unserved. With “safely managed”, “continuously available,” and “improved” services, the annual requirement rises to USD 114 billion. Yet, four years into the SDG era, we have not been able to meet the required financing levels even for basic services.

To meet the goals by 2030 we will, naturally, need more in the remaining decade, but it is difficult to express optimism that this will be achieved, even though the investment required represents just around 3% of NATO’s total annual military spending.

It would also be naive to think that suddenly the world will focus entirely on the water pandemic.

And, let’s face it, resolving a big development problem like the lack of WASH requires political stability and the absence of corruption, neither of which is the case in many of the most acute problem areas. So, most likely, and unfortunately, progress will only continue slowly.

Can today’s coronavirus crisis “help” accelerate this progress? It might if the virus seriously hits the countries with low levels of WASH and that, in turn, elevates even higher the risks and levels of infection in wealthier countries.

Only then funds might flow, motivated by self-interest of the world’s most fortunate people. The world really needs to “internalize” caring about the lack of WASH to resolve it. One wonders if it ever will.

So, for the time being, at the very least, stay safe from COVID-19 yourself. Wipe your desk and wash your hands, if you are lucky enough to have water.