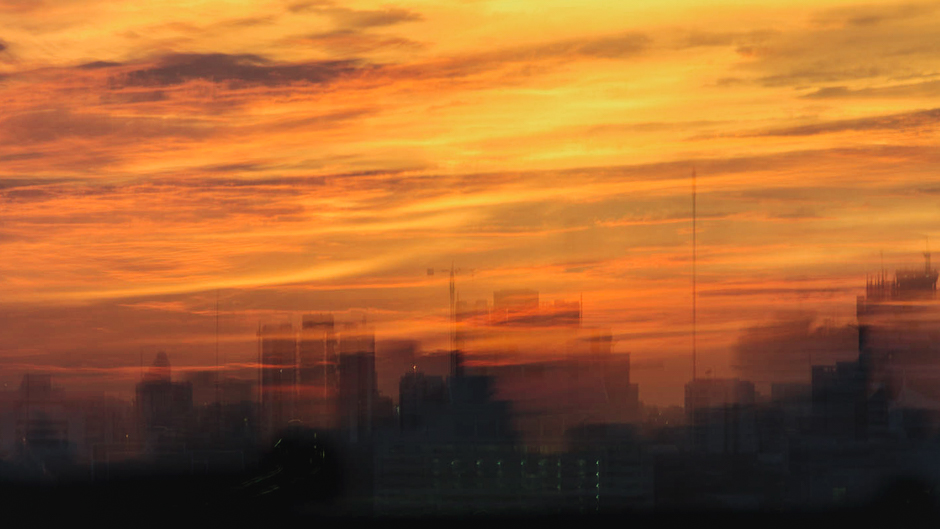 Since the COVID-19 outbreak started in the middle of winter in the Northern hemisphere, it has become clear that it will stay with us throughout and beyond the summer. The past few summers were among the hottest ever recorded, and forecasts have similar predictions for 2020 — the World Meteorological Organization (WMO) has put out a warning that this summer will likely see temperature extremes once again. With heatwaves becoming more extreme and lasting longer, they increasingly affect human health.

For example, in Germany alone, the heatwave of 2003 resulted in nearly 7,000 deaths and many heat-related illnesses such as heat strokes, dehydration, and cardiovascular diseases. Many of these illnesses have to be treated in hospitals and will therefore put an additional strain on the capacities of the healthcare system.

Heatwaves are particularly problematic for urban citizens because densely built-up urban areas are especially prone to the so-called “heat island effect.” This effect occurs when buildings are close together, heating up one another. This is why urban areas are often up to 3°C warmer than their rural surroundings. Additionally, temperatures hardly drop overnight anymore due to a lack of ventilation and thermal absorption of houses and surfaces. This leads to “tropical” nights when temperatures do not drop below 20°C, adding to the residents’ health stress.

When heatwaves strike, people in cities tend to flock to green open spaces, like parks, or to bodies of water because these have a cooling effect. However, this behavior leads to exactly the kind of overcrowding which is not compatible with physical distancing. In the past, many European cities took innovative precaution measures to allow people to cool down. They extended the opening hours of public pools and air-conditioned public spaces like town halls or shopping centers, for example. However, this year we will be facing a complete closure of these facilities, or at least restricted hours of operation.

If the predictions are true and this summer proves to be extraordinarily hot, more people than ever before will be working from heated-up homes — most European countries do not have air conditioning in private residences —instead of air-conditioned office buildings. Their options to take weekend trips to the countryside will also be more limited than usual. Even taking a longer summer vacation to flee hot cities for a couple of weeks will be more difficult to realise.

Yet, if urban citizens are left without options to cool down, it will put an additional burden on healthcare systems as people suffer from heat-related symptoms. The heat will also take a toll on their mental health when, in addition to contact bans and restrictions, they have to deal with the discomfort caused by heat that they can hardly escape.

It is crucial to develop concrete ideas for how the urban population can safely navigate the summer.

Those cities that have already invested in large-scale green or blue infrastructure, such as green open spaces and ponds, will have an advantage. Such multifunctional spaces are not only cooler during heatwaves, but they also protect from natural hazard impacts like heavy rainfalls or flooding, which makes them a worthwhile investment beyond the pandemic. If they are designed in a grid with pocket parks and community gardens, the risk of overcrowded green areas and temporary closures decreases. We need to work out how to best utilise these existing spaces so that a large number of people can cool down safely.

While it may not be possible to build a park in time for a heatwave, it is not too late to create multifunctional spaces with mobile shading elements and some vegetation in crowded neighborhoods. Parking areas or empty lots, for example, have great potential for quick and highly effective conversion. Schoolyards could also be opened up to the public. In addition, we need space for cyclists and pedestrians to safely move around with enough distance between them. Many cities are addressing these challenges. Brussels, for example, has just introduced a new traffic concept for its inner city, and Munich has introduced pop-up trails.

There are also measures that individuals can take which can be encouraged. Green roofs and walls contribute to cooling homes, for example. Now is the time to think about greening houses or retrofitting them, for instance by adding sunshades or vegetation to provide shade. Another measure is to enhance thermal insulation and ventilation systems of residential buildings.

Which measures work best where has to be decided on a case-by-case basis. People’s living arrangements are different and so are their challenges, which calls for different solutions. Those of us who live in small apartments without balconies or gardens, and whose apartments heat up quickly, will be more challenged than those living in large homes with big outdoor spaces. These kinds of social dimensions have to be taken into account.

At the same time, we have to keep in mind that while this pandemic is hopefully a temporary challenge, another more long-term pressing challenge, climate change, must not be neglected in our efforts. While houses and apartments can be cooled down with air conditioning units, experts consider them a form of “maladaptation.” Firstly, air conditioning units use a large amount of energy, which is harmful to the environment, and secondly, they give off heat to the surrounding area, which then gets even hotter.

The long-term goal for livable cities in line with SDG 11 (Sustainable Cities and Communities) must be green-blue infrastructure, which not only benefits climate change adaptation and mitigation (SDG 13), but also gives us space for leisure and recreation, and ultimately contributes to human health and well-being (SDG 3). At the same time, it can contribute to multiple goals of the New Urban Agenda (NUA), as well as targets of the Sendai Framework for Disaster Risk Reduction, including “building back better” as the guiding principle in recovery, rehabilitation, and reconstruction — priority area 4 of the framework.

Finally, there are also some promising societal developments that we have seen with COVID-19. Over the past weeks, numerous community initiatives to support the elderly and other vulnerable groups have been initiated in many cities, including activities that bring together previously unknown neighbors. Younger neighbors go shopping for older neighbors so that they do not expose themselves to the increased risks of contracting COVID-19, for example. Also in other crises, some societal groups tend to be more vulnerable than others. Less vulnerable groups supporting more vulnerable groups is a mechanism that has been proven highly successful in times of crisis, including during heatwaves, making it possible to spare the elderly from having to go to the supermarket on particularly hot days.

It is certain that COVID-19 will profoundly change how we experience summer, but it is not too late to prepare so that we can still enjoy the warmer temperatures.

This article was first published on the International Institute for Sustainable Development’s SDG Knowledge Hub.

Dr Simone Sandholz is a Research Associate in the Vulnerability Assessment, Risk Management and Adaptive Planning section of at the UNU Institute for Environment and Human Security. She holds a PhD in Geography from the University of Innsbruck, Austria.