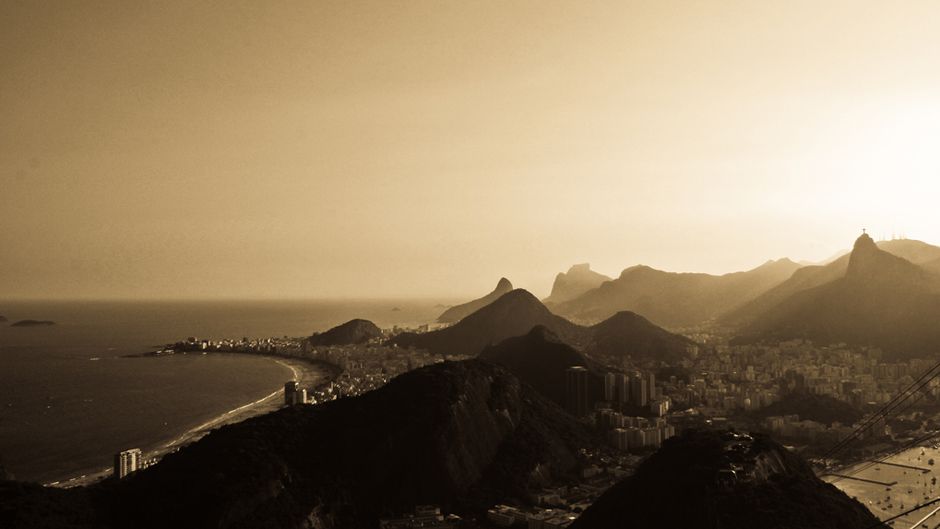 It should be the name of the city that is on everyone’s lips right now, but it is not. Indeed, according to some, the Rio+20 United Nations Conference on Sustainable Development, the largest ever UN conference appears to be “going up in smoke”.

Even to a cynic, that may sound harsh. But as that writer points out, the leaders of Germany, the United States and the United Kingdom (as well as many others, it is rumoured) will apparently not be travelling to Brazil’s iconic city as expected for the 20-22 June conference that marks the 20th anniversary of the momentous 1992 Earth summit.

We should recall that the 1992 Earth Summit was ground-changing. It introduced the Rio Declaration on Environment and Development, Agenda 21, and fostered international support for some major environmental agreements on climate, biodiversity, etc.

So, we can say that the Earth Summit put in place good policies and institutional structures. It did not, however, put the globe nearly far enough on the path to sustainability.

In view of this, a shortage of attendees at Rio+20 is the not the UN’s biggest challenge. At the same time as the global economy is becoming increasingly integrated and the fortunes of different nations more intertwined than ever before, so too is it becoming harder to get consensus from all the players at the negotiating table. This is especially true now that the financial markets are in a mess and many countries are burdened with debt and others are even staving of collapse.

Yet Rio is an attractive destination and, beyond just the 190 or so member nations of the UN (some of whom send huge diplomatic entourages), room has to be made (and rightly so) for global civil society and the private sector. These emerging players also have a stake in and influence on the social and environmental outcomes of global policy. Despite the absence of key players, Rio+20 is still expected to include participation from 50,000 people.

Is a talkfest of thousands of environmental policy players preferable to having no global meeting at all?

In an unequal international playing field, this inclusivity is both symbolically and (has the potential to be) substantively constructive. But at what point do too many policymakers make it impossible for a meaningful agreement to be achieved?

The underwhelming outcomes of previous climate summits in Copenhagen (COP15), Cancún (COP16) and Durban (COP17), seem to support the notion that environment-focused meetings are incentivising anyone and everyone to make an appearance, rather than delivering humanity towards mutually beneficial constructive, measurable and enforceable outcomes. It is becoming evident that we cannot allow ourselves to get locked into international negotiations where the only agreement is to agree to keep talking to each other.

But perhaps we are expecting the impossible — for nation states and other self-interested actors to agree, over a very small period of time, to do something about a very big problem? Already multilateral negotiations intended to lay the platform for a Rio+20 outcome document prior to the intense emotional heat of the summit are struggling.

Rio+20 should be too big to fail. But it isn’t. Developed nations remain reluctant to give ground by signing up to sustainability targets that emerging nations aren’t required to meet — Rio+20’s negotiator’s bind or “Catch-22”, if you like.

This Debate 2.0 is not so much about a single, simplistic question — “will Rio+20 add up to anything?” — but more about how we will measure success and failure at Rio+20?

For example, if key global leaders don’t care enough to come to what the UN Secretary-General believes is “one of the most conferences in the United Nations history” should we really be worried?

Is a talkfest of thousands of environmental policy players preferable to having no global meeting at all? Or is it time to call it a day with mega international conferences and pursue, instead, radical new, perhaps regional or even bottom-up approaches? Or should we look to other ways to galvanise friends and neighbours within geographical confines to agree more on policy and get real change on the ground?

Tell us what you think Rio+20 will add up to both now and in another 20 years.

Debate 2.0: Will Rio+20 Add up to Anything? by Mark Notaras is licensed under a Creative Commons Attribution-NonCommercial-ShareAlike 3.0 Unported License.