Digital Currencies for Countries in Economic Turmoil: Gambling or Opportunity? 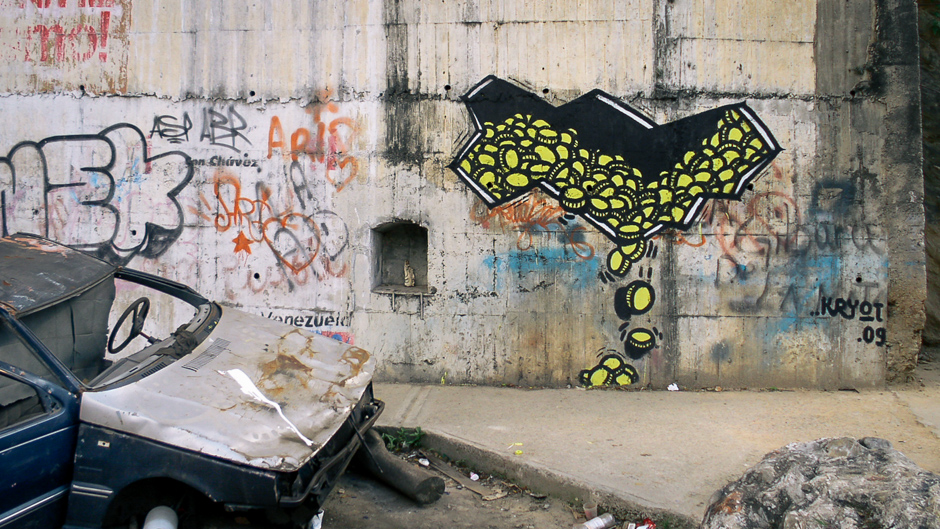 Today, Venezuelans are among the most vulnerable people on the planet as their country spirals into dysfunction. Once the richest country in Latin America, Venezuela is now suffering from the highest inflation rate in the world and enduring an unprecedented humanitarian crisis — including extreme food shortages, increasing violent crime, and a skyrocketing mortality rate due to limited access to basic healthcare.

At the root of this turmoil is the country’s economic dependence on oil exports. Venezuela has the world’s largest oil reserves, and the price of oil increased from about US$11 per barrel in 1998, when Hugo Chávez was first elected president, to over US$140 in 2008. During this period of rising oil prices, the Venezuelan government devised an ambitious plan to redistribute its wealth, especially targeting those at the bottom of the socio-economic pyramid, through several social programmes known as Sistema Nacional de Misiones (the Bolivarian Missions).

Social conditions improved for some Venezuelans, but government overspending, and increased dependence on dropping oil prices, led the country to one of the deepest recessions in history. After a wave of nationalisation under Chávez drove away domestic and foreign investors, the authoritarian tendency of Nicolás Maduro, Chávez’s handpicked successor, coupled with his refusal to reform his oil-dependent economy, has also pushed Venezuela to the brink of collapse.

Fintech to the rescue?

It is impossible to reverse Venezuela’s dire situation anytime soon. But is it possible for information technology to support economic and financial initiatives that ease the pain and limit future failures? This question is a bit like asking a doctor whether a patient in a coma should remain on life support and receive further medical treatment.

So instead of asking “could new financial technology help economically desperate countries such as Venezuela?”, perhaps a better question is “what can we do with such technology?”.

While there is no single definition of financial technology (fintech), it has been referred to as “technology enabled financial solutions”, and “a new financial industry that applies technology to improve financial activities”. Examples of fintech include digital currencies — otherwise known as cryptocurrencies such as Bitcoin — and the blockchain technology that verifies digital currency transactions.

Several studies support the positive aspects of digital currency when implemented correctly, including a 2016 report that demonstrated a significant cost reduction for the global banking system amounting to US$15–20 billion by 2022.

Unlike the coins and banknotes that consumers use daily, a private cryptocurrency (e.g., Bitcoin, Litecoin, or Monero) is digital or virtual money, which is not issued by a central authority nor controlled by the government or a central bank. Blockchain is the technology that authenticates virtual currency exchange by creating a digital peer-to-peer register, which records and stores all transactions (blocks) between parties.

Blockchain technology maintains a transaction database that is permanent, ordered chronologically, and is accessible to all other users of the network, who can remain anonymous. Transaction records are secure and cannot be altered because they are tied to all previous transactions in the database. Simply put, blockchain is a shared platform on which parties who do not know each other, can collaborate without relying on a third party, and without compromising their privacy.

Several studies support the positive aspects of digital currency when implemented correctly, including a 2016 report that demonstrated a significant cost reduction for the global banking system amounting to US$15–20 billion by 2022. The technology has also been shown to simplify and speed up transactions, and promote infrastructure interoperability, resilience, and distributed management. A study last year highlighted the current statistics of cryptocurrency development across the globe and its benefits, such as the growing number of active cryptocurrency users (2.9–5.8 million) and the industry’s growing workforce (1,876 full-time jobs).

However, other studies have highlighted drawbacks due to the speculative nature of digital currencies, which can deteriorate the existing financial system. From January to March 2014, for example, Bitcoin was 18 times more volatile than the Euro in the traditional money markets. Additionally, a currency should serve three basic functions: as a medium of exchange, a store of value, and a unit of account. Bitcoin largely fails to satisfy all of these criteria.

A flip of the fintech coin

Introducing digital currencies into weak and unstable monetary systems is a gamble, and all of Venezuela’s macroeconomic indicators show that it is not an ideal lab for a cryptocurrency experiment. But at the same time, few policy options are available to stabilise the country’s economy. With the hope that a digital currency might help brace the situation, the Venezuelan Government seized the opportunity and created the “Petro” — a government-led cryptocurrency introduced to the market in February 2018. Its value is backed by Venezuela’s oil and mineral reserves (including gold and diamonds).

Criticising the country’s venture into cryptocurrencies without any alternative solutions could be a waste of potential economic innovation.

The government envisions that the introduction of the digital currency will serve as a new form of international financing for the country’s socio-economic development. Indeed, GDP per capita was last reported to be -5.2% and economic growth was at -3.9%. The International Monetary Fund made the frightening prediction that Venezuela’s inflation rate might soar to a shocking 13,000% in 2018. Despite the lack of recent data, a survey performed by three different universities showed that a 7.3% rate of unemployment hides the fact that 38% of Venezuelans are working informally. Another feature reported that 90% of people are living under the poverty line.

However, there are more questions than answers surrounding the Petro’s introduction. So far, involved parties have not been able to achieve a policy consensus, making it very difficult to regulate and operationalise this alternative financial system. Moreover, Venezuela’s opposition-led Congress said it will not recognise the new cryptocurrency, declaring it an “illegal debt issuance by a government desperate for cash”.

For countries like Venezuela, it remains to be seen if digital currencies can be more than a candle in a very long, dark tunnel to economic recovery. But amid the limited policy options for the country’s turnaround, this could still be an alternative solution if managed correctly. Decision makers, both national and international, should see Venezuela as “a patient in need of urgent care”. Criticising the country’s venture into cryptocurrencies without any alternative solutions could be a waste of potential economic innovation.

The views expressed in this article are those of the authors and do not necessarily represent the views of the United Nations University.

Ibrahim Rohman is a Research Fellow at the United Nations University Operating Unit on Policy-Driven Electronic Governance (UNU-EGOV). His current research analyses the relationship between electronic governance implementation and country competitiveness, Research and Development, and innovation and shadow economy.

Soumaya Ben Dhaou is a Research Fellow at the United Nations University Operating Unit on Policy-Driven Electronic Governance (UNU-EGOV), located in Guimarães, Portugal. She is also an Assistant Professor at South Mediterranean University where she was appointed as Lead of the Management of Information Systems Discipline. She coordinates the Master in Business Management programme in Big Data and Business Analytics at the Mediterranean School of Business (Tunisia).