How the UN Should Revolutionize its Data 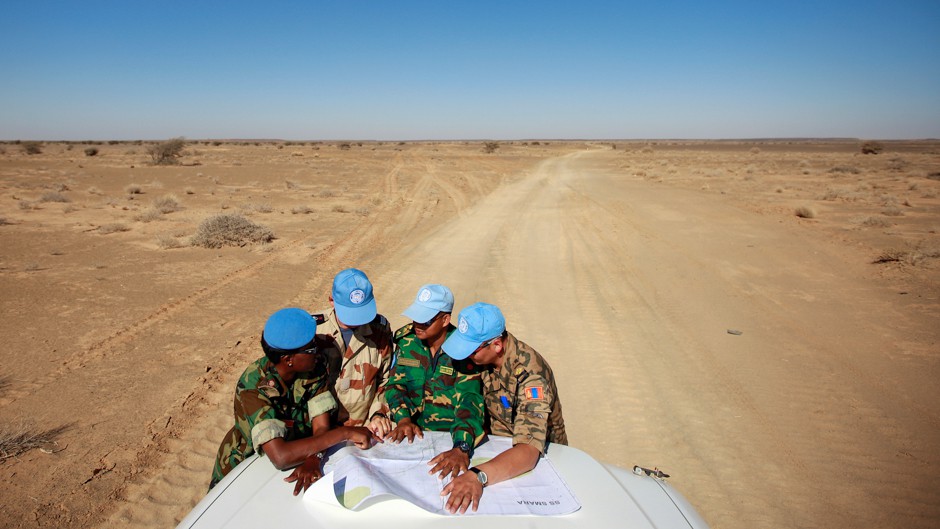 The first three words of the United Nations charter set out who it is that the UN serves: “We, the Peoples“. Recent technological developments, such as geographic information systems (GIS), allow the UN to connect much more directly with “We, the Peoples”. That offers huge opportunities in the fields of development, crisis response and human rights protection — but also huge challenges.

The UN is already using GIS to manage food security, map vulnerability to climate change and even fight wildlife trafficking. The potential range of applications is enormous.

But making maps is a fundamentally political activity. Physically locating yourself in the world is central to understanding where you fit in the world in social terms. Maps help us define who is connected to whom, where we “belong”, and what political authorities we are associated with.

Redrawing maps means redrawing political identity. And that brings with it huge challenges.

Some political actors simply do not want maps to be redrawn. When the UN used new mapping technologies to track the presence of internally displaced people in no-fire zones during civil war in Sri Lanka in 2009, it created an independent evidence-base beyond the control of the government. Predictably, the government objected.

Similar applications of mapping technologies in humanitarian and security crises in Libya and Syria have also proven controversial. Similar challenges could emerge in the development field, as information and communication technology (ICT) increasingly allows citizens to monitor the progress of state-backed development efforts, as is occurring in east Africa and the Philippines. Some commentators speak of the “mobilization” of development.

States have long resisted the UN developing independent intelligence capabilities, precisely because they do not want their sovereignty undermined. After all, while the UN Charter was adopted by “We the Peoples”, the organization operates as an association of states.

Senior actors within the UN have signaled their support for UN development, peace and security actors to incorporate these new mapping technologies into their work. But the question remains: What do states think about it? Some kind of policy discussion, perhaps building on the General Assembly’s ongoing work on investment in UN information and communication technology capabilities, may be needed to secure the UN’s investment in these technologies.

Access to ICT seems to have a positive impact on development outcomes – in part precisely because it strengthens accountability. But this is creating higher expectations not only for states, but also for the UN. A recent report by the UN Office for the Co-ordination of Humanitarian Affairs (OCHA), “Humanitarianism in the Network Age“, notes that two weeks after the Haiti earthquake, OCHA was receiving one informational e-mail per minute.

This raises difficult questions about whether the UN is ready to safely handle such large volumes of data. The key question is whether it respects the “do no harm” principle.

Geolocation data in the wrong hands, or used in the wrong way, can just as easily be used to harm individuals as it can to help them. Hackers have previously published data stolen from the International Atomic Energy Agency, the United Nations Development Programme, the United Nations Environment Programme and UN secretariat servers, and there are allegations that non-state armed groups have used GIS data developed by the UN as a basis for armed attacks on civilians reporting that data. If true, such allegations would pose major questions for the UN.

As the OCHA paper argues, “Ensuring data security, developing robust guidelines for informed consent and tackling the ethical questions raised by open data” are essential tasks. It calls for a charter or code of conduct to be in place by the end of 2015. One option would be for the Inter-Agency Standing Committee on humanitarian affairs to consider the new International Committee of the Red Cross 2013 professional standards for protection work, which expressly consider these issues.

But similar issues also need to be considered in the broader context of the UN’s development work. Governments and business enterprises are currently discussing in detail how human rights issues intersect with ICT. In fact, many of them are relying precisely on UN guidance, in the form of the guiding principles on business and human rights.

UN agencies should be more directly engaged in these discussions, not only to understand how to integrate human rights protection considerations better into UN operations and procurement, but also to ensure a consistent policy orientation. This policy discussion could build, for example, on the “guidelines for computerized personal data files“ approved by the General Assembly in 1990.

The UN as a platform for partnerships

Paradoxically, even as scrutiny by ‘We, the Peoples” grows, the UN’s direct role in economic development is fundamentally shifting. As a recent piece, “United Nations Development at a Crossroads“, by Bruce Jenks and Bruce Jones explains, development assistance is itself increasingly overshadowed by foreign direct investment as a source of capital transfer into developing countries.

The advent of ICT is also changing how development is done. As knowledge and power are increasingly dispersed through the Internet, Twitter and other digital platforms, development outcomes will increasingly be delivered through horizontal collaboration, not vertical delivery.

In the digital context, that may mean, quite literally, establishing an authoritative cloud-based platform for trusted, official data – just as it currently provides trusted official statistics and maps, and the platforms for global collaboration in areas ranging from civil aviation to global health.

Key steps for the UN to take might include:

This article originally appeared in Guardian Professional on 16 October 2013. Republished with permission.