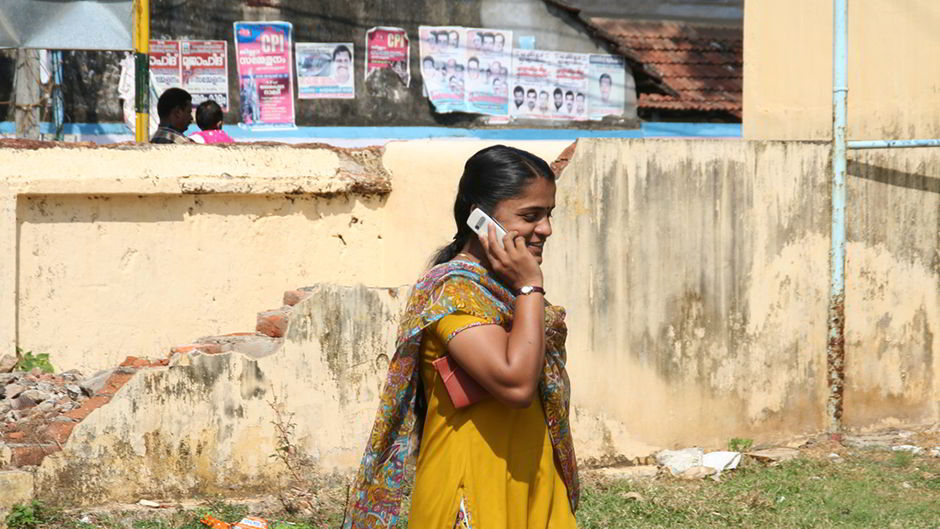 Just days after the historic blackout reminded us that centralized coal is the problem, not the solution to India’s energy woes, a new era of entrepreneurs marked the beginning of a truly revolutionary effort to deliver energy access. The landmark deal that marked their arrival was of course lost amidst the coverage of the blackout and the continued death spiral the coal sector finds itself in. Nonetheless, the deal between OMC Power, and Bharti Infratel (India’s largest mobile phone provider) to provide clean renewable energy to its off grid cell phone towers was indeed historic. It marks the arrival of Community Power and it couldn’t have come a moment too soon.

As my colleagues at GSMA have demonstrated in a number of excellent reports the potential for Community Power to deliver where the centralized grid has failed is simply tremendous. But what is it? Check out a few of these videos from OMC and let me explain.

The Dawn of Micro Power

As mobile phones leapfrog traditional infrastructure a population of 548 million un-electrified mobile phone users has driven the mobile phone industry to fall all over itself to help them keep their phones charged.

That’s because when people’s phones are charged they use them more, and when they use them more the mobile phone companies make more money — significantly more money. This has created a dynamic that turns the traditional view of delivering energy access on its head. Instead of seeing it as an ‘expensive development project’ it is increasingly becoming a lucrative business proposition.

It just so happens that taking advantage of this proposition solves another vexing problem for mobile phone providers — costly diesel. By switching out the expensive diesel gen sets that power their off-grid “base stations” — radio towers that convert electricity into radio waves — the companies save money. In India alone there are an estimated 400,000 towers over 150,000 of which don’t have reliable access to the grid.

This is where Community Power comes in. These base stations act as anchor clients for small scale energy projects by committing to the purchase of a majority of the power supply generated by a company like OMC. With this guaranteed revenue stream in hand, OMC can then sell their excess power generation to local communities via mini-grids, transportable batteries, or by directly charging applications (like phones) on site. This helps the mobile phone companies keep their customers phones charged, it reduces their monthly power bills, and it electrify’s rural communities — this is community power.

The OMC deal is historic because it’s the first community power scheme to have a client like Bharti that offers tremendous opportunities for scaling. But even more importantly, OMC may be proving that this model is even more viable than we previously thought.

That’s because the key to making this model ‘bankable’ (convincing financial institutions to actually pony up the money to make it happen) is the mobile phone towers anchor demand which provides financial institutions with the comfort of guaranteed revenue. At least that’s the conventional wisdom — that you need anchor tenants.

The most interesting and exciting piece of information from staff conversations with OMC is that over half of all revenue may come from the community power portion of the business — not from supplying the towers. Forget the tower companies, the people themselves are bankable. Something people like Harish Hande at SELCO have been telling bankers for decades.

But getting financial institutions to understand this, let alone act on it, has proven to be one of the most significant obstacles in delivering energy access. Take the World Bank: Despite repeatedly hearing from the world’s leading energy access providers that access to finance was their most critical barrier, the world’s foremost development institution failed to commit finance at Rio+20. What’s more, despite important programs like Lighting Africa, the Bank continues to fail to pony up financing for the very innovations that will solve the vexing issue of delivering energy access for the poor (hopefully that will change now that the Global Off Grid Lighting Association is up and running).

Worse, while financial institutions refuse to believe community power and distributed generation options are bankable, the policies that are in place to help spur development of clean energy almost entirely support centralized on grid installations. That’s why they are routinely skirted by entrepreneurs like OMC, because they are not designed for them and they are  more hassle than they are worth. And that’s why OMC has yet to engage with the Indian solar mission, and had no idea that the Uttar Pradesh government was developing a 1 GW solar policy. Forget subsidies, these business models are the real deal.

So how is it that despite all these obstacles, and a lack of subsidies, the poor are indeed bankable? Because there is no correlation between the price of electricity and development. The only correlation is between the existence of electricity and development. India’s rural poor understand that and they are willing to pay for power — but it needs to actually reach them.

Which takes us back to OMC and the arrival of community power. As cliché as it is to say the stone age didn’t end because we ran out of stones and the centralized fossil fuel age won’t end because we run out of fossil fuel. It will end because disruptive innovations like community power help break the political power of entrenched industries and the stranglehold the status quo has on innovative approaches. So forget the grid, Community Power is here and it’s going to change the world.

This article originally appeared on COMPASS and is reproduced with permission of the Sierra Club. © 2012 Sierra Club.