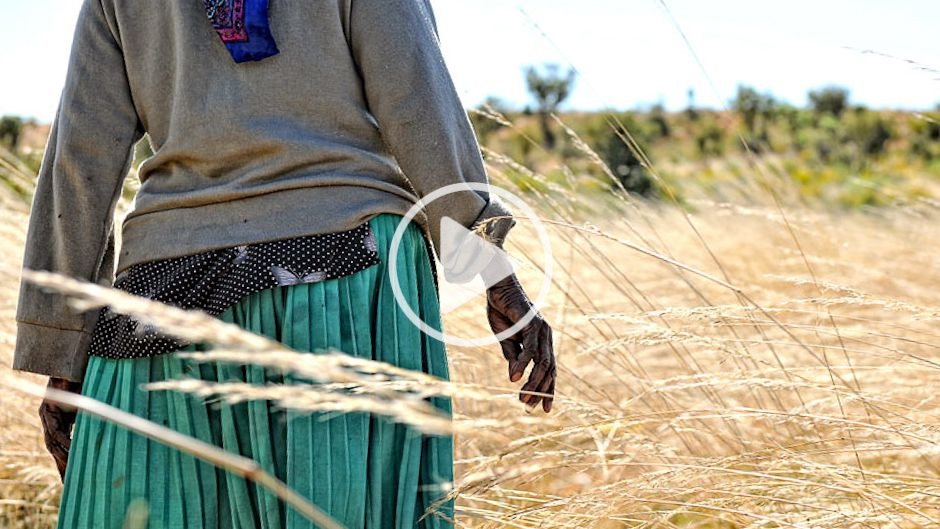 In March 2012, in Cairns Australia, the United Nations University co-convened the workshop: “Climate Change Mitigation with Local Communities and Indigenous Peoples: Practices, Lessons Learned and Prospects”. The video interview featured above is from that workshop.

Giving a boost to the potential impact of the programme was the August announcement that Europe and Australia will be linking their carbon markets, tying the CFI to what will be the world’s largest carbon market.

With nearly 25 percent of Australia’s land under indigenous ownership, could the CFI be a boon for Australia’s indigenous landowners? Or will their access to the market be restricted by land tenure and ownership of land with limited CFI prospects?

Commenting on some of the CFI’s opportunities and challenges for indigenous peoples in Australia, Jeremy Dore (Australian Department of Climate Change and Energy Efficiency) says that, “what we’ve done in the Carbon Farming Initiative is, as much as possible, to provide a pathway of direct access for all Aboriginal and Torres Strait landowners. That applies both to freehold titles that are held under land rights regimes as well as native title holders who have a right to exclusive possession. That should make the potential opportunity much simpler to access.”

Part of that pathway is the Indigenous Carbon Farming Fund, a 5-year AUS$22.3 million measure of the Land Sector Package that will provide Aboriginal and Torres Strait Islander people with CFI capacity building, and support for business development and research into CFI methodologies tailored to Aboriginal lands.

But although Australia’s land tenure system might be well-categorised on paper, consistently determining landowners’ carbon rights can be difficult, and some scenarios such as non-exclusive native title can be regionally contentious. According to Dore, the current variance of Australia’s state-by-state Carbon Acts means that in some places native land title holders are able to access carbon rights and in other places they are not.

Another potential CFI barrier for Aboriginal and Torres Strait peoples is that the land they own is typically more remote and marginal, resulting in less carbon market potential from typical project topics such as agriculture and reforestation.

To counter this, the CFI is supporting methodologies geared specifically towards lands with a high proportion of indigenous ownership. Savannah fire management, for example, will provide indigenous landowners with unique access to the carbon market through management scenarios that reduce burning and carbon emissions.

It is early in the CFI, though, and Dore stresses that the first stage is to set sustainable precedents that can be learned from for future projects.

“Our goal, I guess, is to try and make sure there are some effective and sustainable projects which get up and running early on in the process so that they can provide an example and lead the way and make it easier for other groups to follow by utilising their learnings.”

Watch the featured United Nations University video above to see all of Jeremy Dore’s interview.

Read Nooshin Torabi’s article below for an expanded outlook on the CFI in the context of the Biodiversity Fund — an additional measure of the Australian Government’s Land Sector Package.

The Carbon Farming Initiative (CFI) and Biodiversity Fund, two new Australian government initiatives, could help private landholders generate income while benefiting both climate change abatement and biodiversity management. However, there are important issues that need to be considered when designing programmes to stimulate these initiatives.

Given that 60 percent of Australia is privately owned and managed, the practices that landholders implement will play a significant role in determining the sustainability of landscape management. To launch any successful land management activities, farmers and landholders need to be considered as the change agents; they are the ones who will set up conservation practices on their private properties, and go beyond “business as usual”.

We don’t know much about the social and cultural values that drive farmers to plant trees on private land, when they could potentially be using that land for agricultural purposes. By social and cultural values, we mean those that are not financially triggered, but that are preservation morals and aesthetics,. This means that landowners are not just responding to the market signals to make more money. They also aim to pursue their moralistic and naturalistic values.

Social and cultural factors have the ability to influence these market approaches to emissions abatement and biodiversity management, yet they are often overlooked in the design of programmes.

I believe studying such drivers can make bio-sequestration projects and biodiversity conservation programmes more successful. It is essential to undertake a detailed study of the social and cultural drivers behind bio-sequestration projects on private land, as landholders’ attitudes will potentially affect the success of these projects. The allocated research budget in CFI could help conduct such studies and deliver enhanced outcomes.

Establishing new plantations or maintaining already planted ones takes both time and money. Water availability and cost, seedlings, labour and fencing are among the expenses to set up the carbon plantings. Undertaking the seven step CFI methodology process is time consuming for landowners, using time they could otherwise focus on the future of their farm businesses.

Considering a cost-benefit context, if the carbon credits issued under CFI are not traded, there is always a risk of such plantations being sold in a much more appealing timber market instead of the biodiverse carbon market. It’s in the interests of CFI to offset expenses so farmers don’t have to recoup their money this way.

According to my personal communication with Corey Watts from The Climate Institute, around 1,500 applicants submitted to the Biodiversity Fund. Around a third of them indicated they were interested in participating in the CFI as well. This shows there is a prospect to attract more people in environmental plantings if they are given more information about the existing opportunity of the Biodiversity Fund. We need to make sure farmers know their application for carbon planting will not affect their Biodiversity Fund approval.

There are some uncertainties about the potential risks for the carbon plantations. As an example, Victoria is among the most bushfire prone areas of the world. There is the constant fear of carbon plantings being burnt down and the integrity of scheme being put at risk. Once the fire burns down plantations there is a re-establishment gap for the trees; this makes the situation even more uncertain for landowners.

Buying insurance for carbon plantations in addition to planting fire-adapted native trees can help. There are some insurance companies currently active in the field of forest carbon, offering various levels of coverage, and reducing uncertainty about fire. Insurance is an extra cost, but the additional incentive from the Biodiversity Fund can cover some of it.

Landholders need to be well informed that native biodiverse plantations are more fire resistant than monocultures. Furthermore, native trees that are well adapted to the fire regimes can survive better; that needs to be considered while choosing species for carbon plantations. The role of easily available information for landholders is crucial in effectiveness of such initiatives.

To date, most plans for getting farmers involved in the Carbon Farming Initiative have relied on the financial incentive of carbon credits. But when farmers decide what to do with their land, they think about many more things than money. Considering their values, and ways to reduce uncertainty, could make expanding the CFI far more successful.

Indigenous Landowners and the Carbon Farming Initiative by Daniel Powell is licensed under a Creative Commons Attribution-NonCommercial-ShareAlike 3.0 Unported License.

Making the Carbon Farming Initiative More Appealing to Farmers by Nooshin Torabi is licensed under a Creative Commons Attribution-NoDerivs 3.0 Unported License.
Based on a work published by

Nooshin Torabi is a PhD student at the Royal Melbourne Institute of Technology where her research focuses on integrated ecological and socio-economic modelling of biodiverse plantings for carbon sequestration. Her research interests include integration of socio-ecological systems, building resilience in rural areas, Bayesian belief networks (BBNs), exploring the social roots of ecological issues and integration of markets for ecosystem services.