Migrant Brides in the Matchmaking Industry: Blurring the Binaries 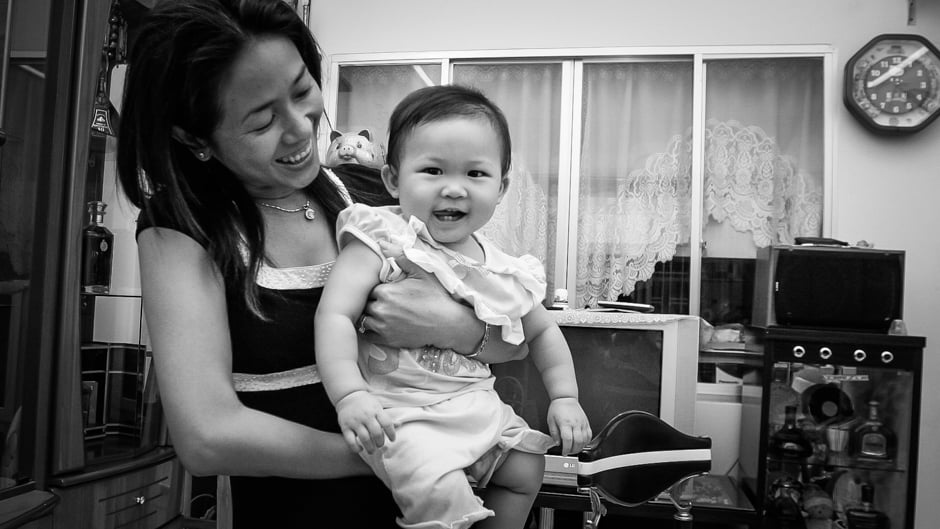 In recent decades, international marriage migration has become an increasingly prominent trend in the East Asian region. Gender and socio-economic class backgrounds play a key role in this type of migration. In general terms, women from lower-income countries in Asia, such as Viet Nam, the Philippines and Indonesia, migrate to marry men from higher-income countries in the region such as the Republic of Korea, Japan, and Chinese Taipei (Taiwan) — all places where international marriages have increased.

Until a few decades ago, however, marriage migration was virtually non-existent in the region. Japan was the first country to receive brides from South-East Asia in the 1980s, followed by Korea, Taiwan and Singapore. Most East Asian countries have applied profoundly restrictive immigration policies in efforts to preserve a certain cultural and ethnic uniformity within their borders. Such policies have frequently been used to prevent the entry of migrant workers to labour markets, or restrict employment to a temporary basis. Marriage has been regarded as one of the only means for a foreign-born national to obtain citizenship or long-term residence in these societies.

Within this context, marriage migration is perceived as a way of finding a better life, and an opportunity to achieve self-empowerment and independence. It should also be taken into account that while many women from South-East Asia experience social pressures to get married, they also migrate for marriage to financially support their families in their home countries through remittances. At the same time, due to significant demographic and social transformations in the receiving societies, a number of men are turning to agencies to contract international marriages.

The marriage industry and its mainstream discourse

A large proportion of international marriages in Asia are organised through commercial brokers. In contrast to the “mail-order bride industry” in other parts of the world, most matchmaking agencies in Asia do not provide mail correspondence services due to the associated costs, the language barriers between the male and female counterparts and the women’s limited Internet access. Generally, international marriage brokers organise collective meetings in the prospective bride’s home country where selected men and women go on a series of group dates where they eventually find a partner to marry. The total costs involved in the marriage arrangement (approximately US$6,000–US$12,000) are generally paid by the groom. There are also cases in which the process is less structured, involving informal social networks.

However, the increasing number of women in South-East Asia engaging with such matchmaking agencies has brought about serious dilemmas and concerns. The mainstream discourse strongly criticises these enterprises for treating women as mere “commodities” and for perpetuating gender stereotypes within deep patriarchal conceptions.

While there are many crucial factors that can increase a bride’s likelihood of suffering exploitation, abuse and social exclusion — social and linguistic isolation, fragile immigration status, prejudice in the receiving societies, and low earning power — media and governments typically highlight the most dramatic side of these arranged marriages. Migrant brides are portrayed as victims of human trafficking and domestic violence, and marriage brokers are represented as exploiters and abusers of these women. For example, in December 2013 the police in East China’s Fujian province announced that they had uncovered 100 human trafficking cases involving Vietnamese brides and “rescued” 28 victims.

In response to this situation, most countries from East Asia have started restricting marriage migration. For instance, the latest regulations in the Republic of Korea require these women to pass language proficiency tests and require Korean partners to show an annual income in excess of US$14,000. Moreover, in order to prevent marriage migration as a “side door” for labour migration, in many circumstances dual nationality is not allowed. Other countries, instead, have directly banned the operation of commercial matchmaking agencies, as is the case of the Philippines (1990), Viet Nam (2003), Cambodia (2008) and Taiwan (2008).

The ban on commercial matchmaking in Taiwan

The benefits that commercial (for-profit) matchmaking agencies gained from cross-border marriages in Taiwan has long been a key issue for many women’s rights groups and international human rights organisations. For them, these businesses were the main cause behind the exploitation and trafficking of migrant brides. Due to domestic and international pressure, Taiwan progressively changed its policy direction from regulation of commercial marriage agencies to their eventual ban in 2008. Consequently, more than 400 registered brokering companies were closed down, leaving only 41 non-profit transnational matchmaking organisations in operation.

While the proportion of marriages of Taiwanese men to migrant brides has fallen sharply, the number of foreign-born spouses in the country continues to be significant. In many cases, commercial matchmaking agencies have simply changed their location or continued their practices in another, often more covert form. For instance, migrant brides can opt to go to other countries instead, such as the Republic of Korea or Singapore, where these businesses are regulated in a less restricted manner. Moreover, many of the current non-profit matchmaking organizations in Taiwan simply changed their businesses from “company” to “association” to get around the ban.

Is a ban the right answer?

The prohibition of commercial agencies in the country does not seem to solve the problems migrant brides encounter, nor does it substantially decrease the demand for matchmaking services. Instead, this measure pushes these businesses to the underground market where they remain unmonitored. It is precisely this lack of legal grounding that makes these brides more vulnerable.

Similarly, by reducing safe channels of migration, women become more susceptible to exploitation by traffickers or smugglers. A number of societies have witnessed on more than one occasion how stricter immigration controls, instead of preventing human trafficking, have enhanced its proliferation.

The diverse contexts in which women embark on marriage migration should therefore be considered in any related policymaking processes, especially when cases of human trafficking or domestic violence have been identified. With this in mind the International Organization for Migration has advocated for a regulatory approach (rather than an absolute ban) with the added requirement that agencies are held legally responsible for providing accurate information to the potential bride and groom.

The popular portrayal of migrant brides as victims with little or no power therefore appears to narrow. Potential brides should not be treated as incapable of understanding and evaluating potential risk beforehand. As the feminist philosopher Maria Lugones suggests in relation to “mail-order brides”, these women are subjects, lively beings, resistors, constructors of visions, and not just victims.

Within the new households to which they move, women often manage to negotiate a space for themselves through which they may pursue their own aspirations. For example, there are cases where the woman finds work outside of the home and sends remittances to her family in her country of origin. Moreover, female marriage migrants frequently take the initiative to challenge local perceptions and negative stereotypes, as well as structures of discrimination. Indeed, migrant brides may also be important cultural intermediaries between families and the wider neighbourhoods and societies within which they live.

The relationship between the brokers and the women also cannot simply be regarded as the “perpetrator” exploiting the “victim”. Migrant brides continuously negotiate with brokers and arrange their journeys in cooperation with them. Scholars have critiqued the general perception that any commodification of love or intimacy means exploitation. Although matchmaking very often involves material exchanges, this does not mean that all prospective brides engaged with such agencies will suffer abuse or trafficking. There are indeed empowering possibilities for both men and women within this sector.

Therefore, the dead-end discourse of portraying foreign brides as either passive victims or active subjects seems inappropriate. Rather, a more nuanced approach and a recognition that their life trajectories are not static, will help in the formulation of more relevant policies.

Gender and socio-economic inequalities are at the core of the transnational “marriage industry”. Yet within this context, we also see that the binary distinctions often made between freedom and coercion, and empowerment and subjugation become increasingly blurred. Even though the risks and obstacles in this journey may be plentiful, these women still choose marriage migration as a manner to access better opportunities in life. Instead of judging their morality, the focus should be how the commodification of intimate relations is understood and experienced by those involved in such relationships and processes.

Policymakers can take this perspective as a starting point to devise and implement measures that ease the legal barriers constraining women’s access to migration and facilitate their integration in the host societies. The structural factors behind the vulnerability of these women should be addressed.

Finally, media and education should be considered as key tools in order to remove prejudices and stereotypical images of migrant brides and promote intercultural dialogue. This is for a very simple reason: without public awareness, a new way forward will not be possible.

To read more on this topic, see the UNU-GCM policy report “Opportunities and Risks for Migrant Brides in the Matchmaking Industry: The Case of Taiwan“.

Inés Crosas Remón is a research intern at the United Nations University Institute on Globalization, Culture and Mobility (UNU-GCM). She is a political scientist currently pursuing a Master’s Degree in International Studies on Media, Power and Difference at Pompeu Fabra University. In the past years, she has actively cooperated with different human rights organisations and has been engaged in diverse research projects focused on gender-based violence and female agency, mobility and sociocultural change. Departing from an interdisciplinary approach, her main research interests come from the fields of gender studies, international migration, intercultural communication, media representation and global justice.