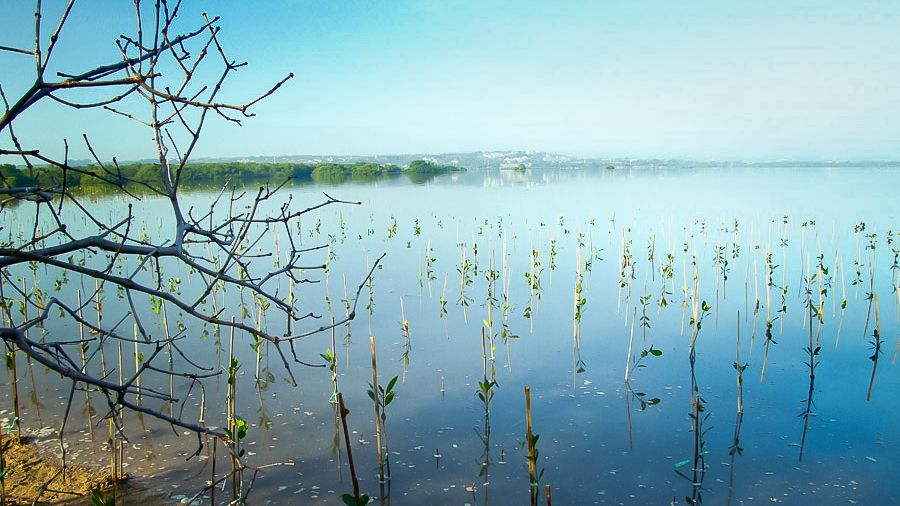 Educators in Indonesia are turning green with environmental advocacies they plan to integrate into the curriculum of state-run elementary and high schools through the “Green Teacher Network”.

But there’s an urgent push for one particular advocacy — protecting mangroves that mitigate climate change — given the fast depletion of these coastal forests.

The idea for expanding the Green Teacher Network came about after 30 teachers from 21 elementary, junior and senior high schools in Greater Jakarta, Southeast Sulawesi, North Maluku, and Banten provinces attended a mangrove workshop organised by the Sampoerna School of Education in Jakarta in June.

“We learned how to integrate environmental issues, particularly mangroves, into school subjects to make our students aware of the importance of mangrove reserves in dealing with abrasion and rising sea level,” said Ekowanto (who uses just one name), a teacher at the state-owned Senior High Vocational School I in Pandeglang in Banten.

There is reason to be concerned about Indonesia’s mangroves. These forests alone account for one-third of the world’s mangrove reserves, but their size has shrunk dramatically in the last two decades from around eight million hectares to some 4.5 million now, according to Andreas Pramudianto, lecturer at the University of Indonesia Postgraduate Programme’s Human Resources and Environmental Research Centre. 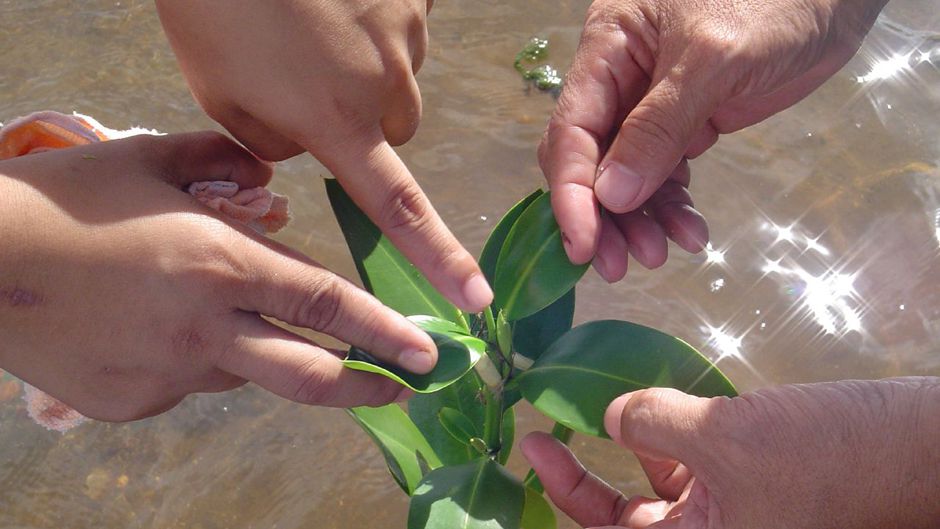 [quote quote=”In Wakatobi in the province of Southeast Sulawesi in southern Indonesia, teachers have been integrating lessons on the environment into school activities since 2005.” type=”image” image=”3611″ ]

Hazardous home and industrial wastes, seawater contamination, and massive conversion of mangrove forests into residential and fishpond areas are some of the reasons behind the sharp fall.

“The rate of mangrove destruction is likely to accelerate. We have to design educational programmes, trainings, or workshops aimed at raising people’s knowledge, understanding, and awareness on the importance of mangroves,” Pramudianto told the teachers.

In Wakatobi in the province of Southeast Sulawesi in southern Indonesia, teachers have been integrating lessons on the environment into school activities since 2005. Maaruji (single name), coordinator of the Green Teacher Network in Wakatobi, said schools in his regency have taught marine life — including mangroves — to students from playgroup level up to senior high school for the past six years.

“This is due to the fact that Wakatobi has more water territory than land territory,” he said during the workshop, called “Mangroves 4 Life”.

Lessons on mangroves are hard to find in the country’s national curriculum. Teachers who attended the workshop pointed out that pollution, endangered animals, deforestation, the 3Rs (reduce, reuse and recycle) and global warming are the common environmental issues discussed in classrooms.

“The teaching of mangroves is rare because many teachers themselves do not know about mangroves and their uses,” said Dewi Muthia, an elementary teacher at Islamic School Al Fauzien in Depok, West Java.

Siti Hawa A. Rachman, an Indonesian language teacher at the public Junior High School 2 in Ternate, North Maluku, said she learned how to incorporate mangrove issues into her class. “I now know that I can raise my students’ awareness about the country’s mangrove forests by choosing story books related to mangroves,” Rachman said.

“I’m planning to share my knowledge about mangroves with fellow teachers in Ternate and if possible encourage other schools to join hands (in planting and protecting mangroves),” said Rachman, adding that all seven regencies in North Maluku province in northeastern Indonesia have coastal areas with huge mangrove forest reserves.

Stien Matakupan, a lecturer at Sampoerna School of Education, said the training was the second of three mangrove workshops her school has planned for 2011.

“We are organising another mangrove workshop for teachers in August with participants expected to come from Indonesia and some neighbouring countries,” said Matakupan. The first one, she added, was held in May in Probolinggo, East Java.

“The workshops aim to encourage schools to integrate environmental issues, including mangroves, into their programmes, and increase their students’ awareness by making field trips to local mangrove sites,” Matakupan said, explaining the reason behind her school’s decision to organise mangrove trainings for teachers.

“Many of the country’s schools are located near mangrove forests,” she pointed out.

During the workshop, teachers learned that mangrove trees could be used to make fruit juice, syrup and jam besides providing breeding, nursery and resting areas for marine life and other species such as migratory birds.

[quote quote=”Research suggests that the destruction and degradation of mangrove reserves could produce 10 percent of the world’s total deforestation emissions.” type=”text” ]

Joint research by scientists from the Centre for International Forestry Research in Bogor, West Java, and the US Department of Agriculture Forest Service revealed that mangroves in the Indian and Pacific Oceans store more carbon than previously recognised, underscoring calls for mangrove protection in order to play a key role in mitigating climate change.

According to the research published in the monthly multi-disciplinary journal Nature Geoscience in April, much of that carbon is stored in the ground below the mangrove forests, which account for merely 0.7 percent of tropical forest area. The study also suggested that the destruction and degradation of mangrove reserves could produce 10 percent of the world’s total deforestation emissions.

Ekowanto vowed to teach some 1,200 students in his school how to grow mangroves. “I have collected mangrove seeds and this coming academic year, my colleagues and I will teach our students to germinate the seeds in the school compound and plant them later in destroyed mangrove sites in Labuan district, Pandeglang regency,” he said. The new school year starts in mid-July.

Ekowanto, who is also chairman of the Banten’s Indonesian Teachers Association (IGI), said he would establish a Green Teacher Network in the province in order to increase teachers’ environmental awareness and competence.

Matakupan said an online forum would be launched during the August seminar to allow teachers to share their knowledge and publish environment-related activities in their respective schools.

“The forum will not only allow participants to get in touch with their colleagues in other parts of Indonesia but also link them up with their counterparts in different countries such as Malaysia, Japan, Singapore, and even Sweden,” Matakupan said.

Freelance journalist Kanis Dursin reports for the Inter Press Service agency, which includes 370 journalists in 330 locations in over 130 countries worldwide.