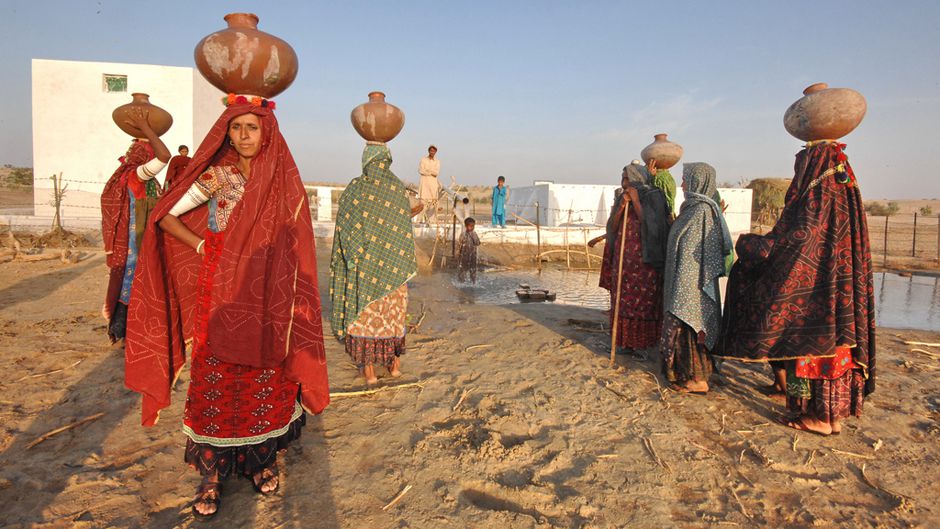 Although governments around the world ostensibly agree that our carbon targets must aim to keep the global temperature increase below a 2ºC limit, it is now clear that we are failing dramatically to stick to our commitments. The latest report from the Global Carbon Project contends that the current rate of increase in carbon dioxide emissions (3.1 percent annually) puts us on track for a 4–6ºC rise by the end of the century — the worst case scenario set out by the UN Intergovernmental Panel on Climate Change (IPCC) in 2007.

This report follows a spate of others also warning that industrial civilisation is on the edge of triggering climate catastrophe. One study, for example, concluded: “Even doubling our current rate of decarbonisation would still lead to emissions consistent with 6 degrees [C] of warming by the end of the century”— suggesting that current emissions levels could lead to even higher global temperatures.

Some corporate and government leaders insist that humanity must simply adapt to the new conditions generated by global warming. Earlier this year, for instance, Exxon CEO Rex Tillerson argued that the “consequences are manageable… We have spent our entire existence adapting, OK? So we will adapt to this. It’s an engineering problem, and it has engineering solutions”.

But to the contrary, a World Bank report finds that a 4ºC temperature rise will mean that the human species will cross “critical social system thresholds”, at which point “existing institutions that would have supported adaptation actions would likely become much less effective or even collapse”.

Indeed, new evidence increasingly suggests that conventional climate models, far from being too alarmist, are hopelessly out of touch with the complexity of the Earth’s interconnected ecosystems. Contrary to model predictions, by 2015-16 the Arctic will be ice-free in the summer. The story is similar in Greenland and Antarctica: a comprehensive NASA study concludes that there has been a “50 percent increase in Antarctic ice loss during the last decade”. Overall, the ice sheets are melting at a pace faster than scientists expected. A separate study also found that sea level rise is accelerating 60 percent faster than the IPCC’s model projections.

Another momentous possibility is the positive feedback effect of melting Arctic permafrost, which is increasingly releasing sub-ice methane — a greenhouse gas 25 times more potent than carbon — into the atmosphere. A 3ºC rise in global average temperatures — which we are set to surpass — would generate a 6ºC rise in the Arctic. The result, according to a just-launched UN Environment Programme report, is that up to 85 percent of near-surface permafrost would be lost, releasing up to 135 gigatonnes of carbon equivalent by the end of the century, in turn doubling total atmospheric carbon emissions and potentially triggering a runaway warming process. And these are just some examples of the veritable avalanche of bad news in recent months.

Searching for a new path

The key lesson of this avalanche is that the failure to act decisively has irreversibly and inevitably locked in certain climate change impacts. If anything, this underscores the urgency of adapting to what we can no longer avoid, as well as preventing or mitigating that which can still be avoided.

Despite the seeming intractability of our predicament, however, ongoing grassroots efforts to generate bottom-up change prove that all is not lost. One outstanding yet virtually unknown example can be found in what at first glance might seem the most unlikely of locations — the remote northwest Khyber Pakhtunkhwa region of Pakistan, where militant strongholds have incited ongoing United States-funded counter-terror operations, primarily in the form of drone strikes.

[quote quote=”Despite the seeming intractability of our predicament, however, ongoing grassroots efforts to generate bottom-up change prove that all is not lost.” type=”text” ]

Operating in this region since 1989, the Sarhad Rural Support Programme (SRSP) has quietly pioneered a model of development suggesting a viable pathway for transition to sustainable, post-carbon prosperity. The model is based fundamentally on participation of the marginalised rural poor at all levels — as planners, designers, implementers, and maintainers. Grassroots communities are empowered to self-mobilise into local community organisations which then become the vehicles of building ‘self-help capacity’, identifying the needs of households and procuring the training, skills and resources to undertake diverse development projects.

One of the SRSP’s flagship projects involves micro-infrastructure. So far, the impact has been astounding. Over 4,028 small-scale projects have been planned, delivered and maintained by communities themselves across the region, establishing micro-hydroelectric plants that allow communities to finance their own development — in turn generating new local jobs and service providers, clean water and sanitation schemes, farm-to-market roads, and new opportunities for small-scale agriculture.

Farming communities utilise water from the hydropower plants, diverting it to fields for kitchen gardening, multi-cropping and fish ponds. As the plants store rain and river water, they also provide effective disaster mitigation against monsoon rains and flooding. Through such projects, SRSP has enabled 308,540 men and women to, literally, transform their own lives.

In the Swat valley and Chitral district, for instance, SRSP has played a leading role in providing emergency humanitarian relief to local communities affected by floods in recent years. While this has involved providing tents, food packages and essential household non-food items, it has also involved longer-term recovery programmes to rehabilitate and strengthen local livelihoods.

SRSP staff began these programmes with extensive consultations with the local communities, many of whom had lived without electricity for nearly 60 years. Based on their vision and aspirations, households were organised into local community organisations, which determined the projects they needed and began implementing them. With SRSP bringing in some external funding from outside donor agencies, local communities provided the rest through a combination of in-kind contributions in terms of cash, labour and local materials.

Just this month, in the remote village of Mian Jair Wajoor Bandai in Swat, SRSP oversaw the completion of the village’s first 20 kilowatt micro hydro-electric power plant, producing electricity and 24 hour hot water for over 80 households. In September, a similar but larger project was inaugurated in the Kalash valley in Chitral, with a 200 kilowatt plant, meeting the energy needs of over 7,000 people across six villages.

One local Kalash resident from the village of Bumbarate, student Shah Nawaz, recounted the impact:

“At last we have come out of the darkness. For me, my joy knows no bounds as my friends from other areas would do their research on the internet and download study notes of an international standard, but here we could not. Now I’ll also be able to connect to the internet and will have an opportunity to do online research.”

Another resident and local elder, Abdul Aziz, explained that the government had neglected local facilities in the valley.

“We have spent our whole life in the darkness. We would face many problems when we traverse these hilly areas, and one can easily slip down. But now we will have so many benefits. Our children will study in the night and we will carry out domestic chores in lights.”

Interestingly, in all the districts where SRSP programmes operate, community members are generally not attracted to militancy. Enfranchised communities who are economically independent — producing their own energy, water and food — are less susceptible to radicalisation.

[quote quote=”If SRSP projects were scaled up throughout the northern areas of Pakistan, they might do more to ameliorate militancy than conventional approaches, by addressing the root-cause issues most central to Pakistani citizens.” type=”text” ]

The same cannot be said of other less fortunate communities. Over the last decade Pakistan has faced overlapping economic, energy and environmental crises. Rocketing unemployment and widening inequality have been compounded by electricity blackouts and the government’s inability to respond to natural disasters. Militants exploit those in need of assistance by penetrating vulnerable areas, broadening their support base by providing services, and ultimately recruiting to their cause. As such crises escalate, their exacerbation of militancy illustrates not only the deep-seated interconnections of multiple civilisational crises, but also the futility of knee-jerk military responses that, focusing on symptoms, tend only to make matters worse.

Yet the success of grassroots programmes like the SRSP proves that solutions do exist. If SRSP projects were scaled up throughout the northern areas of Pakistan, they might do more to ameliorate militancy than conventional approaches, by addressing the root-cause issues most central to Pakistani citizens.

Equally, by focusing on sustainability at the micro-level, these programmes offer a model of economic empowerment that is sustainable precisely by being both clean, cost-effective and linked to the specific needs of local households — rather than the narrow interests of large foreign corporations.

The potential should not be underestimated. The SRSP is part of a larger Pakistani civil society network — the Rural Support Programme Network (RSPN) — which has operated across Pakistan for the last 30-odd years. The RSPN has had a staggering success rate — mobilising 4 million Pakistani households through local community organisations, providing skills training to nearly 3 million households and bringing approximately 30 million people out of poverty. Across the rural areas where the programme operates, the fundamental model is the same — empowering locals to become the vehicles of their own emancipation;  scoping local energy, economic, health and education needs; and providing the training and learning to allow them to source, design and deliver projects accordingly.

So successful is this model, it has been widely replicated in developing countries. In 1994, the UN Development Programme asked RSPN’s founding chairman — Nobel Peace Prize nominee Shoaib Sultan Khan — to setup pilot projects in Bangladesh, India, the Maldives, Nepal and Sri Lanka. The success of those pilots led India to begin scaling up a countrywide programme inspired by Khan’s model that will reach out to 300 million rural poor.

The only caveat is that the RSPN model does not bring quick wins for conventional development targets. Timescales for success are long-term — as long as 15 years in some cases. The upshot, though, is that they bring a form of real grassroots sustainability that lasts. As energy and food prices rise alongside unemployment rates and inequality, this is a model that even more privileged communities in the North could learn from.

While governments dither at lofty international negotiating tables, it is not too late for communities and philanthropists across the North and South to work together, pool collective resources, and begin mobilising grassroots projects such as these. Doing so will not only spur us further along the rocky road of civilisational transition, it will increasingly force our political leaders to realise that if they want to remain relevant in the emerging post-carbon era, they need to keep their ears to the ground.