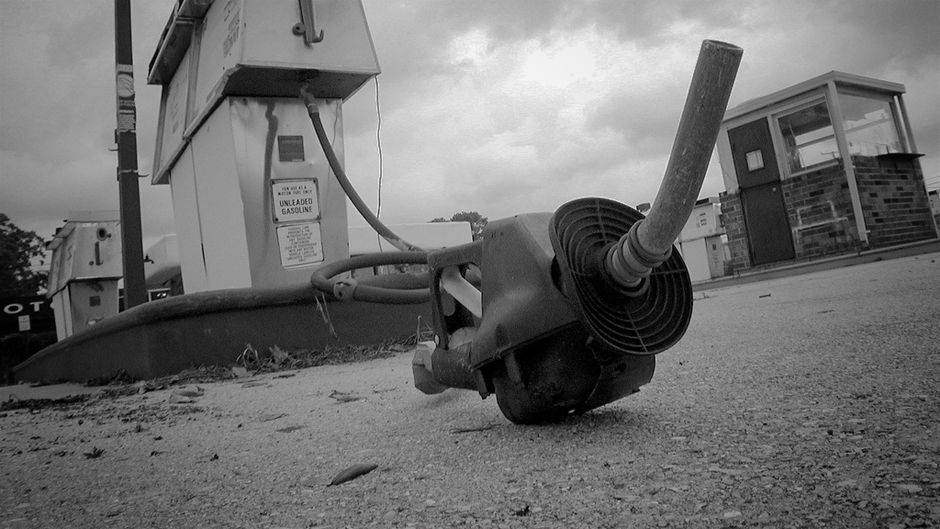 Imagine this scene. President Barak Obama stands up in the United States Congress to give the 2011 State of the Union Address and announces that the world has passed the peak in oil production. What would be the impact of this statement? Would Wall Street collapse and panic break out on the streets?

The good news is that most experts and commentators (with a few exceptions) do not consider that we have reached peak oil yet, but an increasing number think that we are close enough to be gravely concerned. This discussion of peak oil has hitherto remained within the realms of the expert and has not yet permeated the public psyche.

Recently, however, there have been enough novels examining possible peak oil reactions to conclude that this subject is becoming a popular fiction topic.

With oil prices steadily climbing back above US$90 per barrel, much of the mainstream media worldwide — reflecting and reinforcing the depth of our general societal/systemic oil-addiction — appear reluctant to ask deeper questions about the end of cheap oil. Instead, they always seem to fall back on reality-denial, such as blaming an Alaskan pipeline shutdown or speculators. They normally don’t look at the underpinning fact that we live in a world where oil supply cannot keep pace with the demand, nor ask why this is the case.

Sadly, for better or worse, we have to rely on works of fiction to prick our societal consciousness and to awaken people to the implications of a peak in world oil production, hopefully before the peak arrives.

One of the latest writers to enter the fray is Douglas Coupland with his novel Player One — What is to Become of Us: A Novel in Five Hours. If you are a Coupland fan, you will appreciate that his works range across design, technology, typography, human sexuality and pop culture issues.

His new book is set against the backdrop of sudden spike in oil prices followed by a power cut that is observed by the book’s central characters over a five hour period in the cocktail lounge of the Camelot Hotel at Toronto Airport.

The novel is an exploration of hopes, dreams, and shared anxieties of the meaning of life. While the oil crisis is merely backdrop, because Coupland’s writing appeals to a mass audience, the end result could be that many more people start to tune in and want to learn more about peak oil. Perhaps, if the impact of Coupland’s other writings is anything to go by, peak oil may actually become trendy — but don’t hold your breath.

Wouldn’t it be amazing if millions of people, after reading Player One, just Googled “peak oil”?  That is exactly how Alex Scarrow, author of the 2007 novel Last Light discovered peak oil, as he recalls in the authors notes of his book.

“Last Light started out four years ago as a result of my stumbling across a phrase being repeated over and over again on two posters for a forum. They were hotly debating a geological issue and this phrase kept cropping up: Peak Oil. Being capitalised like that suggested that this was some sort of technical term in common use by those in the know. Curious, I Googled it.”

Many of us discover peak oil in the same way. We come across it in a conversation, or on a blog. Then we find ourselves on a journey, trying to understand what it may mean. We begin to worry about our love affair with fossil fuels — a.k.a. cheap energy — and come to understand that there are no simple solutions. It is hard to know what to do. But Scarrow argues that our oil dependency is “just asking for trouble.” So the way forward means moving away from oil, as quickly as possible.

In Last Light, Scarrow sets out to show just how vulnerable we are. In a truly worst-case scenario, the world collapses very shortly after the global oil supply has been effectively cut-off by acts of terrorism perpetrated by a group of secretive and powerful people. In good old conspiracy theory style, this elite group has recognized that we have gone beyond the limits of what the planet can support and decide to hit the “reset button” by destroying key oil related infrastructure across the globe and inciting conflict amongst Islamic sects in the Middle East.

Middle Eastern countries are plunged into religious civil wars. As oil supplies stop, government emergency plans elsewhere prove ineffective. Food disappears from supermarkets within days, the police vanish from the streets (they have families too!) and any semblance of authority is essentially tied up protecting vital assets like refineries, power stations and so on. It is literally everyone for themselves.

This is worsened by the fact that communities are no longer functioning in many places so neighbours cannot be turned to for support. In the space of a week modern civilization collapses. In this case, the story is set in the UK.

The scenario presented by Scarrow is best understood as a broader analogy to the vulnerability we have regarding peak oil. The possibility of a small group holding the world’s oil supply hostage is rather far-fetched. Many nations, including the UK, produce their own oil or much of it, and it is not centralized globally as much as some commodities. There is probably more resilience in the system than Scarrow’s scenario implies.

Last Light is not easy reading.  During the crisis, most people in the story remain convinced that “things will get back to normal soon.”  However, one of the central characters explains that society will not be able to “reboot” after a shock of these proportions. It is as if our global society suffered a fatal heart attack. While the actual manifestation of peak oil may take decades to unravel, the end result may be somewhat similar — i.e., the gradual breakdown of the global industrial economy and the emergence of something completely new.

Writers from the peak oil community

While Coupland and Scarrow are popularist writers, there are others who have been prominent commentators within the peak oil community for some time and who have taken to writing novels in an attempt to raise public awareness.

First among them is James Howard Kunstler, author of the Long Emergency, which we reviewed previously. In his 2008 novel World Made by Hand we witness a world that has suffered something closer to a debilitating stroke rather than a heart attack. It is badly damaged, but still functioning.

In the novel, Islamic fundamentalists blow up both Los Angeles and Washington DC and push the world economy into a tailspin. The situation is then worsened by competition for declining oil resources and a flu epidemic is thrown in for good measure. What is left of organized government in the US retreats to an enclave in Minnesota and communities have to fend for themselves.

The story’s plot progresses in a small town in New York State about twenty years after the above events. The town is formed on what is basically a semi-feudal farm system, populated by well-armed religious zealots and a tribe of outlaws, and we witness events as they play out over one summer. The protagonist is Robert, a former marketing executive with a software firm, who has to lead the community through these challenging times.

More recently, Kurt Cobb, who writes for Energy Bulletin and the Oil Drum, has chipped in with a novel entitled Prelude, published at the end of 2010.  It takes places in contemporary society rather than in a post-peak oil apocalypse.  One review describes it as a “Grisham-esque tale of suspense and intrigue”.

In the story, the main character is a young energy analyst working in the oil sector who discovers evidence that oil reserves in a particular country are half of the figure that the authorities have been claiming. Then her troubles begin as she is bugged, followed, and the victim of a murder attempt. The experience for the central character, however, is transformative. She has changed from being an optimist about our energy future, to someone with grave concerns about the potential implications of peak oil.

A happy ending is one thing these novels all have in common. Likewise, the four authors seem to share a sense of disbelief and perhaps anger about how we have collectively allowed ourselves to be put in such a vulnerable situation. Yet their writings reflect a fundamental faith in humanity and the hope that somehow, we can get through these difficult times.

In all the stories there is an anxiousness about the fact that the advent of peak oil represents the time to say goodbye to many things we take for granted today — cars, electricity, microwave cookers, refrigerators, flat screen TVs, law and order.

Would it go that far? Nobody really knows.

What matters is that these novels are introducing peak oil to a much wider audience. A best-selling novel has the potential to reach millions of people. Scarrow’s novel, for instance, is 5,876 on Amazon’s bestseller’s list and for many people it will be their first exposure to peak oil.

Let us hope that readers will reflect on how they might deal with a new life in a post-peak oil world, regardless of when that might happen. Sparked on by fiction, the more people that start to ponder the reality of it, the more likely we all are to have our own happy ending.

Reality of Peak Oil Enters Our Fiction by Brendan Barrett is licensed under a Creative Commons Attribution-NonCommercial-ShareAlike 3.0 Unported License.