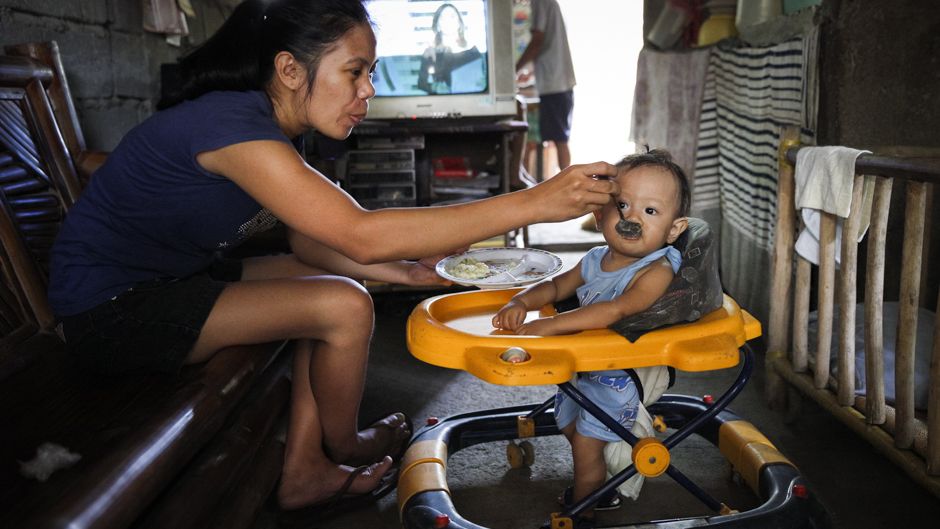 A joint report released by the United Nations Children’s Fund (UNICEF), the World Health Organization and the Association of Southeast Asian Nations (ASEAN) has shed new light on the nutrition situation of children across the region.

The report finds that several ASEAN countries are facing simultaneous crises of over and undernutrition, with some children overweight while their peers suffer from stunting and wasting.

This “double burden of malnutrition” is happening in middle income countries such Indonesia, Malaysia, the Philippines and Thailand.

“Many countries in South-East Asia have seen impressive economic gains in the last decade, lifting millions of children out of poverty,” said Christiane Rudert, Regional Nutrition Adviser for UNICEF East Asia and Pacific, in a press release.

“However, at the same time we have seen the rise of conditions like obesity, previously associated with high income countries. Asian children are now at risk of malnutrition from both ends of the spectrum,” she added.

According to the findings, the causes of overweight and undernutrition are intertwined. A child whose growth was stunted in early childhood is at greater risk of becoming overweight later in life. The risk for being overweight goes up with increased access to junk food and drinks (those with high trans-fat or sugar content and low nutritional value), physical inactivity and sedentary lifestyles. This is an increasing trend in many countries in the region, and contributes significantly to the growing prevalence of chronic diseases like diabetes and heart conditions, the report highlights.

In addition to poverty, other contributing factors include traditional diets that lack nutritious foods, poor infant feeding practices, inadequate clean water and sanitation, and farming a limited variety of crops. If children are stunted, this impacts their development in other areas including health and education, affecting their chances in life.

The report finds that stunting prevalence is highest in Cambodia, Lao PDR and Myanmar, as well as in parts of Indonesia and the Philippines.

Child malnutrition also has a significant impact on countries’ economies, the study finds. It reduces parents’ productivity and creates a burden on health care systems. It can lead to non-communicable diseases, disability and even death, reducing the potential workforce. The economic cost of non-communicable diseases in Indonesia — much of which is diet-related — is estimated at $248 billion per year.

Meanwhile, UNICEF and the European Union recently completed a five-year partnership to tackle nutrition issues in five Asian countries, including Indonesia, Lao PDR and the Philippines.

“The objective of the partnership was to help governments develop a holistic approach to nutrition, looking beyond just the health sector,” Ms. Rudert said. “For example, we worked to improve maternity leave for mothers, which is a labour issue, and families’ access to nutritious food sources — an agriculture issue.”