What Does Cancún Offer the Climate Generation? 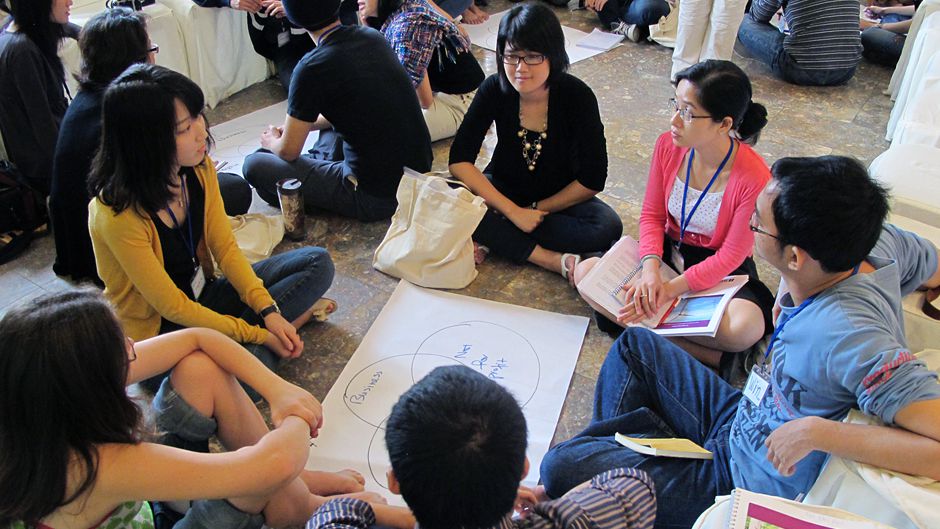 Across the globe, young people are paying attention to what is happening at the COP16 climate negotiations in Cancun, Mexico. They are the “climate generation” — the ones who are going to have to live with our climate legacy, our tendency to prevaricate and our collective global failure to act sooner. The hope is that we will see substantive progress in Cancun towards an internationally binding agreement.

This hope was echoed by a group of 30 young climate champions (from Japan, Korea, Thailand, Indonesia, Australia and Vietnam) who met in Vietnam on 22-26 November 2010 and who called on the leaders of the world to stop talking and take action on climate change.

They were brought together by the British Council Climate Generation Project in a workshop that focused on green business and entrepreneurship, aimed to help participants develop their green projects through project management and leadership skills training, as well as interaction with experts in the field.

What can the climate generation do?

To begin with, business as usual is not an option. These young people are green entrepreneurs and they are all developing “cool” projects aimed at addressing climate and sustainability issues in their community.

These young people are green entrepreneurs and they are all developing cool projects aimed at addressing climate and sustainability issues in their community.

For instance, Syuichi Ishibashi from Japan has developed an impressive energy literacy project to help monitor on-line energy use at home. Other projects include a factory making furniture from recycled materials in Thailand; a community based conservation project (link in Indonesian) near Lake Buret in Tulungagung, East Java; a green fashion show in Korea; and a project aimed at developing smart grid systems in Vietnam.

Young leaders can make a difference

Siti Nur Alliah, a British Council Climate Champion from Indonesia, is tackling a burning issue in the heart of Indonesia’s countryside in a quest to reverse climate change and lift a community out of poverty. As a community organiser, Alliah was keenly aware that farmers in Sekonyer village, central Borneo, remained poor no matter how much they burned surrounding forest to expand their farmland.

“Tragically, no matter how many resources are exploited, they are still considered as a community living under the poverty line,” she said.

So Alliah decided to see if there were more environmentally friendly agriculture methods that would have the added benefits of raising the quality and quantity of farm yields. The result was the Forest Farming project, which works with villagers in Sekonyer to expand their knowledge of agriculture to find better ways of managing their land.

Alliah says the project depended on cultivating local knowledge, encouraging the community to take action and fostering commitment in the village to sustained involvement. She says the great willingness of the indigenous people to work with her and her team to change their farming practices is a real sign that they are making a difference.

Climate Champion Hiroki Fukushima is part of a network of Japanese students who have issued the Climate Campus Challenge to educational institutions throughout the country. To help cut the education sector’s emissions of greenhouse gas, the students encourage universities to use renewable energy sources, retrofit campus buildings and buy green products. They then rank the colleges according to their success.

“We made an environmental survey of 334 universities and assessed them according to criteria, such as energy consumption per student, reduction in energy consumption, climate change policies, climate education for students and unique initiatives,” Hiroki said. “We published an Eco University Ranking and awarded certificates to universities with good environmental policies and activities, and organised a seminar to promote universities with good practice.”

Hiroki says the number of Japanese students participating in environmental activities has been on the rise since the 1990s but few of the activities were aimed at tackling climate change on campus. To remedy the situation, the core group studied projects overseas and thought how the activities could be best adapted to implement the campus challenge. They then enlisted students at various universities and established a network to realise the project.

Thai Climate Champion Panita Topathomwong is driving home her environmental message through her Cool Bus Cool Smile project. Panita is encouraging residents to cut their greenhouse gas emissions by leaving the car in the garage and hopping on public transport. She says that transport is one of the big sources of carbon dioxide emissions in urban centres and cutting back on car use would help lower the sector’s environmental impact and have the added benefit of easing gridlock.

So, with the support of the Bangkok Mass Transit Authority (BMTA) and the Ministry of Transport, Panita and her team organised a design competition to decorate three city buses and take the message to the road. The decorated buses toured Bangkok streets for three months after a high-profile launch in April 2009 attended by the Vice Minister of Transport, the Director of the BMTA, a representative from the British Embassy Bangkok and various media. 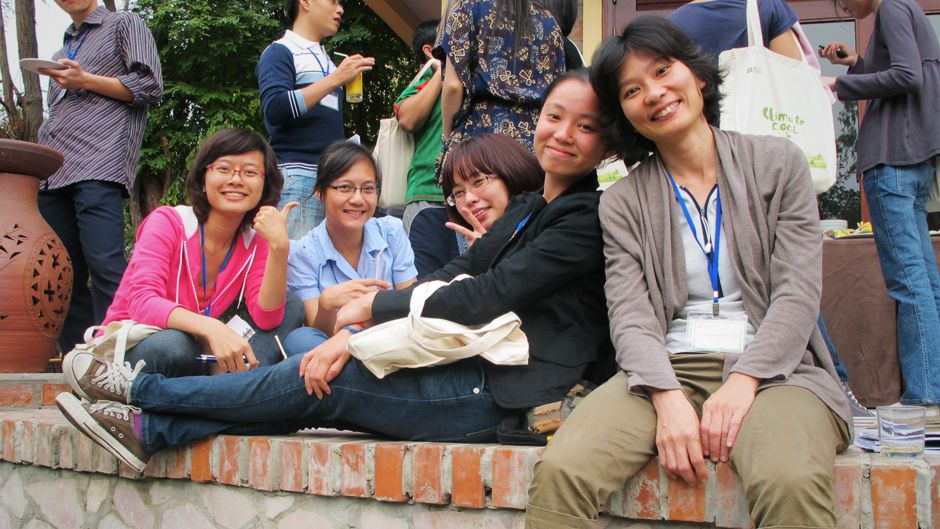 Climate Champions are young green entrepreneurs who are developing innovative projects aimed at addressing climate and sustainability issues in their community.

It is cool to be a Climate Champion

Since 2008, the British Council Climate Generation has worked with over 120,000 young people from across the world interested in tackling climate change. Through the Climate Generation project, young people have the chance to come up with grassroots projects to combat and offset the effects of climate change. The participants are given the training and resources they need to realise their proposals and spread the word about the issue in their communities.

Climate Generation encourages young people interested in tackling climate change to connect with each other, come up with local solutions and reach out to local, national and international decision-makers.

As Climate Champions, programme participants have access to the training and information they need to ignite discussion in their communities and devise projects that will help people adapt to and mitigate climate change. The result is a global network of enthusiastic young people with the knowledge, contacts and on-the-ground resources to take action on climate change and make positive contributions to people’s lives.

Climate Champions have come from a wide variety of backgrounds including government, business, entrepreneurship, NGOs, education and media. Through training in communication and negotiation, they can learn how to put their plans into practice and give voice to the concerns of their generation.

Clearly, the Climate Champions are acting in advance of the outcomes at COP16 and “doing it themselves” but hope that real progress can be made at Cancun.

For more information on the programme, please contact Huw Oliphant.

What Does Cancún Offer the Climate Generation? by Huw Oliphant is licensed under a Creative Commons Attribution-NonCommercial-ShareAlike 3.0 Unported License.

Huw Oliphant is the East and South-East Asia Project Manager for the British Council Climate Generation project, and is based in the British Council Tokyo office. The Climate Generation project aims to provide participants: training and resources to put their eco-ideas into action; opportunities to connect with networks in-country and internationally for information and opinion sharing on climate change and sustainability issues; and platforms to engage in national and international debate and action.