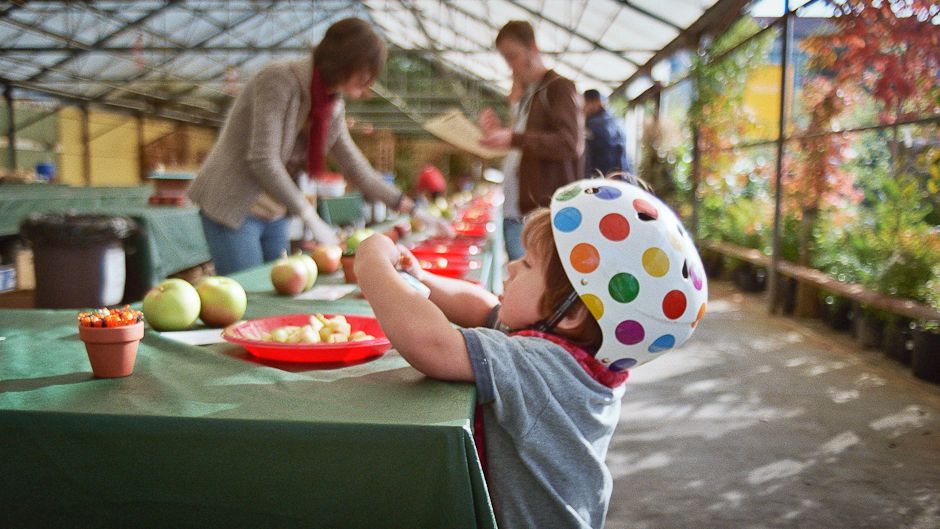 Today is World Environment Day and this year’s theme is one that everyone everywhere can wrap their minds around: “Think, Eat, Save”. The “think” part of the equation is calling attention to something that may seem like ‘no big deal’ to those who can order large unfinishable portions in restaurants or whose refrigerators contain enough so that some items get forgotten and spoiled. Yet wasted food and the industrialized, globalized way in which many of us procure our food is an enormous drain on natural resources and a big contributor to negative environmental impacts.

In fact, according to the UN Environment Programme (UNEP), global food production occupies 25 percent of all habitable land and is responsible for 80 percent of deforestation and 30 percent of greenhouse gas emissions. It is the largest single driver of biodiversity loss and land-use change. Add to that the fact that it takes about 1,000 litres of water to produce 1 litre of milk and about 16,000 litres to produce the feed for each head of beef cattle and you get another startling statistic: global food production counts for 70 percent of fresh water consumption.

So, if food is wasted it means that all the resources and inputs used in its production are also lost. This year’s campaign hopes to mobilize us to reduce the amount of food we waste, to save ourselves money while minimizing the impact of food production. Importantly, “think” also suggests that we make choices that help force food production processes to become more efficient.

And that thinking applies to research and policies to help tackle another aspect of food waste. In contrast to the phenomenon of “close-to-the-fork” waste in places like Canada, Europe, Australia and the United States, in developing countries, about two-thirds of the food wasted is lost close to the farm, says UNEP. This is largely because of poor infrastructure and inefficient production, harvesting, storage and transport of food, which is often carried out by smallholder farmers or other local actors who frequently struggle to secure a livelihood.

Indeed, helping smallholder farmers to play a bigger role in food production and natural resource stewardship is one of the quickest ways to lift over one billion people out of poverty and sustainably nourish a growing world population, according to a new UN report released today.

On the positive side, the “eat” part in the middle of this year’s theme reminds us to savour and feel good about that with which we nourish our bodies, as do participants in the innovative movement we feature below today. This story by Katharina Frosch appeared in The Wealth of the Commons, a collection of 73 essays that illustrate how millions of commoners have organized to defend their forests and fisheries, reinvent local food systems, organize productive online communities, reclaim public spaces, improve environmental stewardship and re-imagine the very meaning of “progress” and governance. Frosch is an economist and co-founder of Stadtgarten, a community-based gardening initiative in Berlin. She is also the co-creator of Mundraub, which she describes below. Both projects have been awarded prizes by the German Council of Sustainable Development.

In the shimmering heat of late summer, in a rural area in the former East Germany, the intense odor of fermenting fruits is in the air. There is a tree covered with hundreds of juicy pears, and a foot-high layer of rotting fruit on the ground. A stone’s throw away are plums, mirabelles, elder bushes and, every now and then, an apple tree along the path. An abundance of fresh fruit — much more than needed to feed birds, insects and other animals — forgotten, abandoned, unused.

Is this our common fruit? Are we invited to harvest it?

Today, at least in Germany, unowned fruit trees formally do not exist. Orchards situated outside human settlements are mostly in private hands, even if there is no fence around them. The mile-long fruit tree alleys characteristic of many regions, particularly in the former East Germany, are state- or region-owned. Fruit trees in parks belong to the cities. Harvesting apples without asking the owner amounts to stealing. 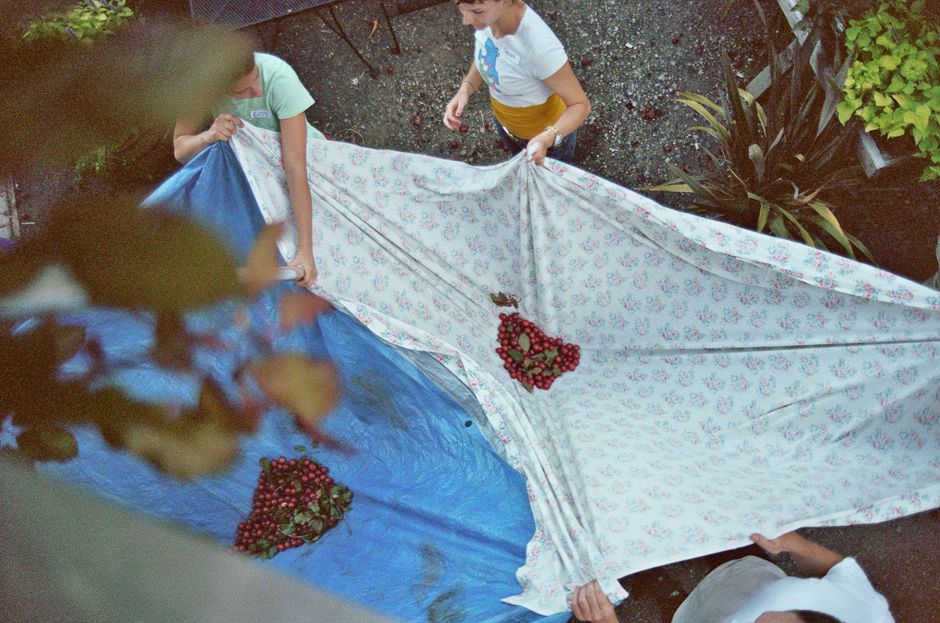 The clash between abundant but forgotten fruit in the public space — and the lack of information about property rights — calls for action. Whom to ask if we see an apparently forgotten fruit tree, full to bursting?

The Mundraub website invites people to tag forgotten fruit trees on an interactive map and to locate existing trees that can be harvested. In German, “Mundraub” (which literally means “mouth robbers”) refers to the theft of something edible in a strict legal sense, but the term has friendly, joking connotations, as implied by “filching” or “pilfering” in English. However, the website sets forth basic rules to respect private property and prevent damage to the trees and the natural environment, and calls for fair play in general.

In the first two years after the website launched in 2009, more than half a million people accessed the site, with several hundred actively contributing to the fruit tree map. Today the map shows thousands of “find spots” spreading across Europe.

So is the rediscovery of common fruit based on the mundraub map another confirmation of Elinor Ostrom’s Nobel Prize-winning theories about community self-management of common goods?

Some prophets of doom warned that the Mundraub website would incite swarms of reckless, hungry urban dwellers to savage private fruit plantations in the countryside and drive local farmers to ruin. However, there is no evidence that tree damage or stolen fruit have increased since the launch of the website. Users seem to intuitively adopt a responsible attitude. More than once, a “find spot” was taken off the platform at the request of users, lest it get over-used.

[quote quote=”Crowdsourcing in the Mundraub sense means the collaborative and self-organized collection and management of information about common fruit trees by a large number of self-motivated actors interacting online.” ]

While most of the 150 press articles about the Mundraub initiative focused on “fruit for free,” most users are strongly committed to the idea of sharing and crowdsourcing. (In this context, crowdsourcing means the collaborative and self-organized collection and management of information about common fruit trees by a large number of self-motivated actors interacting on mundraub.org, most of whom are unknown to the website operators.) They are far more concerned about contributing than in getting something for free. They tag trees, discuss botanical issues and recipes connected to local fruit. Perhaps most importantly, fruit-pickers tell splendid anecdotes about the find spot.

Indeed, the information about the location of free fruit trees, property rights and some how-to rules provided on mundraub.org helps Mundräubers to jointly overtake responsibility for the fruity abundance. It’s wholly self-organized, and beyond the market and state in the very ways described by the Ostrom school.

Nevertheless, we still have a long way to go: To conserve common fruit trees in the long run, regularly cutting the fruit trees and replanting young ones will be necessary. But the first move towards our common fruit has been made.

There are similar initiatives cropping up in many cities, such as The Portland Fruit Tree Project in Portland, Oregon, in the United States. Please jump in and share a story in the comments section about your personal actions or initiatives near you that target saving food from going to waste.