A Chance to Change the Ending We Know 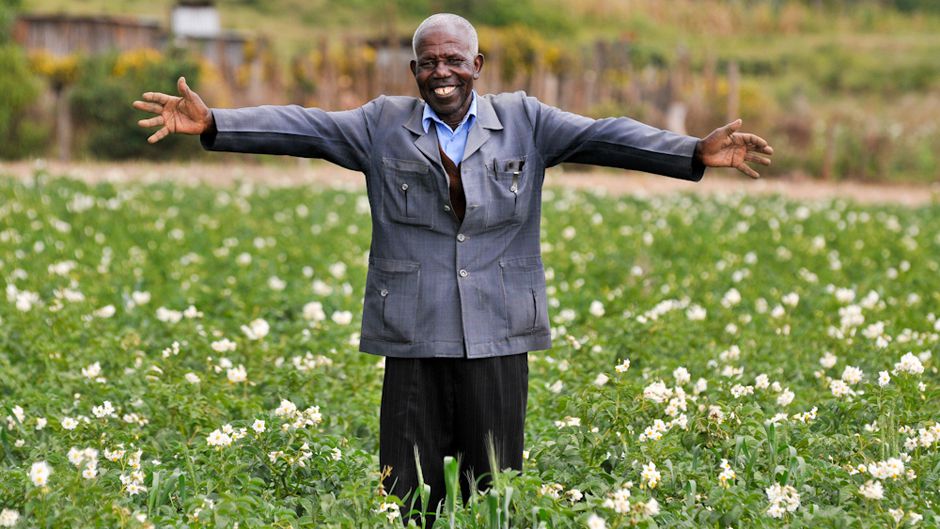 Human Dimensions is the in-house biannual magazine of the United Nations University International Human Dimensions Programme on Global Environment Change (UNU-IHDP). As part of each issue, young scholars are invited to participate in a topical writing contest. For the third issue, published in August 2013, the contest theme was the ‘human dimensions of the Sustainable Development Goals’. The following article is the first place entry, published in the issue: Moving Targets: Can the Sustainable Development Goals Deliver after 2015?

We have all seen the movie (or read the book) before — the one where human beings, having used up all the Earth’s resources, end up: a) seeking out other planets to exploit (Avatar), b) reorganizing into scary and unjust dystopias (The Hunger Games), or c) becoming prey (and the new resources) to new forms of higher or artificial intelligence (The Matrix). This is the story we know, with an ending we are familiar with. Most people today recognize that burning huge quantities of carbon is changing the atmosphere, and that (over)consumption patterns in Western cultures lead to untold costs abroad (human rights atrocities, polluted water and soils, irreversible losses of plant and animal species, etc.). Yet individuals in industrialized countries continue to engage in excessive and wasteful behaviours, while government policies continue to encourage them. Efforts to create or maintain “healthy economies” across the world are dedicated to growing economies, and increasing output and consumption, which have traditionally resulted in growth in the use of primary resources. We are stuck in a vicious circle, addicted to “business-as-usual” growth and scrambling to treat the symptoms of a flawed system, sometimes doing more harm than good despite good intentions.

While we have seen some progress toward “sustainability”, such as more informative product labelling or gains in energy efficiency, the gap between the rich and the poor has continued to widen. Global resource extraction grew by around 78 percent over the last 20 years, yet around 870 million people today suffer from chronic undernourishment and around 1.29 billion people live in extreme poverty. In the absence of pervasive change, we seem to be right on track to meet the doomsday ending everyone fears and many expect.

There are trade-offs and compromises to all ‘solutions’, not silver bullet fixes.

The question is, how can we change the ending we know? The answer lies in engaging and mobilizing people — business, policymakers, citizens, researchers, media, financial institutions, etc. — to harness ingenuity and innovation and turn knowledge into action across society. While this is quite easier said than done, a successful transition is still possible. Key to this process is both the conversation about, and the co-development of, the Sustainable Development Goals.

Changing the discourse: From problems to visions

Focusing on goals, rather than on problems, offers a number of advantages. First, it offers a message of hope, and positive messages are more powerful drivers for mobilizing action than are threats alone. The outcome document of the Rio+20 Earth Summit, The Future We Want, implies that we have the opportunity to choose our own future today, instead of accepting the doomsday fate. Second, there is no single solution that is optimal for everyone, and holistic, “out-of-the-box” thinking will be necessary in confronting sustainability problems. There are trade-offs and compromises to all “solutions”, not silver bullet fixes. Instead of focusing on solutions to individual problems, the sustainability challenge would be better served by focusing on creating sustainable systems. In other words, pursuing a goal-oriented strategy across the board, instead of reacting to individual problems as they arise. Third, targets offer a framework for strategic investment, rather than dealing with the consequences (and exorbitant costs) of catastrophic environmental change — such as droughts, hurricanes, rising sea levels, famine, mass migration, and so on. Targets can offer a benchmark for both new and old policies, and thereby contribute to policy coherence. In this way, situations in which the right hand and the left hand work against each other can be avoided.

The Sustainable Development Goals are an opportunity to raise awareness about the kind of future we want, and provide a framework for getting there. To act as a springboard for action, they need to:

1. Be based on a conversation

At no other point in history has the world been more connected. We are networked and cross-networked via the Internet with friends, colleagues, and even strangers, with communication channels at our fingertips that would have been unheard of just a decade ago. This also means we are bombarded daily with information, and it is difficult to sift through it all. Despite the amount of information and communication channels available, virtually no country has orchestrated an open, transparent and scientifically based discussion about the future. There are positive examples — the concept of energy security and transitioning has reached the mainstream in many countries (probably because of the price of oil). The Limits to Growth book caused a media storm in 1972, but was unfortunately misinterpreted by many, and the resulting debate was thus also misguided. In both cases, the conversation in society has focused primarily on one resource — oil. This is a tragic yet in many ways purposeful simplification of the challenges facing Western societies — all of which rely on a high throughput of resources as the backbone of their economies—and of the conversation about the future we should be having.

The question is, what can human beings create and innovate in a period of resource scarcity and expensive energy?

The conversation we should be having is about our collective vision for the future, and what it will take to get there. If we agree that the future we want is compatible with current key Earth operating systems, then if follows that we agree on the need for change. Specifically, this would imply a need to halt the increasing extraction of primary resources at some point. The questions are, at what point is this necessary (what are the acceptable limits), what kind of change (technological, behavioural, systemic, etc.), and how can this change happen in such a way that the benefits outweigh the costs (e.g. without job losses, declines in living standards, etc.)?

How this conversation takes place is arguably the most important factor. Environmental scientists have been advocating the need for change for at least forty years. However, a “one-way street” approach (telling instead of engaging) to communication has not been effective for changing behaviour at a large scale, which has largely been “business as usual”. There is a considerable difference between simply telling people what is best for them, and involving people in a two-directional discussion about the future and how change could happen (also as regards effectiveness for motivating action). Such a widespread conversation goes beyond awareness-raising; it means involving people in the development of a shared vision and corresponding goals from the beginning. It could happen in city halls, through social media, on television, etc., but goes beyond a stakeholder consultation because it involves stakeholders throughout the entire process.

The concept of a “safe operating space” for humanity has recently re-emerged as a hot topic in environmental sciences. This essentially refers to the conceptual tolerance that exists for using natural resources without disrupting key Earth operating systems (e.g., water and carbon cycles) beyond irreversible tipping points. At the ecosystem level it might mean, for example, how much of the Amazon rainforest can be cut before it turns into a desert. If we agree to targets that incorporate the need to protect biodiversity, which are drastically affected by logging in the Amazon rainforest, we must create some kind of feedback between deforestation and the underlying drivers of that deforestation. In other words, a link between demand and supply effects. For example, a Brazilian farmer may clear forest to plant soy (direct driver of deforestation). Soy is a profitable option because the demand for soy is high. The demand for soy is further reinforced downstream by targets and subsidies in the EU to increase the use of soy as a biodiesel (underlying driver of deforestation).

Without a feedback between demand and supply effects, there is no incentive to use resources more efficiently. This leads to situations where, on the one hand, individuals in the West donate money to save a tree or adopt a dolphin, while on the other hand their governments negotiate trade agreements or other policies that encourage wasteful overproduction, which in turn leads to overconsumption and further environmental degradation. For this reason, global Sustainable Development Goals need to be linked in a meaningful way to national consumption trends. This not only applies to a safe operating space for human-nature interactions, but also to goals for meeting basic human needs (combating hunger, poverty, etc.). For instance, an economic system that encourages people to fill the cavernous gas tanks of ever-growing SUVs with corn-based bio-ethanol, while nearly a billion people remain chronically undernourished, is neither sensible nor sustainable.

3. Link to meaningful timeframes and targets

Making the link between demand and supply effects related to Sustainable Development Goals is a first step, but will likely not lead to change by itself. This is because the nature of “sustainable development” is long-term, making it easy to reschedule “change” to some future, more convenient, time. This is essentially large-scale procrastination, compartmentalizing long-term challenges to a period after other, more pressing, issues have been solved, whether it be the financial crisis, unemployment or enhanced homeland security. But short-term and long-term objectives need not be mutually exclusive. National challenges should be linked in a meaningful way to long-term visions and international Sustainable Development Goals (as well as national sustainability targets).

To delay an informed conversation about the problems of growth in a finite-system will only delay those interventions necessary to maintain economic growth and prosperity in a finite resource-system.

Manageable milestones over the short term are also necessary. This is especially key for sparking innovation. Technological innovation and development have made communication, trade, and manufacturing more efficient and our lives vastly more convenient, efficient and entertaining, in addition to extending their duration. This type of innovation reveals a capacity for ingenuity in a period of abundant resources and cheap energy, but it may be limited by capital, resources or business opportunities in the future.

The question is, what can human beings create and innovate in a period of resource scarcity and expensive energy? More specifically, how can innovation be harnessed to contribute to reaching Sustainable Development Goals? Making the link to innovation in the discourse around Sustainable Development Goals explicit makes the “how to” question easier to grasp. The good news is, examples of innovation in the way business and consumption are shaped — changing “business-as-usual” — are widespread and growing. For instance, product-service systems shift the concept of ownership and use to create incentives for more durable and easily reparable products, frugal innovation invests time and money to make products more simple and functional for users with lower monetary and resource costs (especially in “developing” countries), and social innovation improves life quality through community movements.

To delay an informed conversation about the problems of growth in a finite-system will only delay those interventions necessary to maintain economic growth and prosperity in a finite resource-system. Ingenuity and innovation may, in the meantime, be guided in the wrong direction. The Sustainable Development Goals provide a context and an impetus to begin this conversation; to link investment and innovation to individual consumption and motivation; to bring about the future we want, instead of resigning ourselves to the future we expect.

Meghan O’Brien is currently a PhD student at the University of Kassel and a researcher at the Wuppertal Institute for Climate, Environment and Energy in Germany. She is especially interested in how innovation can contribute to the transition to a Green Economy, and how this type of innovation can be encouraged.