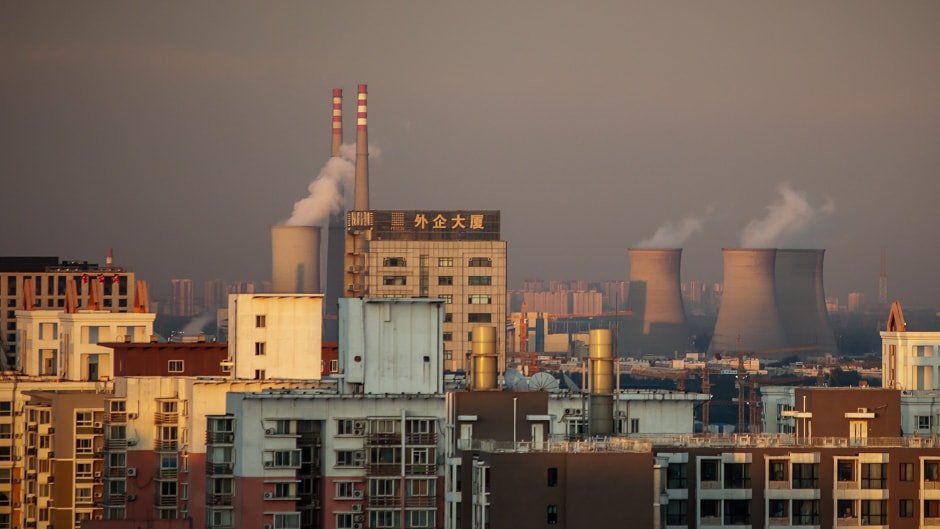 This article is part of the United Nations University’s Habitat III series featuring research and commentary related to the UN Conference on Housing and Sustainable Urban Development, 17–20 October 2016 in Quito, Ecuador.

Cities have been recognised as key drivers towards successful governance of resources and as the front line in combating climate change. But the North-South economic divide that historically has shaped debates on urbanisation and climate change could soon be overshadowed by inequalities related to a potentially stronger disparity between rural and urban areas — carbon emissions.

New research analysing data from more than 200 countries over five decades shows that rates of urbanisation correlate more with carbon emissions than wealth (gross domestic product per capita). As countries urbanise, their cities’ contributions of carbon emissions and greenhouse gases start to become disproportionately high in comparison to their population and wealth.

This rural-urban divide is likely to precipitate into a more local, yet complex dynamic, particularly relevant to the developing world, which faces the triple challenge of rapid urbanisation, social justice, and environmental sustainability. As global emissions disparities move from North–South to rural–urban, there is a greater need to address these local/sub-national inequalities at a national level.

As urban stakeholders meet this week in Quito, Ecuador for Habitat III — the United Nations Conference on Housing and Sustainable Urban Development — this emerging rural-urban carbon disparity should be a consideration in the adoption of the conference’s outcome document, the New Urban Agenda. The draft Agenda states that: “Given cities’ demographic trends and their central role in the global economy in the mitigation and adaptation efforts related to climate change and in the use of resources and ecosystems, the way they are planned, financed, developed, built, governed, and managed has a direct impact on sustainability and resilience well beyond the urban boundaries.”

As the world makes an unprecedented rural-to-urban population shift, the 21st century poses a challenge in further tinkering with the inequalities in access to resources and allocation of carbon emissions. Historically, urbanisation has been correlated with wealth and the massive consumption of fossil fuels that accompanied it. Some accounts indicate that more than 70% of global greenhouse gases are produced within urban areas, which consume 60%–80% of the world’s energy.

The urban and the ‘have nots’

International climate governance recognises the divide between, or the existence of, ‘have’ and ‘have not’ countries. But focusing on carbon emission inequality from a rural-urban perspective further differentiates the ‘have-nots’ and establishes that ‘rural’ developing countries are the most disadvantaged. Thus, a country’s degree of urbanisation, and not merely its economy, determine its carbon emissions.

The rural constituencies in South-East Asia and Africa are the most disadvantaged, with electrification rates reaching only 69% and 26%, respectively. Electrification rates are the lowest in sub-Saharan Africa at 17%. This has implications for designing a fair global regime for ending energy poverty, tackling climate change and achieving the Sustainable Development Goals (SDGs) due to ethical, empirical and governance gaps related to urban-rural carbon dynamics.

Meanwhile, population growth for the remainder of this century is predicted to occur primarily in cities in low- and middle-income nations. Asia alone saw a surge of one billion urban dwellers from 1980–2010 — which is more than the population of Western Europe and the United States combined — and the region is expected to add another billion by 2040.

A radical and urgent transformation in the way we build our cities is needed to avoid disproportional increases in carbon emissions and disparities between rural and urban resource access and carbon emissions. SDG11 offers an opportunity to provide solutions leading to sustainable cities and makes leaders accountable for the urban ecological impacts.

It is clear that equal access to resources forms the bedrock of sustainable human settlements and future urbanisation. However, this translates into immense barriers to changing national urbanisation pathways, particularly for developing countries, which seem to be following the unsustainable paths of urbanisation in rich countries. For example, some cities in China emit more CO2 per capita than many cities in developed countries.

Promoting cities as only engines of economic growth creates stiffer competition among cities, which leads to more consumption, higher concentration of wealth, and more pollution. These, in turn, increase inequities, which are generally felt hardest by the poorest and weakest in cities and rural areas — those who have little voice and suffer from having fewer resources and opportunities.

In order to decrease emissions and inequalities, there is an urgent need to catalyse and scale up innovations that provide adequate housing, energy access, transportation, and economic opportunities for the growing urban population in a sustainable manner.

Habitat III offers a chance to show the importance of sustainable urbanisation in fighting inequalities within and beyond cities. Although changes made towards more sustainable urbanisation patterns would yield immense climate co-benefits, the New Urban Agenda must be a framework that strengthens institutions and capabilities at the local and sub-national levels so they can lead the urban transformation.

To read more on this topic, see the authors’ article in the open-access journal Urban Climate: “From Global ‘North–South’ to Local ‘Urban–Rural’: A Shifting Paradigm in Climate Governance?”

A New Rural-Urban Agenda for Climate Governance by Jose A. Puppim de Oliveira and Mahendra Sethi is licensed under a Creative Commons Attribution-NonCommercial-ShareAlike 4.0 International License.

Mahendra Sethi is an urban environment expert and editor at the National Institute of Urban Affairs (New Delhi), and was previously a PhD research fellow at the UNU Institute for the Advanced Study of Sustainability (UNU-IAS) in Tokyo.