Are Countries Legally Required to Protect Their Citizens from Climate Change? 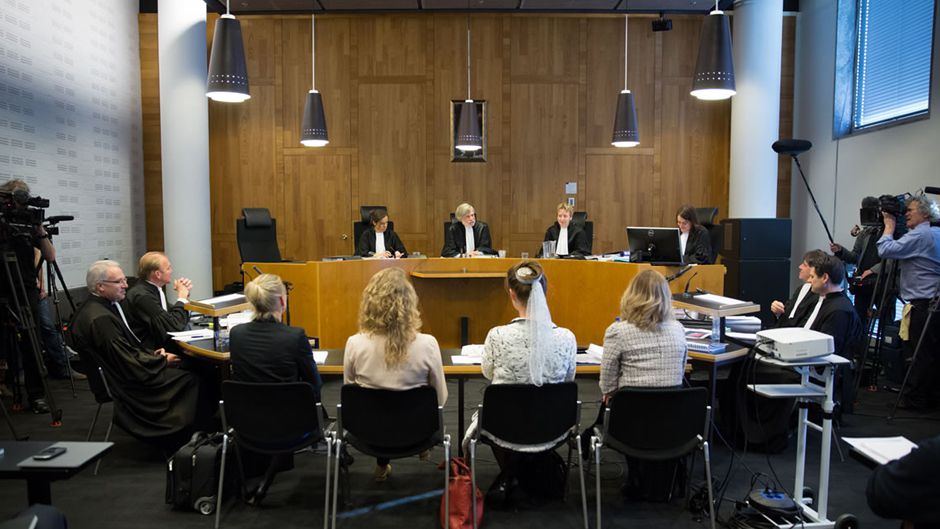 On 24 June 2015, a court in The Hague ordered the Dutch government to act faster in its duty to protect its citizens against the effects of climate change. This marks the first time the issue has been legally declared a state obligation, regardless of arguments that the solution to the global climate problem does not depend on one country’s efforts alone. The decision was based on various branches of law, including, most importantly, human rights. In effect, it makes the Dutch government accountable for greenhouse gas emissions on its own territory, an outcome other countries may also need to heed.

The government, the court said, must ensure that Dutch emissions in 2020 will be at least 25 percent lower than those in 1990 — the amount the Intergovernmental Panel on Climate Change Fifth Assessment Report says is needed from industrialized countries if the world is to not exceed 2 °C (3.6 °F) warming and avoid the worst consequences of climate change. Dutch political leaders had been planning to cut emissions by up to 17 percent within the next five years.

“Our case lets politicians know that they can’t let climate change happen. They have a duty to act, be it legally or morally,” says Dennis van Berkel, legal counsel to the Urgenda Foundation, which, supported by about 900 co-plaintiffs, initiated the suit.

The Dutch, whose country lies largely below sea level, have reason to worry about climate change. But they live in a country that has resources to adapt. People in poorer countries, who have contributed least to climate change and are also often least well prepared to respond, are likely to suffer the most. It’s for them that the Dutch victory is critical, says van Berkel. “The rights of our co-plaintiffs are central, but people outside of the Netherlands will be even harder hit by climate change,” he says. “The ruling will encourage others to appeal to human rights when it comes to climate change threats.” Which brings up the big question: Is the Dutch court ruling a landmark for the entire globe?

From human rights to policies

In 2008, the International Council on Human Rights Policy in Geneva, Switzerland, wrote in a report about climate change and human rights: “As a matter of law, the human rights of individuals must be viewed in terms of state obligations.” But the world has long been grappling with international agreements for such obligations; from the 1997 Kyoto Protocol to repeated Conference of the Parties to the United Nations Framework Convention on Climate Change (COP) meetings, the best efforts have struggled to gain traction, in large part because political actions have not kept pace with promises made.

Aware of that gap, citizens have tried to litigate political leaders into action, but prior to the Urgenda (a portmanteau of “urgent agenda”) case there were no victories. In 2005, for example, the Inuit Circumpolar Council filed a petition to the Inter-American Commission on Human Rights, based in Washington, DC, claiming that global warming caused by greenhouse gas emissions from the United States violated the Inuit people’s right to sustain their traditional ways of life due to destruction of the Arctic environment. But the commission dismissed the complaint due to lack of sufficient evidence. 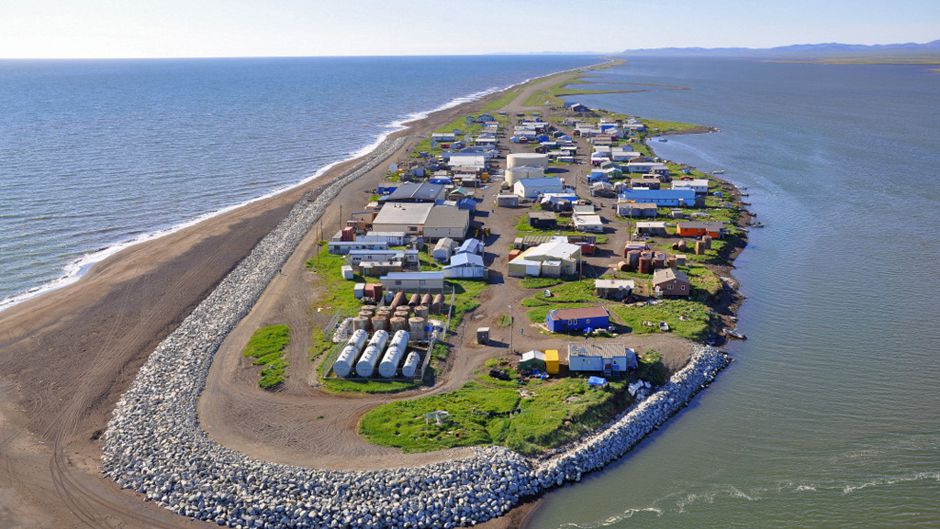 “The obligations are clear,” says Wim Voermans, a professor of constitutional law at Leiden University in the Netherlands. “But when they aren’t kept, can citizens then make a claim that it’s a country’s non-acting that’s endangering them? That’s the challenge. … It’s hard to prove direct causalities in civil litigation.”

In 2008, the village of Kivalina, Alaska, sued several large energy companies, claiming that global warming had diminished sea ice formation, forcing the village to relocate. The case was dismissed based on judicial determination that decisions about permissible levels of greenhouse gas emissions should be made by the executive and legislative branches, not by the courts.

“The real problem is, who has what power?” says Michael Gerrard, director of the Sabin Center for Climate Change Law at Columbia University Law School. “Whose job is it to set climate policy? Basically, all judges have said, not me. Before the Urgenda case, no court had really taken on this role.”

Courts haven’t been entirely averse to taking responsibility, though. In 2006–2007, Massachusetts sued the US Environmental Protection Agency, which had refused to regulate carbon dioxide as a pollutant under the federal Clean Air Act of 1970. The agency claimed that any attempt to regulate greenhouse gases might impede potential White House strategies. The Supreme Court disagreed. While it was an important outcome, “the court did not set policy,” Gerrard explains. “It was just saying, it is EPA’s job.”

Meanwhile, in different countries courts have varying views about how broadly they can act. In environmental policy, courts have at times chosen to intervene on behalf of the public. In 2001, for example, the Supreme Court of India decreed that all Delhi buses had to convert from diesel to natural gas, which has had a profound effect on air quality. It was an important ruling, but it didn’t get into climate change.

Amid this impasse between governments avoiding responsibility and courts preferring not to interfere, academics and attorneys worldwide as well as some members of the judiciary have felt a growing unease. A group of them eventually came together to determine whether climate change is an actual issue under existing law, specifically international law, human rights law, national environmental law and, to a lesser extent, tort law. They concluded the answer is yes. “There are longstanding principles of human rights and protection of environment that are threatened by climate change,” Gerrard says. “Our view is that the law should have the ability to address this great threat.”

The group’s discussions, which took several years, led to the launch of the Oslo Principles on Global Climate Change Obligations on 1 March 2015. Drawing on existing law and the IPCC’s 2 °C (3.6 °F) threshold finding and prepared by expert members from national and international courts, universities and organizations in every region of the world, the principles seek to define the scope of legal obligations relevant to climate change. “We are currently educating judges around the world of the existence of the principles,” says Gerrard, a co-author of the principles. “Our hope is that judges in various countries will use the framework of the principles and that they are cited by the courts.” 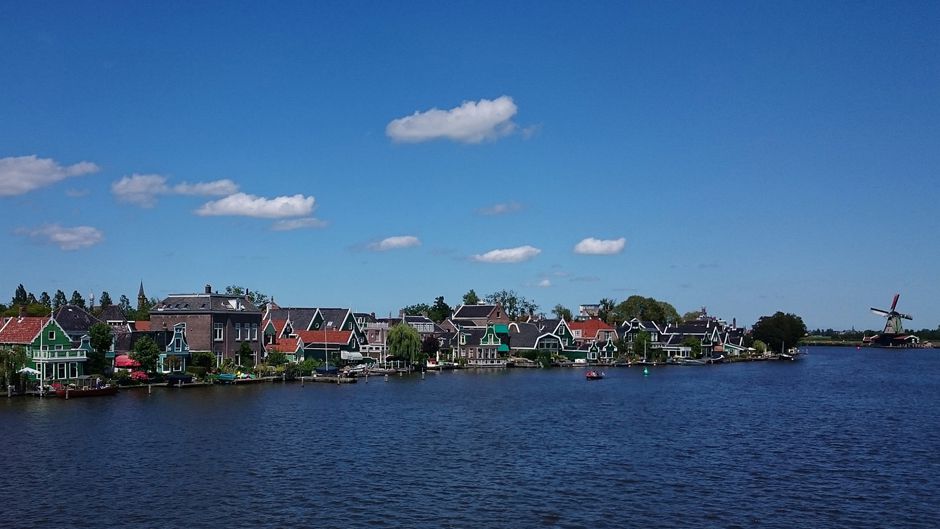 Much of the Netherlands sits below sea level, making consequences of climate change, such as sea level rise, less abstract than in some other places around the world. Photo: Peter Eijkman (meijkie). Creative Commons BY-NC (cropped).

The Urgenda case began before the principles were established, and was inspired by a book titled Revolution Justified, written by Roger Cox, one of the lawyers representing Urgenda, which looks at how courts can play a role in solving energy issues. But as the suit progressed it relied in part on the Oslo Principles, bringing together various branches of law and IPCC science. According to Gerrard, the Urgenda ruling was “the first decision by any court in the world ordering states to limit greenhouse gas emissions for reasons other than statutory mandates.”

Meanwhile, new scientific findings keep pouring forth. The journal Nature reported in February that carbon emissions from thawing permafrost will accelerate climate change, information not accounted for in current IPCC reports. With each such finding, the goal to not exceed an increase of 2 °C (3.6 °F) becomes more difficult. “Our findings add one more pressure for action,” says Kevin Schaefer, a scientist at the National Snow and Ice Data Center at the University of Colorado, who contributed to the Nature paper. “There is a sense of urgency. The carbon feedback is an irreversible process, a true tipping point.”

But a lack of scientific evidence hasn’t been the stumbling block for climate action in the decades since scientists have identified the issue. The Urgenda ruling could offer a different way forward because it sets a legal precedent, saying that concrete reductions cannot wait. While the ruling is not binding for any other country, it sets an example and, as such, is a landmark for the world.

“We hope that there is enough momentum built that many countries feel an obligation,” Gerrard says.

A pathway to commitment

This offers a new piece to the puzzle as countries move toward convening in Paris for COP 21 this coming November — a piece they will likely have to deal with before then as lawyers are emboldened to bring similar cases around the globe. “No one expects that commitments made in COP 21 will be sufficient to avoid dangerous climate change,” van Berkel says. “But after COP 21 it is going to be critical that countries remain committed to what is needed. Juridical procedures similar to our case are going to be instrumental in this.” No events have been scheduled yet in Paris to discuss the Oslo Principles, but Urgenda has been organizing a march from Utrecht to Paris starting 1 November to draw further attention to action needed to fight climate change.

A citizen suit similar to Urgenda’s is currently underway in Belgium, and another is expected soon in Norway. Urgenda’s decision may yet be appealed, and future cases may be successful or not. Either way, they each will play a role in changing the zeitgeist toward a feeling that climate change and human rights are inextricable, says Bill McKibben, founder of the climate campaign 350.org, which, among other actions, has led the campaign for universities and other entities to divest from fossil fuels. “They’ll drive home, constantly, the message from Desmond Tutu: Climate change is the human rights crisis of our time.”

Are Countries Legally Required to Protect Their Citizens from Climate Change? by Sophia V. Schweitzer is licensed under a Creative Commons Attribution-NoDerivatives 4.0 International License. Permissions beyond the scope of this license may be available at Ensia.

Based on the Island of Hawai’i, Sophia V. Schweitzer is an independent science writer focusing on climate change and the environment. Her work has appeared in numerous publications including Pacific Standard, Wired.com, American Forests and Buddhadharma. She is the author of Big Island Journey and several other books.

Court Tells Dutch Government it Must Cut Back Emissions