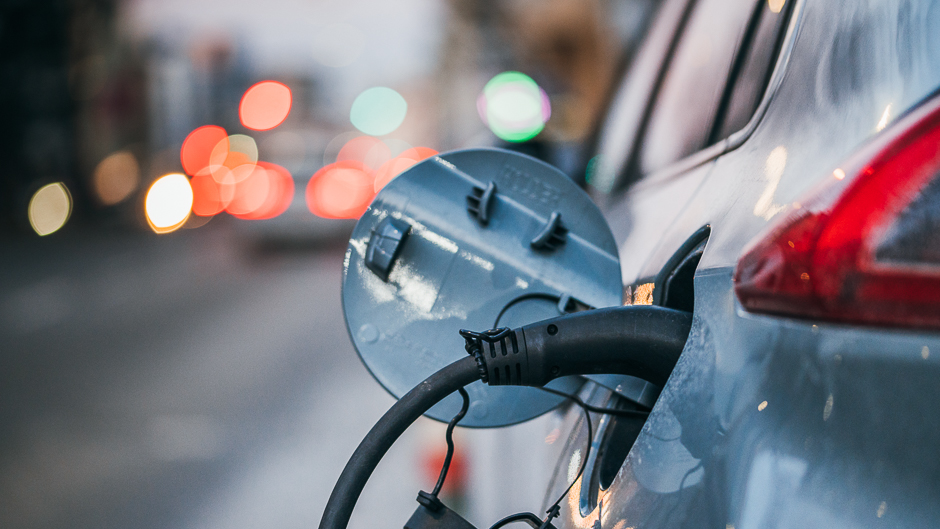 Electric vehicles (EVs) are confidently expected to decarbonise road transportation, contribute substantially to the net zero agenda, and so help to solve the climate crisis. But as Ben Jones points out in a recent WIDER Working Paper, a rapid growth of global supplies of minerals and rare metals is a prerequisite. This in turn opens new prospects for mineral-abundant countries, many of which are less-developed economies.

Tony Addison, former Chief Economist at the UNU World Institute for Development Economics Research (UNU-WIDER), and I explored these prospects in a series of high-level UN Roundtables over the course of 2021 — an opportunity to communicate our ideas to many critical stakeholders in all continents. Here, and in a related blog, I lay out the opportunities and risks that took centre stage during these discussions.

It is increasingly assumed that EVs are the future of transportation. The International Energy Agency reports that there were some 16.5 million EVs on the world’s roads by 2022. That number is projected to increase seven-fold by 2040. Annual global sales of EVs could rise from 2.5 million to over 30 million by 2030.

But, there are doubters and their doubts do have some substance.

There are several complicating factors that can compromise the promise that EVs are said to offer. These risks should be considered carefully before any country — and particularly any developing country — puts too much skin in the game.

First, there are the high costs of installing sufficient accessible charging points, especially in countries with low levels of electricity access (access levels below 40% are quite common). Second, there are question marks about battery longevity and the costs and technical challenges of both replacements and recycling. Third, the engineering complexities and the task of upskilling mechanics trained on conventional internal combustion engines need to be considered. Fourth, the greater weight of EVs caused by their heavyweight batteries is a particular concern for low-income countries that already struggle to maintain road infrastructure.

And finally, charging EVs with largely coal-fired power — which would especially be the case in the most populous countries of India and China — will not reduce carbon emissions much.

These risks notwithstanding, there are opportunities for several developing economies to benefit from the EV revolution, but mainly as providers of critical mineral inputs into EV manufacturing, rather than as consumers and users of EVs.

Indeed, a substantial share of today’s global reserves of the key metals needed in quantity for the transition to clean energy are located in lower-income countries. Examples include 68% of lithium, 47% of manganese, 34% of nickel, 40% of platinum, 70% of titanium, 41% of zinc, 46% of copper, and 68% of cobalt.

A recent WIDER Working Paper by Ericsson and Löf ranks 40 lower-income countries that have some potential to take advantage of their endowments of these and other metals. The deeper analysis of this potential in their study is suggested reading for anyone who wants to learn more.

Another word of caution for resource-endowed developing nations

It is a common political assumption that the mere presence of a critical mineral resource justifies large investments in downstream processing to enhance national added value. But this can be a seriously misleading assumption. Experience confirms the inherent problems of building viable domestic processing: certainly no developing country can assume that a rich endowment of any critical mineral will lead inexorably to the eventual emergence of a commercially-sustainable industrial output based on those minerals. In a related blog, I probe more deeply into some of the challenges faced to develop such national added value, using Bolivia’s efforts to capitalize on its extremely rich endowment of lithium as one example.

Strategies for harnessing the potential in developing countries

Many low- and middle-income countries that are already highly dependent on extractive resources have learned how difficult it is to cope with the inherent instability of the prices and the markets in which these resources are traded. The WIDER working paper by Ericsson and Löf referenced above confirms that a large sub-set of those countries have the potential to significantly increase their mining output to meet the new demands for the global energy transition. But, partly for the reasons articulated above, prospects for doing so face uncertainties which are probably even more acute than encountered in the past.

What strategies can help address such uncertainties?

Two modest suggestions can be offered. First, acting on good evidence is vital. High-quality data on mineral endowments is needed — not only their volumes, but also whether they are of marketable quality, commercially viable, and at what price? The geological record underpinning such data is merely the first part of this requirement. Further, all potential supplying countries need to be very well-informed about global trends in both EV uptake and above all competing suppliers.

Second, it is important to develop a deep and regularly updated awareness of the market and its uncertainties, and use this to maintain a grounded macroeconomic forecast. This includes the need to be cautious about increasing tax rates on mining products when, in the short term, there are high prices and bullish forecasts of future demand. These are rapidly changing markets; today’s competitive positions can easily disappear.

This article was first published by the UNU World Institute for Development Economics Research.

As Global Demand for Electricity Grows, Geothermal Energy Heats Up