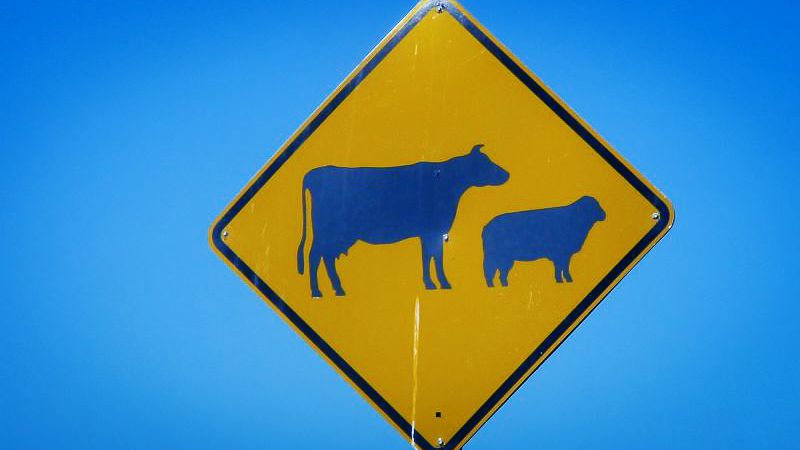 Meat free Mondays has to be the way to go. Former Beatle Paul McCartney backs it. Rajendra Pachauri, head of the Intergovernmental Panel on Climate Change, advocates it.

But somehow the reaction you mostly get for proposing such a thing is criticism rather than praise. We love our meat. Our meat industry loves our meat. Our political leaders love our meat. You can’t expect people to turn vegetarian, even one day a week, simply because it might help save the planet.

Health ministers, like Ben Bradshaw from the UK, will step in and say that they don’t suspect meat consumption is a big contributor to climate change. Or some will  argue that there are more useful things you can do to reduce your carbon emissions than giving up meat. This seems to be the common comeback to most calls for personal action to reduce emissions.  Save energy at home rather than flying. Or rather than giving up meat, give up flying instead. Always one cop out or another.

But where do we get the idea that meat eating is bad for the climate? It seems every one points to a 2006 report from the United Nations Food and Agriculture Organisation that found that the meat industry produces more greenhouse gases than all the SUVs, cars, trucks, planes, and ships in the world combined.

The report, entitled Livestock’s Long Shadow, claimed that meat production accounts for about 18% of the world’s total greenhouse gas emissions (download the report from the sidebar above to learn more).

Perhaps one way to respond is to try to clean up the meat industry and find ways to reduce the associated emissions directly from the ‘sources’ mouths’ (changing feeding practices to reduce methane emissions from cattle).  That would be very nice, because it means I don’t have to do anything at all.

But then again, maybe it is also about you and I making different decisions about how much meat we should eat. We could begin by following Meatless Mondays and gradually reducing the amount of meat we eat until we become vegetarian.

What do you think? Have you stopped eating meat? Have you reduced your meat consumption? Or are you happy to carry on chomping those burgers and steaks?

Debate 2.0: Meat or the Climate? Pick One! by Brendan Barrett is licensed under a Creative Commons Attribution-NonCommercial-ShareAlike 3.0 Unported License.
Based on a work at http://ourworld.unu.edu/en/debate-2-0-meat-or-the-climate-pick-one/.