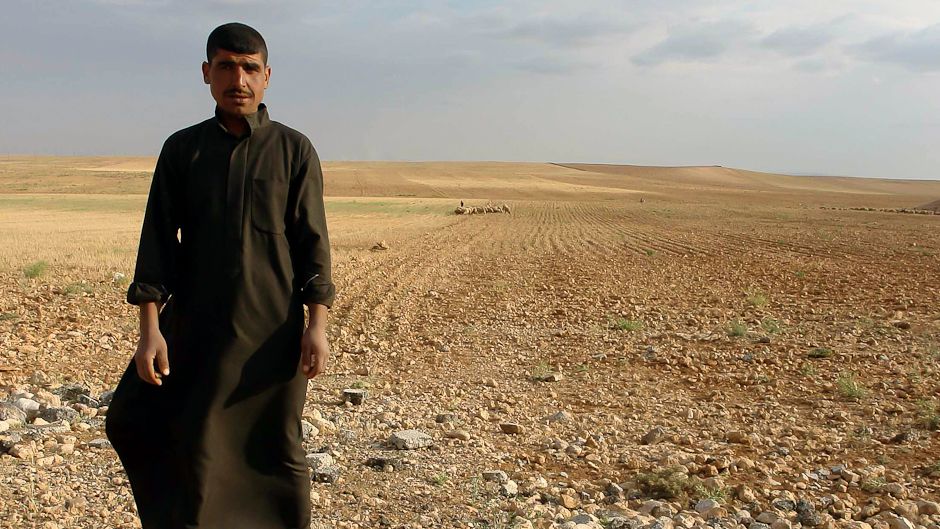 The political turmoils in Syria, along with Egypt and other countries in the Middle East, have entangled the international community and served as a major test of global governance. Syria’s political difficulties have lead to such problems as a stream of refugees fleeing to the Turkish border, exacerbated sectarian tensions and contributed to the deterioration of human rights in the region, according to the United Nations High Commissioner for Human Rights.

And new stories about regional security and humanitarian troubles in Syria have been emerging, despite the Syrian government’s intensive media blockade. But what rarely gets commented upon is the devastating drought that has gripped Syria since 2006 and reportedly driven more than 1.5 million people from the countryside to cities in search for food and economic normality.

Compounding the problem are the country’s so-called market reforms that have resulted in cutbacks in subsidies for food and fuel. Even as the political future of Syria and its President Bashar al-Assad remain uncertain, what is arguably a source of greater political instability in the long-term are the problems associated with drought and resource scarcity-induced migration that show no signs of abating.

Long before the start of the Jasmine Revolution that erupted earlier this year in Tunisia and Egypt, nearby Syria — the birth place of wheat and barley — has been experiencing severe livestock and crop loss. More than a year before the current political turmoil started in the country, Syrian farmer Ahmed Abdullah, living in a ragged burlap and plastic tent with his wife and 12 children, remarked to an American journalist that “he once had 400 acres of wheat, and now it’s all desert. We were forced to flee. Now we are at less than zero — no money, no job, no hope”.

Ahmed Abdullah and his family are unfortunately not alone. Olivier De Schutter, United Nations Special Rapporteur on the Right to Food observed in a report earlier this year:

“The losses resulting from these repeated droughts have been significant for the population in the North-eastern part of the country, particularly in the governorates of El-Hassakeh, Dayr-as-Zawr and Ar-Raqqa: in total, 1.3 million people have been affected … and 800,000 of which were severely affected. Most affected are small-scale farmers, the situation of many of whom has further worsened in 2010 as a result of the yellow rust disease affecting the soft wheat production; and small-scale herders, who often lost 80-85% of their livestock since 2005”. 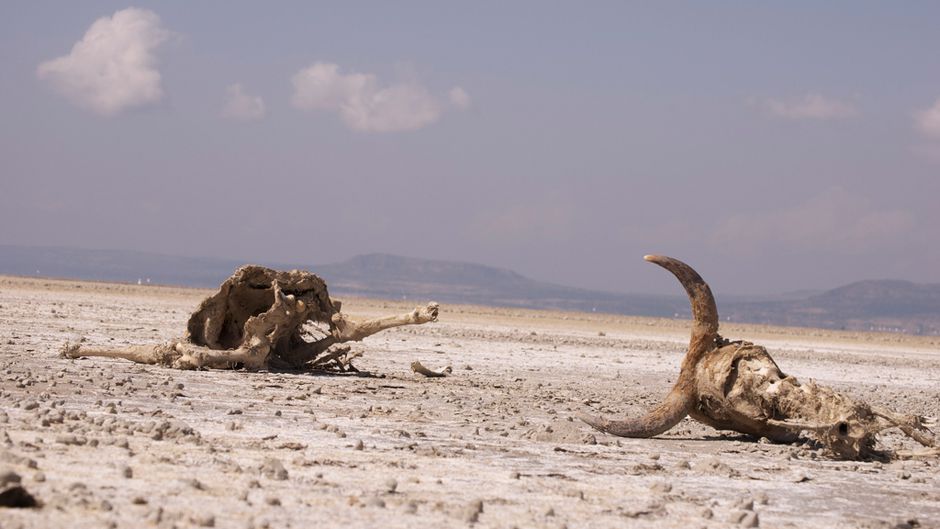 [quote quote=”Rainfall in some areas is expected to decline by as much as 50% by the middle of this century, rendering many local livelihoods unviable and dramatically raising the risk of chronic hunger.” type=”image” image=”3629″ ]

The situation in Syria is in many ways a microcosm of an issue that the international community will be confronting in the future: what can be done about migration and other related complex humanitarian problems brought on by climate change and water scarcity concerns.

According to the 2009 report In Search for Shelter: Mapping the Effects of Climate Change on Human Migration and Displacement by CARE International, climate change is already contributing to displacement and migration. Mexico and Central American countries are already experiencing the negative impacts of climate change, both in terms of less rainfall and more extreme weather, such as hurricanes and floods. Rainfall in some areas is expected to decline by as much as 50% by the middle of this century, “rendering many local livelihoods unviable and dramatically raising the risk of chronic hunger.”

As climate change increases the frequency and intensity of natural hazards such as cyclones, floods, and droughts, the number of temporarily displaced people will rise. This will be especially true in countries that fail to invest now in disaster risk reduction and where the official response to disasters is limited.

What’s in a number?

Whether the actual number for climate change induced migration or what some people refer to as “environmental migrants” is several million people or in the tens of millions of people, the actual number may be less important (beyond the news media headlines) than improving our understanding of the complex social-ecological relationship between human migration and environmental conditions.

Here are a few reasons why. First, there are many well-established examples of environmental and resource drivers of human migration and displacement. Some notable examples from a 2004 analysis of global warming and human migration include, among others:

•  The 1930’s dust bowl in North America, which was caused by exploitative agriculture systems.

•  The drying out of Lake Aral in Central Asia, which was caused mainly due to water diversion for large-scale irrigation schemes in the Soviet Union.

•  The Sahel drought and famine, which has transformed a huge arid zone into an extremely vulnerable region.

•  Rural exodus in many countries, worldwide, in both industrialized and non-industrialized countries: a long-term environmentally induced process,   often linked to decreasing economic security and climate change.

• The structural insecurity in the Horn of Africa: a complex emergency with at its roots desertification, drought, conflict over land, war, and economic and political instability.

Second, although there are still many important, as yet unanswered, questions about the climate change and resource scarcity-induced human migration process (e.g., whether climate change-induced migrants deserve different or special legal protection under international law), there is a strong contemporary academic scholarship on the environmental dimensions of human migration and displacement.

In fact, the modern conception of what subsequently became known as climate change-induced migration and displacement began in the mid-1970s with a publication on global population co-authored by Lester Brown, founder of the Worldwatch Institute.  Former Executive Director of the United Nations Environmental Programme Mostafa Tolba wrote in a 1989 Bioscience journal article that “as many as 50 million could become environmental refugees if the world did not act to support sustainable development” while British environmentalist Norman Myers wrote a number of reports, journal articles, and books in the 1990s and more recently, about the growing problem of climate change-induced migration and displacement. 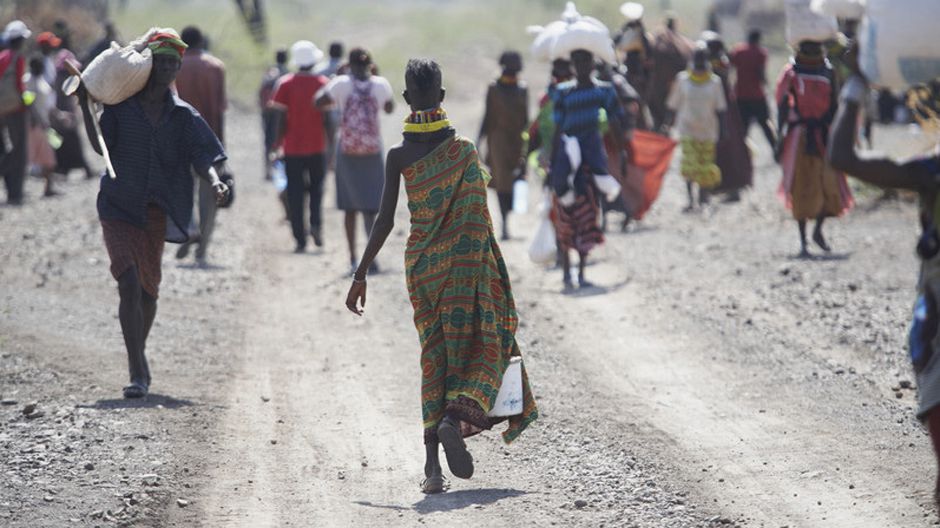 The pastoralist communities of Turkana, Kenya, are experiencing the longest period of drought in their history. Photo by Oxfam International.

[quote quote=”The drought and resource scarcity conditions that forced farmer Ahmed Abdullah and his family to live in plastic tents and to lose any hope for the future are producing humanitarian disasters impacting millions across Africa.” type=”image” image=”3630″ ]

One important development that allowed the term “environmental migrants” to go viral as a global policy concern was the release of the World Disasters Report in 2001 by the International Federation of Red Cross and Red Crescent Societies, which reported that an average of 211 million people were killed or affected by natural disasters — seven times greater than the figure for those killed or affected by traditional military and political conflicts from each year from 1991 to 2000.

Another important policy development occurred when IOM took the step of defining environmental migrants as “those displaced by extreme environmental events but also those whose migration is triggered by deteriorating environmental conditions”, although IOM makes it clear that the use of the term “environmental refugees” should be discouraged and currently does not have any legal standing in international refugee law.

Third, even as we discuss the wisdom of using “environmental refugees” and debate whether there will be one million or tens of millions of cases of climate change induced migration and displacement in the future, the drought and other resource scarcity conditions that forced Syrian farmer Ahmed Abdullah and his family to live in plastic tents and to lose any meaningful hope for the future are producing humanitarian disasters impacting 10 million people across a wide stretch of Africa in such countries as Djibouti, Ethiopia, Kenya, Somalia and Uganda.

In a country like Somalia, a complex interplay of high food prices, domestic insecurity and drought has caused more than 2.5 million people in the south of the country (including 1 in 3 children) to currently require emergency humanitarian assistance.

Even as the scientific case for climate change being a “factor” in intensifying the complex humanitarian dilemmas in Syria and in the Horn of Africa remain strong, it would be difficult if not impossible to establish a direct cause-effect and the possibility of having some kind of incontrovertible DNA evidence of a climate change-migration and displacement link seems highly unlikely.

On the ground, the true test of the international community’s willingness to help the world’s poor rests less on generating emergency food supplies and more on helping farmers like Ahmed Abdullah and his counterparts in the Horn of Africa to make sure that they have some hope for food and resource self-sufficiency and resilience.

There is strong evidence, for example, that climate risk management techniques like drought insurance could have worked in Africa even as far back as 2007, before the drought problem had the potential to turn the risks of hunger to full-blown famine in the Horn of Africa.

There is an old saying in the health care field that the big difference between medicine and poison is dosage. That is, that medicine one might take to contain heart disease can just as easily kill the patient if the wrong dosage is used. In a similar fashion, the difference between sustainable and unsustainable climate change adaptation may not only be the types of policy approaches used, but also when the adaptation assistance can be applied in the problem cycle. And that means, diagnosing the problem early and accurately: after all, prevention is better than cure.