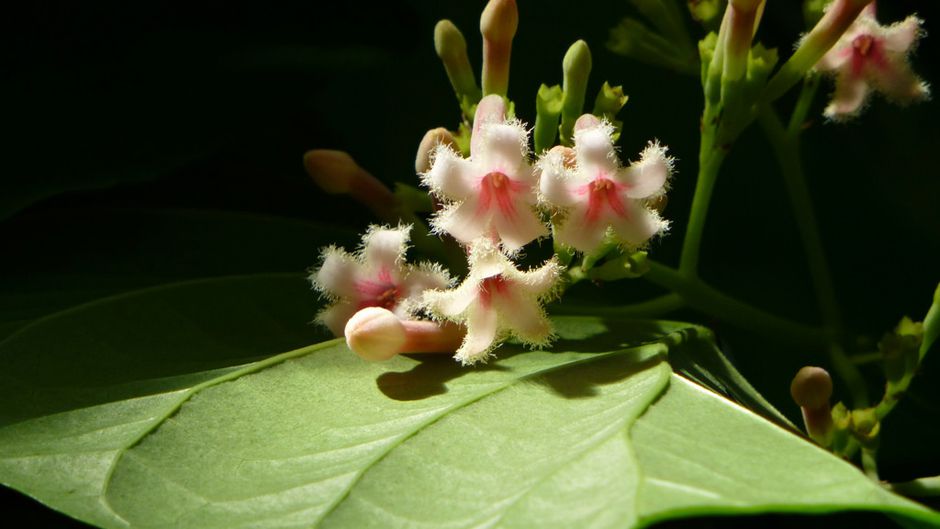 In the 1530s, the French seafaring explorer Jacques Cartier noticed that indigenous slaves did not die from the debilitating disease that was spreading through the ranks of his sailors. Upon inquiry, Cartier learned from Dom Agaya, one of the Huron natives, that the use of decoctions from the ameda tree protected them against scurvy. This knowledge quickly spread among the sailors and it was eventually reported as a European “discovery”.

Attempts to attain written records of indigenous knowledge in ethnobotany (use of plants) and ethnozoology (use of animals) in the Americas started during the colonization period in the 15th century and continues today. But are we still curious enough to learn from these cultures?

Unlike other parts of the world with a rich written history of knowledge, most of Latin America’s knowledge of ethnobiology is based on oral tradition. While traditional knowledge in China, India, and other Asian countries has been preserved in written documents that now serve as references to modern researchers, the historical culture of Latin America is intertwined with the preservation of the culture of indigenous people who have passed on their knowledge of biology, botany, zoology, and ecology orally from generation to generation.

Recent attempts to reclaim the traditional knowledge in Latin America are reflected in governmental policies that protect it and research efforts that try to disseminate it. Most countries in Latin America have fitting policies to recognize and protect traditional knowledge as an element of indigenous cultures. The political pluralism integrated in the constitution is a reality in Nicaragua, Bolivia, Colombia, Ecuador, Mexico, Peru and Venezuela. Other Latin American nations have socially recognized indigenous groups, including Panama, Brazil, Paraguay, and Guatemala. On the contrary, in Chile, Honduras, and Costa Rica there is limited or no recognition of rights unique to indigenous people.

In the research arena, studies encompassing traditional knowledge are multidisciplinary and reflect the economic investment of each country in science and technology. Publications in local journals and languages as wells as books on ethnobotany are numerous; however, access to these resources is limited, according to a recent study by Ulysses P. Albuquerque and colleagues. In the current Internet era of open access, easily accessible publications are becoming far more common. Brazil, Mexico, Peru, and Argentina have the highest number of peer-reviewed publications in ethnobiology among Latin American countries. It is no coincidence that three of these countries have the highest investment in science and technology in Latin America, as ranked by the 2013 Global R&D Funding Forecast.

However, two different strategies have been observed in regards to scientific publications in Latin America: one fomenting international collaborations and another one fomenting autonomy. International collaborations with European or North American institutions may result in increased visibility because there is a perception of greater quality of research. This kind of association has helped institutions in countries with less science and technology resources to achieve faster scientific development. In Latin America, the countries with the greatest number of international collaborations are Honduras (50 percent of published papers), Venezuela (23 percent), and Panama (17 percent).

Investment in higher education in Latin America is increasing, which will strengthen the growing scientific community and prepare future researchers with the necessary training to change the tendency of relying on foreign knowledge. Photo: Vladimir Terán Altamirano. Creative Commons BY-SA 2.0.

On the other hand, autonomy is mostly pursued by institutions in countries with high investment in ethnobiology research and where science-oriented policies are more likely to guarantee freedom of thought, which is vital for scientific growth. In Brazil, Argentina and Colombia more than 80 percent of the studies are performed by researchers affiliated with institutions within these countries. In contrast, these numbers drop to less than 50 percent in Mexico, Peru, and Bolivia where most studies are performed by researchers in foreign institutions, according to Albuquerque et al.

The lack of autonomy may result from lack of local research institutions promoting ethnobiology as a discipline, lack of trained researchers, or lack of scientific societies dedicated to the advancement of ethnobiology research. Currently, investment in higher education in Latin America is increasing, which will strengthen the growing scientific community and prepare future researchers with the necessary training to change the tendency of relying on foreign knowledge.

The recognition of indigenous peoples as authors rather than simple sources of knowledge has become essential in an economy based on renewable natural resources.

The collection, dissemination and application of traditional knowledge in Latin America need to consider the topics of authorship and ownership. Is it possible to establish a mutually beneficial relationship among those who hold the ethnobiological knowledge, those with the scientific tools to evaluate it and those in charge of preserving and utilizing it through legislation? It is a daunting task, but it is not impossible.

Ethno-directed studies are effective in connecting ethnobiological knowledge and adequate scientific experimentations. The Albuquerque study found that the areas of major interest in Latin America are ethnobotany, ethnomedicine (animal and plant use with medicinal purposes), and ethnopharmacology (studies of the effect of biologically active chemical compounds) according to the number of publications and funding. In these areas, multidisciplinary studies that incorporate suitable extraction methods, experiments that reflect physiologically-relevant concentrations based on human exposure, and comprehensive computational tools that integrate experimental results for predictions of recommended dosage are necessary to validate ethnobotanical use of medicinal plants with scientific rigour. The role of researchers in Latin America is to separate scientific evidence from the superstitious, ritualistic, or accidental aspects of traditional medicine that are no less parts of it.

The discovery and development of drugs from medicinal plants has several examples; however, the importance of indigenous contributions has been historically downplayed. Given the relevance that bioeconomy is gaining, Latin America has the potential to become a leader in the development of new economic strategies that incorporate the richness of biodiversities and cultures in the region, as discussed in a recent Latin American Science article.

The recognition of indigenous peoples as authors rather than simple sources of knowledge has become essential in an economy based on renewable natural resources. Ethno-oriented development is necessary due to the connection between traditional knowledge of medicinal plants and culture. The fact that 65 percent of the transmission of knowledge is still oral and occurs mostly between family members attest to the importance of cultural preservation. Similarly, the specialization of knowledge within indigenous communities needs to be encouraged and preserved.

A new bioeconomy in Latin America is possible with the mutually beneficial partnership of traditional healers, scientists and policymakers. It is a commitment to future generations that cannot be postponed.

This article first appeared on Latin American Science and is reproduced here with permission.

Karina R. Vega-Villa is an Ecuadorian-American scientist interested in the combination of conventional and traditional healthcare systems in South America. Karina obtained her B.Sc. in Biology at the University of Idaho and her Ph.D. in Pharmaceutical Sciences from Washington State University. Karina is interested in the application of comprehensive quantitative approaches to the evaluation of traditional medicine in Ecuador.