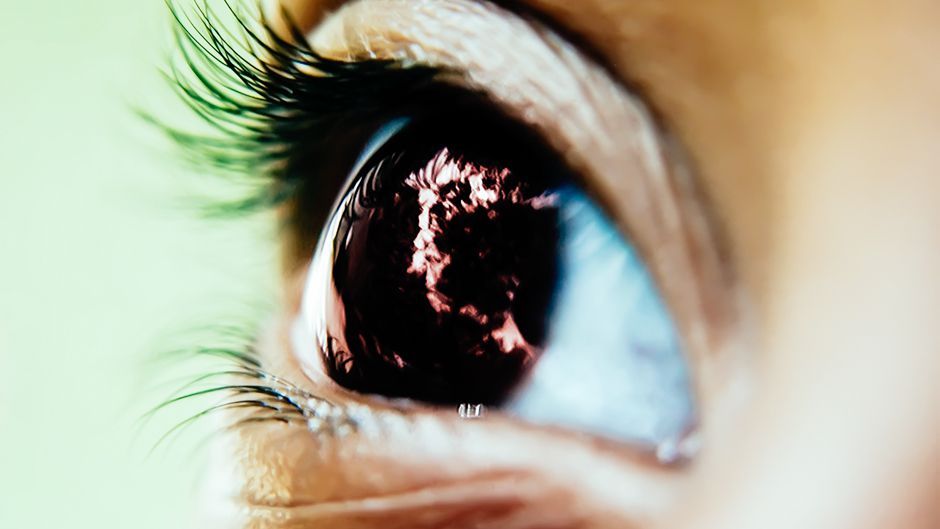 For generations, eye diseases have taken their toll on Pacific Island peoples. Now the first nationwide survey in the Solomon Islands of Trachoma, which can lead to irreversible blindness by early adulthood, is revealing the silent penetration of this disease in widely dispersed Melanesian rural island communities.

“Even though I am a health worker, I didn’t realise that Trachoma was such a problem in the country,” Oliver Sokana, national Trachoma coordinator at the Ministry of Health, told IPS in the capital, Honiara. “People experience the symptoms, but they often don’t know what Trachoma is and so don’t report it at health centres.”

Trachoma is an infectious eye condition caused by a microorganism, chlamydia trachomatis, known to be spread by flies, with children and those living in overcrowded conditions the most vulnerable. Prolonged infection can lead to chronic scarring of the underside of the eyelid and its turning inward, resulting in lashes causing permanent damage to the eye’s cornea. Loss of sight is the most devastating outcome.

Trachoma has been named one of 17 Neglected Tropical Diseases by the World Health Organisation (WHO) for the persistent human and socioeconomic suffering it continues to inflict, particularly in the developing world.

In the Solomon Islands, situated southeast of Papua New Guinea and north east of Australia, approximately 40 percent of the population of 550,000 could have active Trachoma, according to an assessment conducted in the last four years.

The government has now embarked on the first ever comprehensive nationwide survey of the disease, which is expected to be completed by the end of November. Preliminary provincial results from Honiara, Guadalcanal, Central, Isabel, Makira and Malaita indicate an initial prevalence range of up to 24 percent.

“Trachoma is everywhere,” Heather Pana, eye nurse at the Helena Goldie Hospital in the urban settlement of Munda on New Georgia, the largest island in Western province, told IPS. “It is present in all communities on this island.” Survey data has recently been collected here.

According to Pana, the disease is evident at every age, but very noticeable in young children between the ages of five and 14. Other eye conditions she frequently encounters are conjunctivitis, corneal ulcers, and glaucoma, which, if left untreated, can also lead to blindness.

In the small coastal village of Elelo, a journey of half an hour by motorised canoe from Munda, residents say they have suffered from eye complaints for as long as they can remember. Early signs of Trachoma are evident among the 300 students at Elelo School.

Olivy Maspita, a preparatory class teacher, and Francina Vagi, who teaches grade three, claimed that a quarter of students in their classes exhibited symptoms. “Children with Trachoma mostly come from large families with many children where the mother’s time is often occupied with caring for the youngest,” Vagi said.

“It does impact the children,” she said. “They are not able to read as well as other students and have greater difficulties with learning. They are also more hesitant in their interaction and play with other children.”

Trachoma has been named one of 17 Neglected Tropical Diseases by the World Health Organisation (WHO) for the persistent human and socioeconomic suffering it continues to inflict, particularly in the developing world. WHO estimates that Trachoma has caused six million people worldwide to lose their sight, and more than 150 million are in need of treatment. It is globally the greatest cause of preventable blindness.

Of those children diagnosed with active Trachoma in the Solomon Islands, 73 percent lived in communities lacking sanitation, 63 percent had inadequate facial hygiene and only about half had access to a clean water source within a half-hour walk.

In the Pacific Islands, Trachoma is endemic in Fiji, Kiribati, Nauru, Papua New Guinea, Vanuatu and the Solomon Islands. A report this year by the International Agency for the Prevention of Blindness (IAPB) indicates that 15 percent of children aged below nine years have active Trachoma in Fiji, while the figure is 21.3 percent in Kiribati. Pacific health ministers meeting in Samoa in July concluded that the true scale of this disease burden in the region is unknown.

The IAPB reported that of those children diagnosed with active Trachoma in the Solomon Islands, 73 percent lived in communities lacking sanitation, 63 percent had inadequate facial hygiene and only about half had access to a clean water source within a half-hour walk.

“In Elelo community there is no proper sanitation in homes and no reliable clean water supply,” Vagi said.

Sanitation coverage in the Solomon Islands is 32 percent, compared to the regional average of 46 percent. Young people under 15 years, who comprise 41 percent of the population, are the most vulnerable to eye diseases.

For those in education, 46 percent of schools have adequate water and 59 percent sanitation. Elelo Primary School has two outdoor water taps, but no public toilets.

The ministry of health’s five-year action plan from 2014, aimed at reducing the presence of active Trachoma to less than five percent by 2020, is being finalised.

Catherine Wilson was born in Papua New Guinea and is an independent journalist and writer reporting on development, politics, global and socioeconomic issues and culture from Melanesia and the Pacific Islands for Inter Press Service, Thomson Reuters Foundation and newspapers in the Asia Pacific region including The Jakarta Post in Indonesia, Crikey news in Australia and The New Zealand Herald in New Zealand. She has also contributed news and features about the Asia Pacific region to The Brunei Times in Brunei Darussalam, Solomon Star in the Solomon Islands, Asia Sentinel news and Art Asia Pacific in Hong Kong.