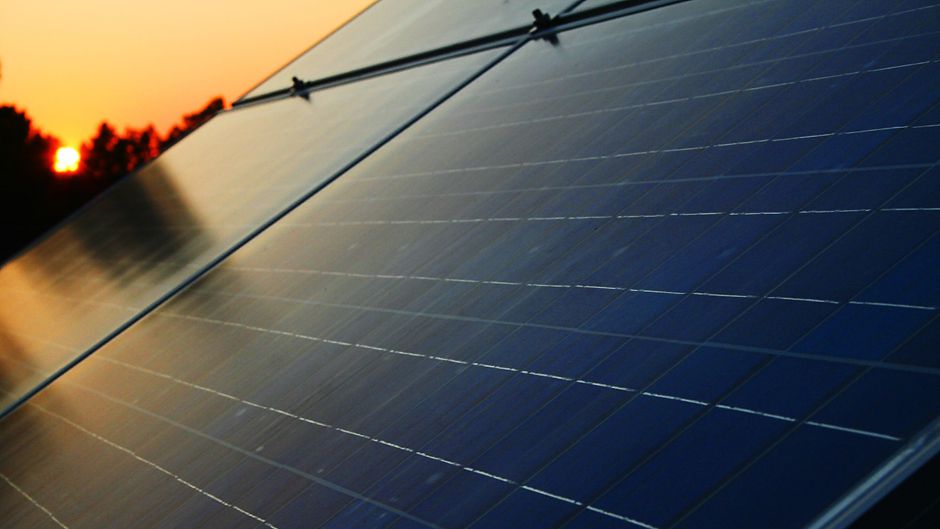 While negotiators in Copenhagen map out our global climate destiny, visitors to the Eco-Products expo at the Tokyo Big Site can get a glimpse of the future of Japan and perhaps the world. That future is solar.

And as governments at COP15 are negotiating, sometimes sneakily, various greenhouse gas reduction targets, it appears that the Japanese have already begun working on how to reduce emissions by 25% compared to 1990 levels.

What is more, they have realised that they can probably make a lot of money doing so. There seems to be no end of new business opportunities — at least that was the impression I got at Eco-Products 2009.

More Than a Green Expo

Eco-Products 2009 runs from 10 through 12 December and is Japan’s biggest green expo, attracting over 60,000 visitors each day.  On the first day, there was an amazing and very positive atmosphere: something we miss in this economic downturn. But more importantly, as a visitor you get the impression that “eco” is going mainstream at last (see slide show by clicking the Gallery icon at the top right of this article).

This is no longer an expo for hard-core environmentalists or for geeky engineers and technologists. The bustling throngs of visitors reflected the diversity of Japanese society: from the very old to the very young school children, from fashionable teenagers to university professors, from businessmen to housewives.

Coincidentally, while I was scouting the expo for this article, my eleven-year-old daughter was also there on her school fieldtrip. She returned home that night with a bag full of goodies – new pencils, recycled notepads, and some cuddly toys.

The Sun Has Got Its Hat on

The other immediate and very clear message from the expo is that the sun has now taken centre stage.  At the Sharp booth, you can see the new solar hybrid mobile phone, which is already on sale. Just leave the phone in the sun, and you gain an extra few minutes of power. I wonder how long before I get this feature on my iPhone?

Meanwhile, over at the Sony booth, there was a Sony Walkman hooked up to a solar battery charger. But the real attention grabber for me was the next generation plug-in hybrid Prius with a Kyocera solar panel on the roof.

While all these innovations are incremental and do not generate massive amounts of power, they do provide a picture of a world where we gradually increase the use solar to reduce our overall consumption of fossil fuels (hopefully).

The future is electric, as we have mentioned before, and the Japanese are rather playfully experimenting with this idea.  I particularly liked the wide range of electric bicycles and the Toyota Winglet — a personal mobility robot!

More Power to You

There was also a very interesting face-off between the electrical appliance companies and the big electric utilities. The latter remain firmly entrenched in centralised electricity generation and distribution model. If you visit the Tokyo Electric Power booth (Tepco), you will notice the benefits of nuclear power generation are being promoted, with only token references made to renewables.

Meanwhile, over at the Panasonic booth a very different future is being envisioned. The keywords at this booth are: reduce, generate, store and connect. So they are encouraging a model where the consumers generate and store their own electricity (using fuel cells) and conserve as much energy as possible with more efficient appliances, then share what remains via a smart grid.

Who will win? Well that does not really matter. They both have an important role to play and if Japan is going to remain prosperous they will have to work together — especially in an energy scarce world.

There is so much at the expo and it is difficult to cover all the exciting business opportunities and innovations. Some of the exhibits that struck me are as follows:

One major focus of the expo is education, especially of the next generation. Thousands of school children filled the halls and could be seen at booths completing specially designed tasks, making things and doing experiments. This is a very clever strategy by the big corporations to catch them when they are young — but with an interesting new angle of focusing on how green the company is (or wants to be).

The expo is generally an opportunity for big Japanese companies to present their environmental credentials. There is, of course, a lot of green wash and some not so friendly environmental activities showcased. But looking across the expo, you begin to see the pieces in the giant jigsaw puzzle of our future low carbon society.

I like the idea of in the future carrying some kind of bio-plastic carbon credit card (i.e. replacing my current cash and credit cards), which gives me an annual statement of my carbon footprint (based on the new labelling system) and helping me to take steps to reduce that footprint. This can’t be that far away.

The Craziest Things I Have Ever Seen

Japan is always full of surprises. This expo was no different. I have to say that I was really astounded by some ideas that I saw on display. The big construction firm Shimizu is promoting energy innovation in the form of lunar solar power generation. Say what?

They are suggesting that we build a 400 kilometre wide belt of solar cells right around the equator of the moon. This belt would then include energy transmission facilities to transfer energy to earth via microwaves or laser power. On earth there would be receiving stations to convert microwaves/laser power into electricity.

While it is an astounding idea that could supply the world’s projected energy needs by 2030, I am not sure we are ready for this quite yet. In a country like Japan, where the people have special moon viewing tea ceremonies, I find it surprising that someone would propose a belt of this scale. We can see it from earth and it is bound to engender a “Don’t harpoon the moon” movement.

But if you think that is crazy, wait until you see the Green Float — environmental island by the same company. It is a 1km wide sky city located in a 1km high tower, perched on a 3km wide floating base that migrates across the ocean and connects up to other cities to make nations. The base includes forests while the tower includes agricultural areas/farms and at the top there are houses, shopping centres and businesses.

The brochure points out that “Living harmoniously with nature like a dandelion is the key to the botanical city.” I have to say, that threw me. I think I would prefer we keep our feet on the ground a bit more and focus on solving some of our more immediate problems.