IPCC Must Keep Its Eye on the Ball 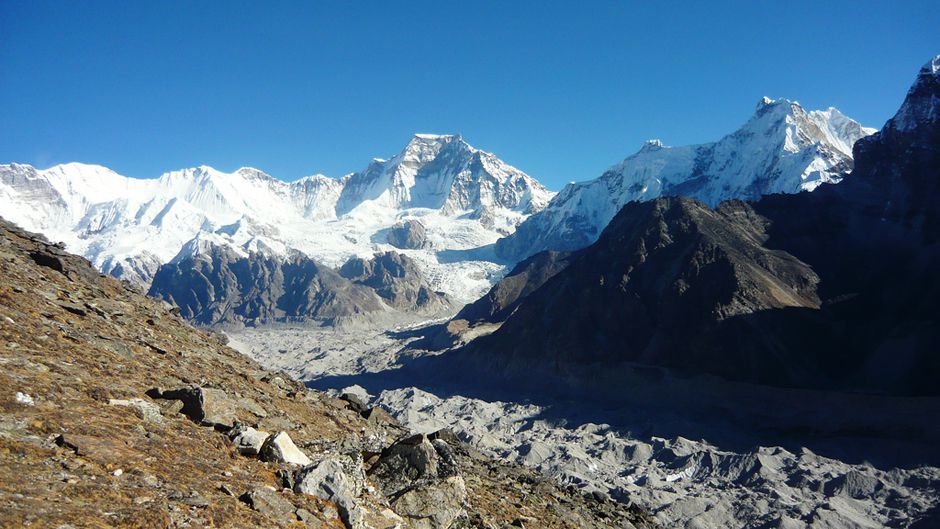 If the Intergovernmental Panel on Climate Change (IPCC) didn’t exist, would we need to invent it? Many people find it helpful to have a single point of reference on the big, global questions that everyone is interested in: can we detect human influence on climate, how large are changes expected to be in future, what are the main impacts likely to be and what can (not should) be done about it? These are questions on which the level of scientific consensus is far higher than most non-scientists believe, so an institution like the IPCC clearly has a role to play to assess and communicate the extent – and limits – of that consensus.

Where the IPCC has gone wrong, in my view, is mission-creep. Everyone is emphasising that “there were bound to be a couple of mistakes in the 3,000 pages” of the IPCC 4th Assessment, but no one is asking why there were 3,000 pages in the first place. The IPCC started out as a simple assessment of the literature when there wasn’t much climate literature to assess. As the volume of the literature has exploded, the IPCC has tried to keep pace, with ever larger reports and teams of authors. Most readers of IPCC reports don’t have 10 times as many questions about climate as they had in 1990, so why do they need reports that are almost 10 times as long? The reason is that the IPCC has allowed itself to be bullied into trying to address all the questions about climate change that someone might ask, rather than confining itself to the questions that everyone is asking.

Governments are exploiting the IPCC to get climate assessments done on the cheap – authors and editors are not paid – and the scientific community is falling for it hook, line and sinker. Using an intergovernmental panel to tell the government of the Netherlands how much of the Netherlands is below sea level, or even the governments of India, China and Nepal how fast Himalayan glaciers are receding, is a bit like asking the US 101st Airborne Division to build primary schools in Afghanistan. It works, but it is not the most efficient way of doing things, and the impact of mistakes is massively magnified.

If an Afghan contractor breaks a child’s foot, that’s a tragedy, but a local one: if the digger is being driven by a US paratrooper, the poor kid becomes a poster child for al-Qaida. If the “2035 for 2350” mistake had been made in a regional assessment commissioned by Himalayan governments, perhaps using methods and standards of assessment endorsed by the IPCC, users of the regional assessment might have been mildly irritated, but that is all. I haven’t heard of any Indian, Nepalese or Chinese hydrologists claiming to have based any decisions on the 2035 figure: they would look pretty silly if they had done, since the number was clearly wrong and contradicted elsewhere.

The only reason the 2035 mistake mattered was that it gave journalists an excuse to talk about “the catalogue of errors in the IPCC 4th Assessment Report“, failing to tell their listeners, readers and viewers that none of these errors had any impact whatsoever on the assessment’s headline conclusions. (I don’t include the Guardian here: I have taken issue with plenty of your climate coverage over the past year, but this one you got right. Sadly, the Guardian’s coverage of “glaciergate” was far from typical).

If we are going to produce regular international assessments of the climate issue, reviewed with the rigour the InterAcademy Council rightly called for this week, then they cannot be 3,000 pages long and address every aspect of climate change that is of interest, however pressing, to some government department somewhere in the world. Instead, we need reports a few hundred pages long covering the issue as a whole and addressing only the key questions that everyone is interested in. This is hardly a revolutionary idea: it is simply going back to what was done in 1990.

Methods and standards, not assessments

A key part of the IPCC’s remit should be to recommend methods and standards for regional assessments. We clearly need different countries to interpret the phrase “impact of climate change” in similar ways. But undertaking these regional assessments should be up to regional governments. If the government of India wants help from the scientific community in assessing the impact of climate change on India, then we should provide it, but the IPCC has no business to do the assessment for them. The IPCC could still conduct regional assessments as special reports commissioned by interested governments, provided these are clearly separate from the regular global assessment, so no one can claim that a single mistake contaminates the whole batch.

Clearly, none of this is relevant to the 5th Assessment due to be published in 2013-2014: too much work has been done to make major changes at this stage, with author teams already in place. It will be thousands of pages long and will contain a couple (“catalogue”) of errors that will be gleefully pointed out sometime in 2015. But now is the time to start thinking about what happens afterwards. We don’t need to keep doing this to ourselves.

This article was originally published on guardian.co.uk at 16:22 BST on Thursday 2 September 2010.

Myles Allen is head of the Climate Dynamics group at University of Oxford’s Atmospheric, Oceanic and Planetary Physics department. He is the principal investigator of Climateprediction.net