ISIL and the Confused Energy Picture 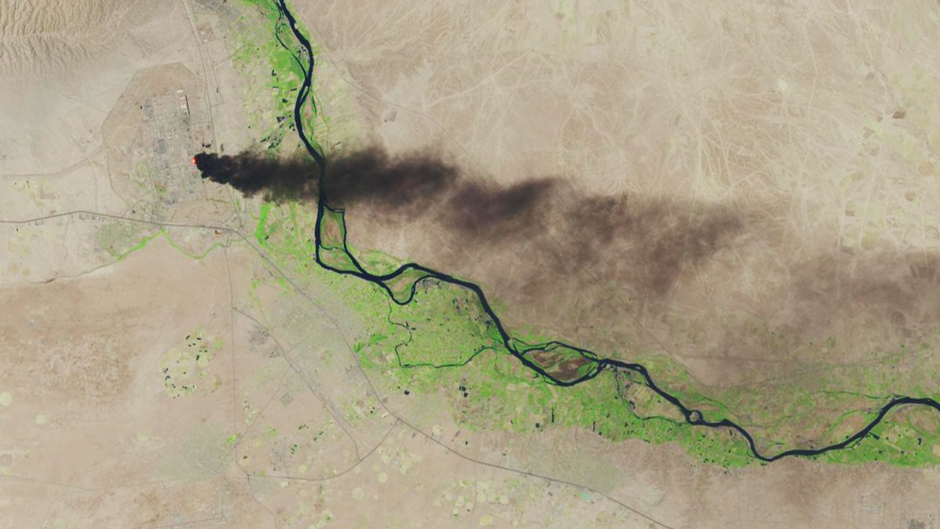 For everyone following today’s energy developments the overall picture is confusing, to say the least. This is particularly apparent with regard to oil supplies from mid-June onwards when the Islamic State of Iraq and Levant (ISIL — also referred to as ISIS — Islamic State in Iraq and Syria) conflict flared up, with the insurgents making rapid advances across northern Iraq.

It could be expected that the immediate knock-on effect of this conflict would be a surge in oil prices, much like the world experienced back in 2008 when there were similar tensions in the Middle East. Indeed, some commentators suggested that this would happen, claiming that ISIL was bent on controlling Iraqi crude oil and as a result there would be a global oil shock as prices skyrocketed.

However, over at Chatham House and the Brookings Institution calmer heads were more cautious. The eminent energy specialist, Professor Paul Stevens, wrote on 17 June that the insurgency in Iraq, while causing nervousness in the oil market, should not be a cause of problems “in the near term”. While he stated that “in the longer term the consequences for oil markets could be more interesting” and outlined a number of challenges, he seemed confident that the conflict’s limited impact on supply will only worsen if particular circumstances come to pass — specifically if the Iraqi government loses complete control and/or oil operations in the south of the country are somehow affected.

A few days later, on 23 June, Kenneth Pollack at Brookings projected that after some initial successes for ISIL, we will witness a stalemate along the current battle lines as Iraqi government forces and the Kurdish Pershmerga hold their ground. He concluded his analysis with the prediction that “it is unlikely that the revived civil war will cause a near-term collapse in Iraqi oil production”. Again we see the careful use of the expression ‘near-term’.

No one seems to want to dwell in the ‘long term’ and this is because, as both Stevens and Pollack agree, the political positions and responses of the neighbouring countries — specifically Saudi Arabia and Iran — are both complex and highly influential.

ISIL and the black market for oil

Within a month, Dr. Valerie Marcel at Chatham House was raising further concerns about ISIL gaining control and selling oil to a “mafia of middlemen” and, after refining the oil at makeshift refineries, selling it to local consumers.

By her estimates, ISIL could raise around US$1 million to $US1.4 million per day by smuggling crude from the two fields controlled at the time. The result would be that the insurgency is here to stay for the long term and growing stronger.

Subsequently, Luay al-Khatteeb, visiting fellow at the Brookings Doha Center, gave an interview on CNN where he suggested that through the control of additional oil fields ISIL could attract around US$2 million per day in funding — or close to US$730 million per year. He later wrote that ISIL now possesses “a loosely integrated and thriving black economy consisting of approximately 60 percent of Syria’s oil assets and seven oil producing assets in Iraq”.

Al-Khatteeb was also concerned about the potential loss of Iraq’s oil-rich city Kirkuk and the fact that continued instability in Iraq will hinder investment and make it impossible to reach the 2020 national target of producing 9 million barrels per day or 10 percent of global demand.

Why isn’t the world more worried?

It is interesting that, instead of a price surge, we have seen oil prices fall. The BBC on 13 August was keen to report that oil prices had fallen to a nine-month low “despite fears that conflicts in Ukraine and Iraq would inflate prices”.

The article quoted the IEA as saying that “oil prices are eerily calm in the face of mounting geopolitical risks”. One reason for this calm is that currently the oil markets are well supplied from the US and Saudi Arabia. Analyst Tom Whipple offers further insights by explaining that the current global situation is one of “weaker demand for oil and adequate supplies”.

But he is not so confident that this situation will continue in the long term. He states:

“One answer to why oil prices have stagnated in the face of so much political unrest is that many large oil traders, particularly the investment banks, have pulled out of the market in recent years, markedly reducing the speculative dollars chasing oil prices. While this has kept prices relatively stable in the last two years, pressures will build as less investment by major oil companies is taking place and production slows in Middle Eastern countries. This will eventually lead to shortages, which will someday result in a spike in oil prices, as was seen in 2008.”

So, in a way we need to thank our lucky stars for the current US tight oil boom (also known as shale oil). But, at the same time, we need to ask: “How long is it going to last?” One person who thinks he knows the answer is oil supply researcher Matt Mushalik, who points to a graph in the 2014 IEA Medium-Term Oil Market Report indicating that US crude production will start to peak in 2016. That is not as long-term as we would have hoped and is a serious cause for concern since this extra oil supply is the cushion the world needs to get through the current troubling times.

Unfortunately, as Professor Stevens from Chatham House points out, the US’s ability to exploit the tight oil supplies depends upon high oil prices, which in turn requires cooperation from Saudi Arabia and others.

Stevens suggests that, if they wanted to, the Saudis could bring oil prices right down — damaging the US, Iraq and Iran with one blow. It is a powerful weapon to have in their arsenal. Surely, they would not use it and there are suggestions that they do not even have the capacity to do so. But the truth is that when it comes to exploiting tight oil resources the world needs high oil prices — just not too high. Talk about walking a dangerous tightrope!

The BBC has warned that if by any chance oil production in the south of Iraq is impacted by the insurgency, then oil prices could rise sharply to US$130 or higher. Basically, the BBC claims “it will not be possible for the world to replace Iraqi production, simply because the world doesn’t have much spare capacity available”.

The dominant message to take away is that continued instability in the Middle East is not something that the world can cope with. While in the near term, as the commentators suggest, the situation is not drastic, it is also not wise to sit back and wait and see. This could explain why retired General John R. Allen recently called for the US and its allies to “destroy the Islamic State now”.

But such a response is very much the “Whac-A-Mole” type of policy that has been evident in the US’s engagement in the Middle East and that is likely to bring the same results (insurgency temporarily disappears only to pop up again somewhere else). Unfortunately, as President Obama recently revealed, the US’s alternative strategy is still a work in progress.

Conflict in the Middle East is one of the primary causes of global energy insecurity. Yet, the level of change required to decrease energy insecurity is so fundamental that it is not palatable to the leaders in the industrialized nations.

Instead of the concerted response to this challenge that we would hope for, we see, according to the IEA, that the US is continuing its fossil fuel addiction in the “shale oil and gas revolution”, while Europe is pursuing a “renewable energy revolution”.

While the US and the Europeans are running off in opposite directions, Asia seems completely lost. John Mitchell of Chatham House argues that Asia is more at risk from oil supply disruption from the Middle East than either the US or Europe, but is less prepared for such an upheaval.

On top of this, the clearest wake-up call for all energy policymakers around the world was recently highlighted by IEA chief economist Fatih Birol when he explained that since 2000 the capital costs of producing energy have doubled. So, there you have it. The simple fact is that the new energy reality we must face from now on is one of spiraling energy investment costs that in turn mean ever-higher energy prices. That is a tough scenario to sell to the voters.

Sadly, we do not even have a forum for coordinated global action in the face of these challenges, although some commentators point to the G20 (Group of Twenty) as one possible vehicle for more effective global energy governance. Within the UN system, there is no agency charged with this responsibility.

Unfortunately, bearing in mind how long international negotiations can take, it does not appear that time is really on our side. The UK’s Royal Society 2013 report on The Future of Oil Supply reconfirmed conclusions from an earlier study that predicted a sustained decline in global conventional production before 2030, with a significant risk of this beginning before 2020. That means sometime before now and 2020. If we are really lucky, we may get an extra decade.

For those of you who are convinced that the US energy revolution will save us, the report’s authors argue that current evidence suggests “the inclusion of tight oil resources appears unlikely to significantly affect this conclusion, partly because the resource base appears relatively modest”.

So the tight oil resources are bringing near-term benefits but in the longer term, unless something else changes, we are collectively in very big trouble.

The writing is on the wall for those who are willing to read it. The ISIL conflict is simply yet another warning sign that we better start moving away from our oil dependence as fast as politically possible before the situation potentially escalates beyond our control and beyond our ability to respond effectively. Do we really want to continue pouring almost four billion petrodollars every day into regimes in the Middle East? There are many environmental, economic and political reasons that suggest we find an alternative development path and other ways to invest our funds, renewables being one key area.

This is a fundamental problem that requires a comprehensive, coordinated and international response.

ISIL and the Confused Energy Picture by Brendan Barrett and Sven Åke Bjørke is licensed under a Creative Commons Attribution-NonCommercial-ShareAlike 4.0 International License.

Sven Åke Bjørke is a senior consultant and lecturer in the Centre for Development Studies at the University of Agder. Prior to this, he worked at UNEP GRID Arendal in Norway.