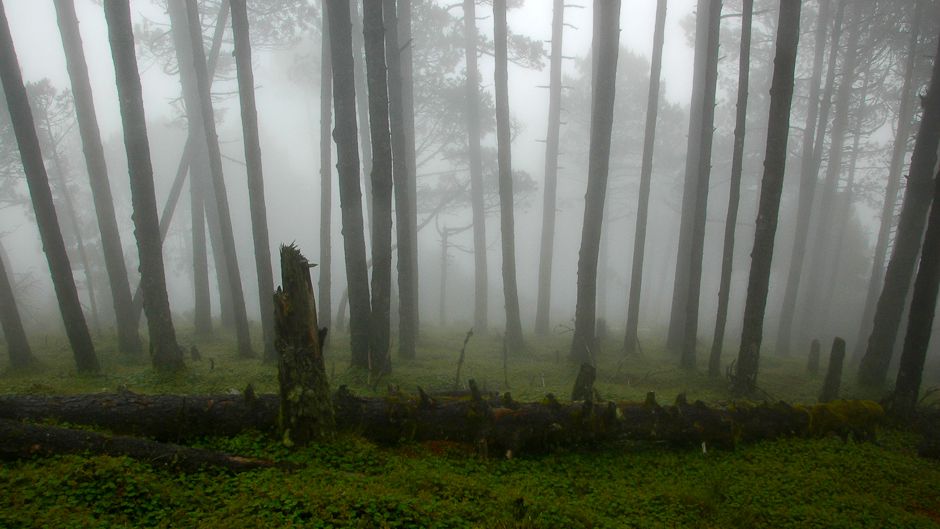 As soon as we left the plane in Guatemala, the terrain stretched out like the open arms of a good friend. The country, which means “land of trees,” appeared as a canopy of forest until the foliage gave way to flat farmland.

Along winding mountain roads, farmers paused as we passed, raising their hands in a waving gesture that welcomes speakers of all languages.

And so began last summer’s adventure for five Stetson University students, myself included, as we left behind our small town in America to see a different part of the world and serve its people. We were on our way to work for a month with the Alliance for International Reforestation (AIR) — a grassroots Guatemalan nonprofit — accompanied by its founder, political science professor Dr. Anne Hallum from Stetson University.

We came because, despite the lush green landscapes, the sloping cornrows meant Guatemalan farmers could not meet their food needs without harming the environment. Most still practice slash-and-burn agriculture, which is the cutting and burning of forest to create space and rich deposits of ash that act as a fertilizer.

In place of the forest, they plant rows of corn and other manicured crops that look wonderfully photogenic from a distance, but over the years have made the lives of everyday Guatemalans even tougher. That’s because this technique works well on a plain, but takes on a whole new meaning on mountain slopes. On inclines, slash-and-burn methods demolish the soil within a few years and create vicious mudslides.

AIR teaches communities an alternative: how to run their own “agro-systems” where several select crops and trees grow together in a natural polyculture that holds and enriches the soil. The method also cleans the water, eliminates the need for chemicals and allows agriculture to be something that is nearly impossible in mountain terrain — sustainable.

We arrived in June during Guatemala’s rainy season, months after community-operated tree nurseries started by AIR had planted and raised thousands of seedlings of pine, peach, and other kinds of trees. Our average day was spent hopping into pickup trucks, heading to the tree nursery, then riding with the villagers to farmlands, deforested hillsides, or post-landslide slopes. Under the direction of AIR staff and village farmers, we planted as many trees as we could before the monsoon-like rains arrived.

It’s important to say here that, as an American city kid steeped in the liberal arts, I had little functional skills to offer apart from my working hands and passion for what we were doing. This willingness and drive was a common factor in our crew of students, which included a biologist, an environmental scientist, an opera singer, and a fellow Religious Studies major studying to become a rabbi. Although we learnt quickly, we were not able to plant as fast as AIR’s staff, the farmers, or the farmers’ young sons who worked with us. 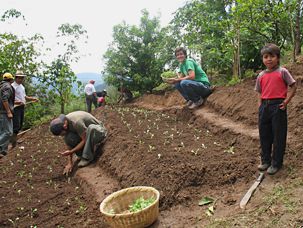 What we could do, though, was provide extra hands during the rainy season when farmers needed as many workers as possible to plant trees. We became assistants of sorts to the AIR staff. They took us into indigenous villages where people hardly even spoke Spanish and enabled us to plant windbreak trees around a farmer’s entire crop; all of this in solidarity with the Kaqchikel or K’iche Mayan farmers and their families.

Apart from tree-planting, we also built four fuel-efficient stoves for community leaders, planted vegetables, and worked alongside students and teachers to build improvements to schools that partner with AIR — most notably an outdoor classroom on the side of a volcano in the middle of an “ecological garden” of flowers, trees and coffee plants.

My experience with AIR has shown me that the world’s reforestation issues can’t be top-down, enforced change, but rather must be the product of individuals, their families, and their communities. While much of AIR’s support comes from gracious donors, the actual work is done by a dedicated group of Guatemalans who partner with farmers, whole villages and schools in education and planting.

It’s a community-based effort, which remains effective because it tempers the goal — reforestation and community development — with respect for Guatemalan cultural heritage and area-specific needs.

For example, some organizations have tried issuing solar ovens to residents to reduce smoke from firewood, but the people will not use them. That’s because wood fire is an ancient, indigenous tradition in Guatemala linked to their culture and beliefs.

Unfortunately, the wood burning ovens present a health issue for the families — primarily women and children — who breathe smoke from the open fires all day. To address this issue, AIR staff members install brick ovens with ventilating chimneys that consume less firewood and vent harmful smoke, while retaining sacred cooking methods. Additionally, the efficiency of an AIR stove reduces families’ yearly firewood consumption by half.

Bottom-up is hard but effective work

Like most things in life, reforestation and community development have no “easy” answers. They require collaboration, communication, patience and hard work. 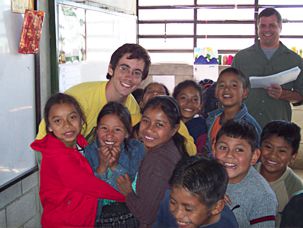 Since its inception more than fifteen years ago, AIR has planted more than three million trees in Guatemala and Nicaragua; and more than that: they have educated more than 1,600 families in sustainable, organic farming methods.

In addition, more than 700 fuel-efficient ovens have been built, and the UN Permanent Forum on Indigenous Issues recently granted AIR US $8,200 to build additional brick stoves in Guatemala.

If every Guatemalan family was able to half their tree consumption with a fuel-efficient stove, what would be the implications for climate change? If farmers’ families could spend less time moving after their land becomes fallow, what sort of businesses could spring up in that free time? If Guatemalans could farm without chemicals, what would be the health, economic, and clean water implications?

I don’t believe that these ideas are too broad to work through, if we have patience and keep our eyes on the bigger picture. The success of AIR, after all, is only partially measured by how many trees its small organization can plant. The real success comes in how these families, villages, and schools continue the reforestation and educational efforts that AIR brings, even after a site is declared “self-sustaining” and the AIR staff move on to the next village that has asked for help.

For my part, I returned to the United States inspired by the most gracious, hardworking, and spiritual people I have ever known. It makes me wonder how many big problems in the world can be solved, bottom-up, through education, good relationships, and the patience to see things through.

Roots that Bind by Adam Darragh is licensed under a Creative Commons Attribution-NonCommercial-ShareAlike 3.0 Unported License.

Adam Darragh is a recent graduate of Stetson University who majored in Religious Studies. He currently resides in Washington DC.