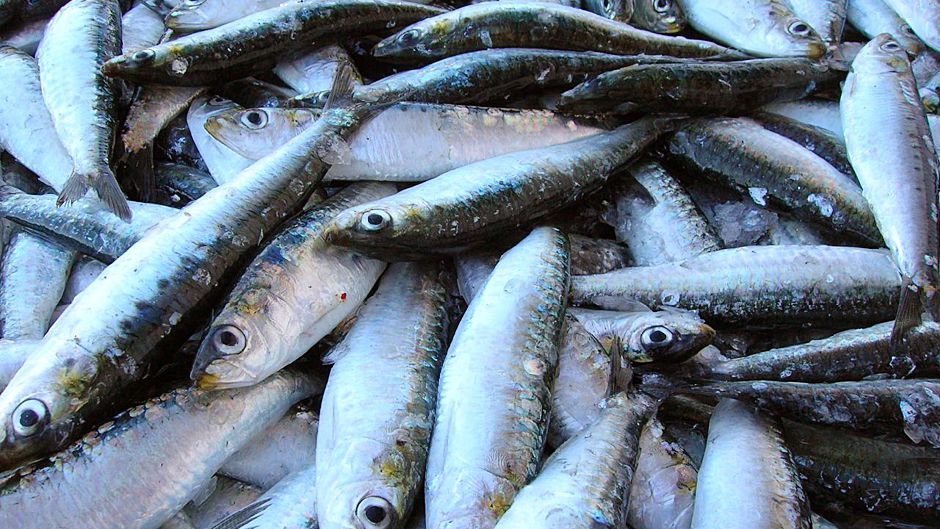 As we pointed out on World Oceans Day one year ago, there are no longer plenty of fish in the sea. We have already emptied the oceans of ninety percent of the big fish, and if global fishing trends continue, we will eat all the remaining wild fish by 2050.

Compounding this tragedy is the fact that the world’s oceans and the multitude of creatures that inhabit it are also under attack from human-induced climate change and acidification, not to mention toxic spills.

So, does this depressing reality mean that we should stop eating some species of fish and other seafood, and if so, how do we know which ones we can eat sustainably? Or, even worse, do we have to give up the pleasures and benefits of ocean creatures altogether?

As if by clockwork, human beings often start working together to solve monumental problems once they have become too big to ignore. As the problem of depletion of the world’s oceans grows larger, so the number of sustainable seafood initiatives has increased sharply in recent years.

The most prominent global organisation is the Marine Stewardship Council (MSC) which works to certify fisheries around the world as sustainable.  Seafood fans can now find MSC-certified products with their recognisable blue label on supermarket shelves in more than 65 countries and growing. The number of MSC certified products has increased significantly from 608 in 2007 to 2366 in 2009.

While MSC does identify some restaurants that use certified products, the ‘Fish to Fork’ website, launched in 2009, is the first initiative to allow users in the United States and the United Kingdom to rate restaurants on the quality and sustainability of the fish they serve.

And certainly some chefs are concerned about how to protect the oceans, as well as their reputations. Many are realizing that there is a premium to be gained from sourcing top quality sustainable fish to increasingly eco-conscious customers. Others, like Chefs Collaborative, are leading the way in assisting their colleagues to source sustainable seafood through handy online guides.

But what fish can I eat?

‘Consumers’, or ‘eaters’ to be more precise, are already saturated with so much labelling — not just for fish, but for coffee, tea, fruit and eggs to name a few — that thinking about sustainability can be overwhelming.

The good news is that basic information is already freely and quickly accessible. While safe choices often depend upon how and in which part of the globe the fish is caught, some general rules apply worldwide. Bluefin tuna should be avoided at all times, especially since a proposal to ban the trade was rejected at the Convention on International Trade in Endangered Species meeting in March.  Certain sharks, Chilean seabass and swordfish also have a “very high risk of being sourced from unsustainable fisheries or unsustainable aquaculture operations”, according to the International Union for the Conservation of Nature. 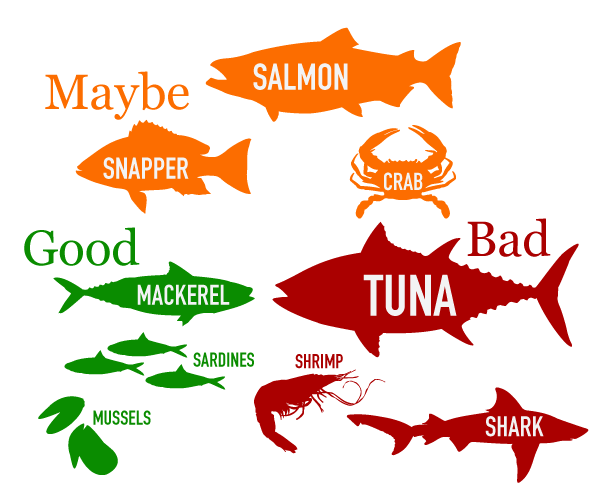 For other well known favourites like salmon, crab and cod, you may need to do some more research to find out whether it is farmed or wild, or from the Pacific or the Atlantic for example. But you will not need a degree in marine biology to make choices that are better for your health and the earth’s. Simply start off by searching for “sustainable seafood guide” online in your language or for your country, and you’ll probably find that the hard research has already been done for you by environmental NGOs.

If you live in Brazil, for example, you can find the Guía de bolsillo para un consumo responsable de pescado (Guide for the sustainable consumption of fish) in a second.

Organisations like the Monterey Bay Aquarium in the US now provide handy pocket-sized guides that you can take to the supermarket or restaurant. These cater to your specific geographic location or even consumption patterns.

More established organisations are not the only ones with a passion for responsible seafood. Individuals too, like Casson Trenor, have set up their own websites like Sustainable Sushi that draw upon the latest scientific data on fish stocks to help you make guilt-free choices.

While the growth in sustainable seafood sources is undoubtedly a positive thing, advice provided by different groups may often be contradictory. Notably, neither MSC nor Greenpeace support the World Wildlife Fund’s (WWF) decision to establish an Aquaculture Stewardship Council by 2011. Activists and scholars alike are concerned with inefficient ‘feed conversion ratios’ in aquaculture. According to at least one study, 3.9 pounds of fishmeal, made from species lower on the foodchain, are used to produce only 1 pound of farmed salmon.

Hopefully these organisations can work together in a more constructive way to ensure that people’s motivations to buy sustainable seafood are not undermined by contradictory information and confusing labels, as this survey indicates.

In the meantime, it seems better to err on the side of caution. Plenty of wise options are available, especially in wild species likely to be from well-managed fisheries such as sardines, mackerel and halibut, as well as safer farmed options like oysters and mussels. Again, your local pocket guide will be the best source of local information.

Tomorrow, 8 June, is World Oceans Day. This day, now an annual event supported by the United Nations, celebrates our personal connection to the oceans.

Hopefully, this connection is growing as more and more people become aware of the importance of sustainable seafood and are willing to pay a premium to preserve the oceans for future generations.

The best way we can celebrate World Ocean’s Day 2010 is to find out about the best seafood choices in our part of the world, act upon these and most importantly, share this knowledge with our family and friends.

Scaling Up Sustainable Seafood by Mark Notaras is licensed under a Creative Commons Attribution-NonCommercial-ShareAlike 3.0 Unported License.