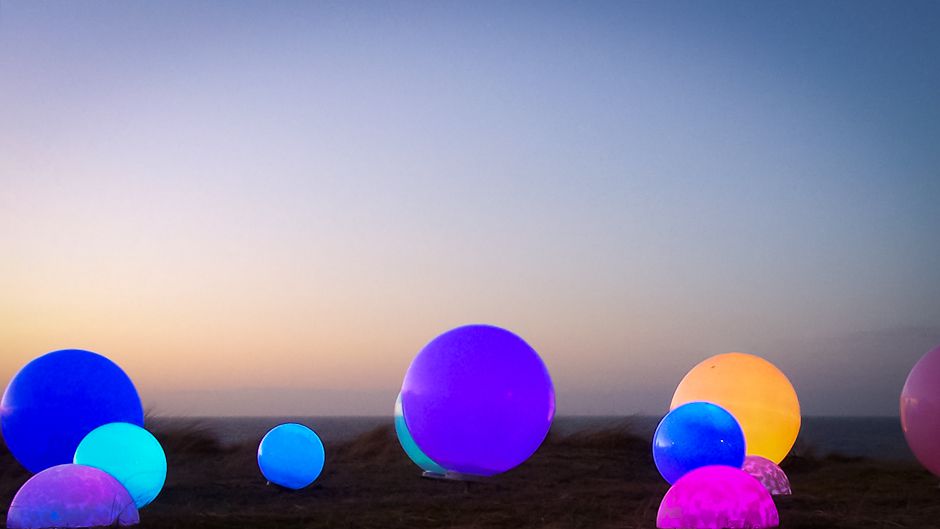 I just took a geography class. Geography is nowadays technically described as a “physical science”. My geography class had a laboratory component. A lab? I haven’t boiled anything in a beaker, over a Bunsen burner, since I was in high school.

But if I want to help save the planet for my 7-year-old daughter, I had better understand how climate change is actually, scientifically, happening. No more standing on my living room soap-box trying to get the neighbours to stop drinking water in plastic bottles (that come all the way from Fiji at a great carbon emissions expense) without some science to back up my passionate pleas. 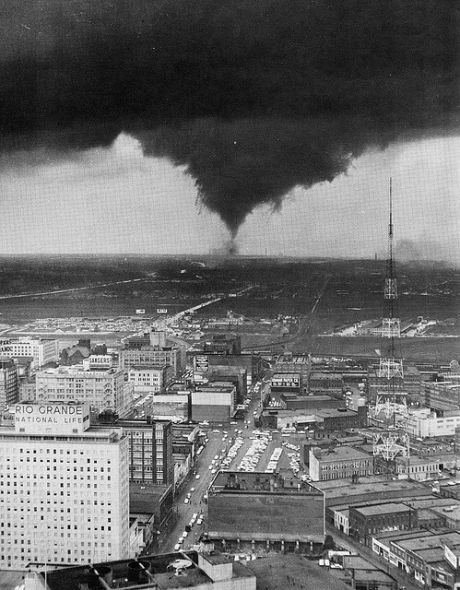 Dallas Times Herald Photo. Oak Cliff getting walloped by a tornado in 1957. Via: Justin Cozart.

As luck would have it, the very first lab experiment we new geographers did was to demonstrate the latent heat of water. This is not too daunting, I thought, as I filled up a beaker with ice. What I learned is that water absorbs heat as it changes form from ice to liquid to water vapour. This latent (hidden) heat is then released when water vapour cools and the process reverses — this is the energy that drives storms, hurricanes and tornadoes.

Likewise, increased greenhouse gases heat up the atmosphere, which in turn heats up the oceans. When hotter moister air (because warm air holds more water vapour) comes off the Gulf of Mexico going northward towards the United States mainland and meets the cold southbound air blowing off the Rocky Mountains, the latent heat of water goes to work overtime — water vapour turns to ice and ice turns to water vapour, repeatedly — making these storms high-energy killers.

So yes, perhaps climate change has had a role in the 1,500 tornadoes that have hit the United States this year. Back in the early 1950s, approximately 200 tornadoes struck each year, but now we average 1,200 a year and about 55 people get killed. This year the death toll is estimated to be 500 — the May twister that hit Joplin, Missouri single-handedly killed 125 people, with winds in excess of 322 km per hour (200 mph).

Surface sea temperatures in the Gulf of Mexico are between 1.0 to 1.5°C (1.8–2.7°F) warmer than usual, according to Jake Crouch, a climatologist with the National Climate Data Center in Ashville, North Carolina. He describes the warm moist air caused by these temperature increases as “perfect fuel”.

Now, I fully realize the latent heat of water is only one of the proponents fuelling the meteorological complexity of climate change. Any fully qualified scientists reading my rudimentary attempt at an explanation will no doubt note my uni-dimensional synopsis. But I wanted to keep it simple because apparently the majority of the population is, like me, rather scientifically illiterate. When polled earlier this year, a third of Russian citizens still think the sun goes around the earth.  And the Russians aren’t the only ones: there are apparently equal numbers of Brits and Americans who think the same way!

Many argue that what we’re suffering from is an ‘evolutionary mismatch’ in that our hunter-gatherer brains haven’t caught up with modern real-time problems such as climate change. What we are currently wired to respond to are immediate and easily perceived threats, like stampeding buffalo. According to acclaimed Stanford biologist Paul Erhlich — in his paper Human Natures, Nature Conservation and Environmental Ethics — our nervous systems have perceptual constraints making it difficult for us to comprehend the very real threat of a planet that is slowly heating up.

So, in effect, it’s the creeping nature of climate change, that allows many of us to wallow in a false sense of scientifically-ignorant-bliss.

Thus, it’s in our natures. Further, in our current state of cultural evolution, scientific ignorance is socially acceptable. That’s the word from sociologist Dr. Sheldon Ungar who believes Aristotle’s assertion that people have an innate desire to be knowledgeable about the world around them is simply not true. Ungar maintains that what people are primarily interested in is acquiring knowledge that is socially useful.

Which is why the reality show Survivor — though it may not help any of us actually survive catastrophic climate change even if we happen to be on a gorgeous tropical island — has more conversational cachet than the kind of preaching I do about not drinking bottled water from such an island thousands of miles across the Pacific.

And I have really got my work cut out for me if it’s not just human nature and the nature of the problem itself, but also these cultural issues that are exacerbating our scientific ignorance. Not only am I up against a pop culture of hyper realities that is all-engrossing to the collective consciousness and a great distraction from a degrading natural environment, but there are three other possible explanations for the cultural implications in our scientific ignorance.

Firstly, as our access to knowledge grows exponentially, many of us are forced to further and further specialize in our fields of expertise, leaving us with gaping knowledge deficits in other areas. This creates what is known as the knowledge-ignorance paradox. So, a computer programmer, for example, must constantly stay abreast of new programming technology. Because those innovations happen so rapidly, she or he has no time to pursue other intellectual interests, maybe not even a leisurely read of the Sunday newspaper.

Dr. Sheldon Ungar believes Aristotle’s assertion that people have an innate desire to be knowledgeable about the world around them is simply not true and that what people are primarily interested in is acquiring knowledge that is socially useful.

Secondly, being scientifically uniformed is unavoidable for much of the world’s population because there simply isn’t quality, publicly funded education. Limited educational resources lead to not only a less informed public, but also sometimes sketchily informed politicians and journalists.

Most recently we’ve seen how candidates for the Republican presidential nomination are trying to out-do each other in not-believing the scientific consensus on climate change. Unfortunately, they are the ones deciding on crucial environmental policy, and those relaying information to the public.

Finally, we are most drawn to scientific “facts” that support our already-established belief systems and politics, according to anthropologists like Myanna Lahsen. Which means that we are skeptical when receiving news that conflicts with our previously held ideas about climate change. We opt instead for the facts that fit our world-view, regardless of the science behind them. Ironically, the better educated a person is, the more easily they can find the science that aligns with their values.

In their uncompromising 2009 book, Unscientific America, Chris Mooney and Sheril Kirshenbaum lament a huge religious-based denial of science. They say 46 percent of the US public reject evolution and believe the world is less than 10,000 years old. Science must feel as though it’s fighting an uphill battle in the US, because these authors found that for every five hours of American cable news, less than a minute is allocated to science.

What people don’t seem to realize is that if there was ever a time to make science your friend, now would surely be it.

But can we trust scientists?

Unfortunately we tend to distrust or are intimidated by people in white lab coats. Not surprising, when one thinks of some incredible scientific discovery, it may very well have been used in a politically destructive way, or has put economic gain before assured public safety. Examples include the ground-breaking splitting of the atom that became the horror of Nagasaki and Hiroshima, and the genetic modification of organisms referred to as “Frankenfood”, which while rejected for the most part by Europeans, are sold unlabelled in American supermarkets.

And added to this is the distrust among scientists themselves — old-school scientists believe their job is simply to get on with the business of science, and that any hint of policy or social advocacy would undermine their credibility.

This may be changing, as some alarmed climate scientists know if ever there was a time for scientific advocacy, it’s now. Thirty years ago, NASA scientist James Hansen was testifying before the US Congress about the link between burning fossil fuels and increased greenhouse gases. Recently, in Washington protesting the controversial Keystone XL pipeline, he quoted Einstein: “to think and not act is a crime”. 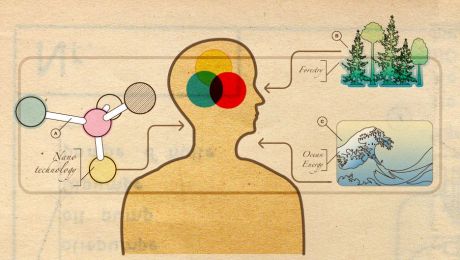 In fact, many environmental scientists are deciding against careers in academia, teaming up instead with behavioural scientists — the sociologists and psychologists. Paul Erhlich suggests that this is exactly what’s needed, because not only are we perceptually limited in our ability to comprehend climate change, we are also constrained by genetics. In other words, we don’t yet have the right genes (or the time) to evolve and adapt ourselves out of this problem. Instead we have to culturally evolve, and that’s where the behavioural scientists come in. Together with climate and other physical scientists they can work out how to get the message through to a preoccupied, over-loaded, unconvinced public.

Evidence from the behavioural sciences also backs up a more grass roots approach. Because we — still of the hunter-gatherer brain — apparently get most of our information from talking to other people, than from any other source. While I’m not suggesting everyone needs to take a science class, I would certainly put climate change in the need-to-know survival category. We should utilize our hunter-gatherer tribal interconnectedness — one person talking to another person. This way we can spread the fundamentally important scientific information: that we, the people, while being the ones causing global climate change, are also the major stakeholders in the outcome.

By the way, my neighbours did stop drinking bottled water all the way from Fiji. They switched to local bottled water, because it’s cheaper. So, I know what these scientists are up against. Maybe next time I’ll try wearing a white lab coat.

Science Wants to Save Us from Ourselves by Belinda Waymouth is licensed under a Creative Commons Attribution-NonCommercial-ShareAlike 3.0 Unported License.