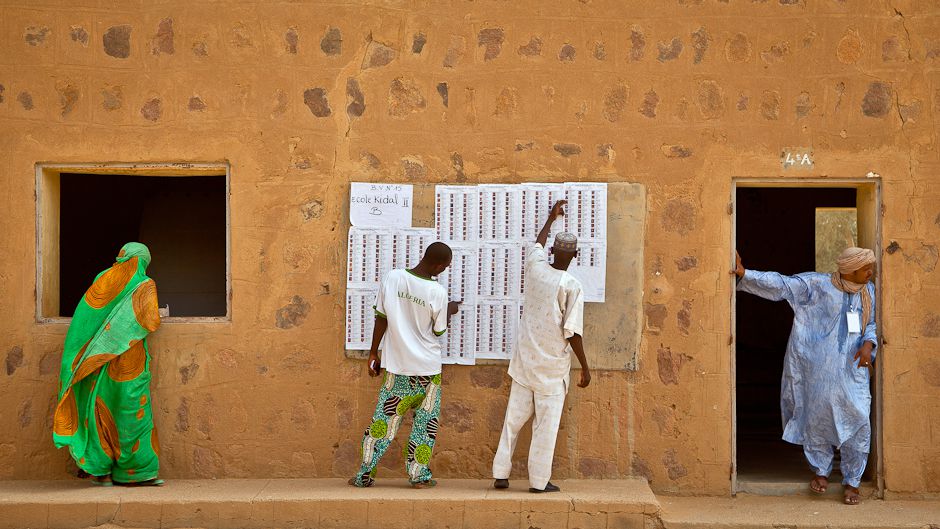 “Democracy is based on the freely expressed will of the people to determine their own political, economic, social and cultural systems and their full participation in all aspects of their lives.”

The United Nations General Assembly back in 2007 encouraged governments to strengthen national programmes devoted to the promotion and consolidation of democracy, and decided that 15 September should be observed as an annual International Day of Democracy.

This year’s theme — Strengthening Voices for Democracy — aims to convey that the very heart of democracy is the ability of people to raise their voices, both expressed directly and through their elected representatives, and decide how they are governed. This applies, the UN says, to today’s political, economic, social, developmental, environmental and technological debates.

Just in time for the celebration, a United Nations independent expert urged governments worldwide to provide adequate protection to members of civil society, including whistleblowers, and to ensure transparency in their decision-making processes.

“A democratic and equitable international order cannot be achieved as long as civil society actors continue to be subjected to intimidation, harassment and violence, and individuals are denied the right to participate in the conduct of public affairs,” said the UN Independent Expert on the promotion of a democratic and equitable international order, Alfred de Zayas.

“Specific protection must be granted to human rights defenders and whistleblowers who have in some contexts been accused of being unpatriotic, whereas they perform, in reality, a democratic service to their countries and to the enjoyment of human rights of their compatriots.”

Mr. de Zayas underlined that access to truthful and reliable information from diverse sources, including from free media, is essential to people so that they can develop their own opinions and effectively take an active part in public affairs.

Inequality a disconnect to democracy

“I am dismayed that, notwithstanding lip service to democracy, too many governments seem to forget that in a democracy, it is the people who are sovereign,” he said. Building on the diagnoses of think tanks, national human rights institutions and other rapporteurs, de Zayas found that in many countries, governments are more responsive to special interests than to the wishes of their own populations, which creates massive social and economic inequalities.

In particular, the Independent Expert voiced concerned about governments’ “tendency shown in some contexts to follow the interests of the military-industrial complex, those of financial bankers and of transnational corporations, rather than those of their own populations, resulting in domestic and international disorder.”

“The disconnect between power and the people must be remedied,” he added.

Indeed, de Zayas does not shy away from sharp criticism of the status quo, including some aspects of the UN’s role. In his recent report to the UN Human Rights Council, Mr. de Zayas writes:

“With regard to an international democratic and equitable order, it is obvious that such international order depends on the sovereign equality of States, the right of peoples to self-determination and on a commitment to sharing the riches of the planet in a spirit of international solidarity.

“While self-determination is closely related to the idea of democracy, participation in international decision-making is still far from equal or even equitable. Indeed, the United Nations Security Council is not democratic, nor are the Bretton Woods institutions. There are other players which are not democratic in their structure or in their modus operandi, including certain elitist organizations such as the Trilateral Commission, the Atlantic Council and the Bilderberg Group,as well as better-known conferences of the G-8, G-20,the World Economic Forum, and military alliances such as the North Atlantic Treaty Organization (NATO).

“Meanwhile, transnational corporations exert increasing influence on global decision-making and impact on the options of sovereign States and on the enjoyment of human rights. Corporations — whether national or multinational — do not operate on the basis of democratic principles but seek primarily profit, and their decisions affect the international order. Reforms are necessary so as to ensure the equitable participation of States, large and small, in global decision-making, especially concerning decisions on peacekeeping, the environment, trade relations and the common heritage of humankind.”

In that report, de Zayas made a number of recommendations that could go a long way to protecting the voices of marginalized groups as well boosting the participation of all individuals in political processes.

“Reform of the United Nations system, including of the Security Council, of the Bretton Woods Institutions and of the World Trade Organization is necessary to advance toward an international order that is more democratic and more equitable,” de Zayas said in his remarks this week.

“Recent popular movements in different parts of the world show how direct participation in domestic and global decision-making is necessary, and why the instruments of direct democracy including popular initiative and referenda are becoming increasingly attractive,” he said.

“A more democratic and equitable international order is no utopia,” the Independent Expert concluded. “It can and will be achieved when Governments and civil society work together to make the purposes and principles of the United Nations Charter a reality for our and future generations.”

Strengthening voices for democracy by Carol Smith is licensed under a Creative Commons Attribution-NonCommercial-ShareAlike 3.0 Unported License.