Countries at Odds Over Movement of Refugees and Migrants 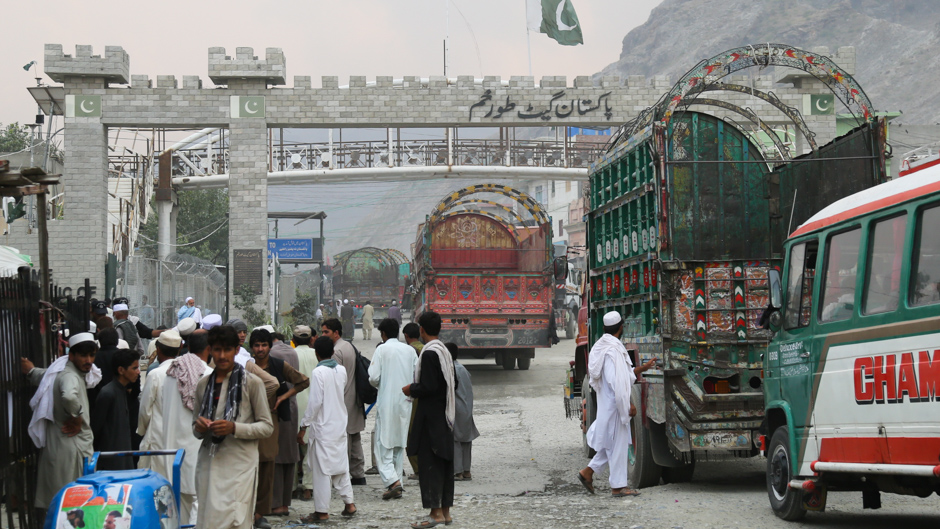 In recent years, the world has seen a rise in the number of people displaced due to violence, conflict, environmental degradation, and economic hardship. These demographic shifts have re-focused interest and debate on the large-scale movement of refugees and migrants. This is the sixth instalment in a series of information briefs that aim to provide an overview of recent developments in the area of international migration.

A day after the European Parliament voted to freeze Turkey’s EU Membership talks, Turkish President Erdogan stated that Turkey could open its borders to allow migrants and refugees to leave for Europe. His remarks suggested that Turkey might cancel its agreement with the EU and allow the flow of migrants to resume as it did before the deal. The European Parliament’s decision to freeze membership talks appears to largely be in response to political developments in Turkey following the failed coup earlier this year. Since the attempted putsch, President Erdogan has arrested close to 37,000 suspects, with thousands of others losing their jobs — a response that European officials have increasingly criticised as a disproportionate crackdown.

President Erdogan has accused the European Union of breaking its promises in a controversial deal which commits Turkey to accept the return of irregular migrants who transited the country to reach Greece. Aspects of the agreement, such as visa liberalisation for Turks and the resettlement of Syrian refugees, remain unresolved according to the Turkish president.

Rights groups have routinely criticised the deal, arguing that it rests on the flawed premise that Turkey is always a “safe third country” or a “safe first country of asylum”. Human Rights Watch has noted, for instance, that Turkey cannot fully recognise non-Europeans as refugees due to limitations it imposed when it ratified the 1951 Refugee Convention. Instead, there is a temporary protection regime in place in Turkey for refugees coming from Syria. In this way, Turkey falls short of meeting the standard for “safe third country” for all migrants and refugees.

There have also been concerns that the EU’s deal with Turkey has encouraged other countries to pursue similar deals. Citing the Kenyan government’s plan to speed up repatriation of Somali refugees and Pakistani officials stepping up pressure against Afghans living in Pakistan, Human Rights Watch argued that the EU-Turkey deal, as well as the EU’s migration policy more broadly, “has sent a message that the protection for refugees could be commodified, outsourced, and blocked”.

Human Rights Watch is not alone in arguing that European migration policy has failed to adequately protect asylum seekers and refugees. On 29 November, a coalition of 78 organisations active in the field of children’s rights urged EU leadership to renew commitments to protect the rights of migrant and refugee children. Children represent a disproportionate number of migrants and refugees, and routinely face rights violations en route to and within the EU.

The UN Refugee Agency (UNHCR) has also called for reforms of Europe’s management of refugees. In a speech at the European Policy Centre, High Commissioner for Refugees Filippo Grandi highlighted that Europe’s response to the influx of refugees has fallen short of expectations. Grandi went on to state that while certain EU initiatives that bundle trade, humanitarian, and development support were commendable, they should be driven by solidarity, and not conditionality. A recent paper published by UNHCR calls for far-reaching reforms which would make the EU’s response more comprehensive, integrated, and unified.

These “bundle initiatives” are also being pushed by individual states, such as Germany, where Development Minister Gerd Muller announced the possibility of an African “Marshall Plan” to help improve conditions in African countries to stem the flow of migrants heading to Europe. Some, like Senegal’s President Macky Sall, have welcomed the plan, while others have called it unfeasible.

Refugee Reparation around the World

Recent fighting in Afghanistan has increased the risks for displaced persons within the country and returning refugees. According to UNHCR figures, between 25 October and 5 November 2016, 59,297 Afghan refugees returned to Afghanistan. Reuters recently reported that the number of internally displaced persons in Afghanistan has risen to over 500,000 people, the highest number since statistics were first measured in 2008. Due to the exponential pace and volume of returns, UNHCR is critically short of necessary funds.

Somali refugees and asylum seekers living in Kenya continue to face a similar predicament. Despite the Kenyan government’s decision to postpone the closure of the Dadaab refugee camp —  the largest refugee camp in the world — it has not reversed its decision to repatriate 261,000 Somali refugees. Rights groups have strongly protested the move. Human Rights Watch has found intimidation and misinformation to be common tactics in the Kenyan government’s repatriation programme, while Amnesty International has reported that the majority of refugees living in the Dadaab camp do not wish to return.

Calls to repatriate refugees are also growing in Lebanon. The election of Michel Aoun as president has increased the likelihood that the government will implement an “anti-refugee” agenda, putting at risk more than one million refugees living in the country. Michel Aoun has in the past called for Syrian refugees to return home and called refugee camps in Lebanon a security threat.

Lebanon’s Foreign Minister Gebran Bassil and Labour Minister Sejaan Azzi recently made more concrete proposals. In October, Bassil told EU foreign ministers that sending Syrian refugees to safe zones in Syria was the only solution, while Azzi disclosed a plan that would incrementally repatriate refugees to safe zones in Syria. In addition, the Lebanese government has begun building a wall surrounding Ain El-Hilweh, the largest refugee camp in the country, ostensibly to keep “wanted people from sneaking in and out”.

The UN High Commissioner for Refugees reported a dramatic increase in sea crossings by migrants and refugees from the Horn of Africa to Yemen. According to the UN High Commissioner for Refugees, since mid-November, some 106,000 individuals — mostly from Ethiopia and Somalia — have crossed the Gulf of Aden fleeing conflict, abuse, and exploitation. Some are hoping to reach the oil-rich countries of the Arabian Gulf.

Although Yemen has historically been a country of transit between the Horn of Africa to the Arabian Peninsula, Yemen’s own conflict has put new arrivals at risk of hardship and danger. Migrants and refugees are generally ill-informed of the conflict in Yemen, often confronted by harsh realities when arriving after having fled persecution and insecurity at home. These risks and dangers are further magnified by the lack of available funds. UNHCR spokesperson William Spindler told the media that operations remain critically underfunded; UNHCR has received only 44 per cent of necessary funding.

Migrants and Refugees in Trump’s America

The election of Donald Trump as President of the United States has created significant doubts about the future of migrants and refugees living in the US. As many have noted, the comments made by Mr. Trump are often at odds with those of the UN, including on refugees. Mr. Trump has said on several occasions he wishes to bar refugees from certain countries from entering the United States. Similar comments have also been directed at migrants entering the country.

Such comments have also raised doubts about whether the president-elect will follow through with a plan between the US and Australia that would see the resettlement of refugees and asylum seekers from Australian detention facilities in Nauru and Manus Island. But the deal has also faced considerable criticism from House Republicans, who have characterised the plan as a backroom deal. Despite comments from Mr. Trump and Republican lawmakers, Australian Prime Minister Malcolm Turnbull has remained confident that the deal will go ahead.

Turnbull is likely counting on the success of the refugee deal to avoid a political quagmire. Earlier in November, Francois Crepeau, Special Rapporteur on the human rights of migrants, concluded his visit to Australia. While Crepeau noted several of the positive aspects of Australia’s migration and refugee policy, including the country’s large resettlement programme, he went on to conclude that Australia’s human rights record has been tarnished in recent years by regressive policies.

Tensions Rise as Countries Aim to Block Movement of Refugees and Migrants by Bavo Stevens is licensed under a Creative Commons Attribution-NonCommercial-ShareAlike 4.0 International License.