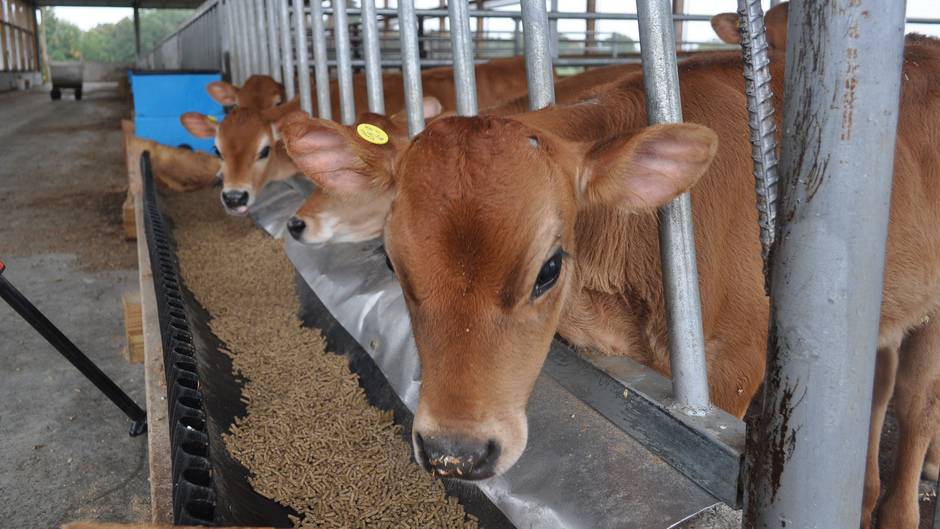 One major issue for public debate is the future of agriculture, which causes 9 percent of the UK’s greenhouse gas emissions. Photo: United Soybean Board.

Britain’s chief scientist has called for researchers to speak out about the risks and benefits of strategies for tackling climate change before national policies are set by the government.

Sir Mark Walport, the government’s top science adviser, said the climate change debate had to move on from arguments over the reality of global warming to more pressing questions of what the country should do in response.

In an interview with the Guardian, Walport urged scientists and engineers to be vocal about the pros and cons of new energy sources and technologies designed to combat climate change to ensure that policy decisions came from a public debate based on solid evidence.

“Climate change is happening and humans are significant contributors, and that raises some really important policy questions,” Walport said. “Scientists should be setting out the options and explaining what happens in each case. The debate has to move on to what are we going to do about climate change, and how are we going to do it.”

The intervention comes after a speaking tour of Britain during which Walport said audiences wanted to hear more on how science could be used to forge good policies. He said that while policy decisions could be taken only by society as a whole, researchers must be more vociferous about the risks and uncertainties of different technologies and strategies proposed to curb climate change.

The shift in focus would bring an endless range of questions to the fore, and feed into decisions on the best energy mix for Britain, ways to decarbonise agriculture and transport, and options for boosting energy efficiency.

On the issue of energy, Walport said that evidence from scientists and engineers showed that fracking was a safe technology when done properly, and that risks of methane leaks, tremors and contamination of groundwater could all be managed. But he added that science was only one aspect of a much larger debate around fracking.

“It’s not up to scientists. It’s a political decision and a societal decision. One thing we cannot do is turn off our power supply. Advanced societies depend on it,” Walport said.

UN talks that aim to reach a legally binding agreement on curbing global emissions continue in Bonn this week. But the difficulties in thrashing out a global deal highlight the clash of priorities that governments face.

To give a clearer picture on the likely impacts of different policies, scientists and engineers need to explain what is known and what remains uncertain for the UK and abroad where disruption caused by climate change could have knock-on effects around the world.

Part of the problem, Tol said, is that climate modellers and experts in the basic science of climate change are often the ones invited on to public discussion panels, rather than experts in solar panels, agriculture or insulation.

Beyond the major issue of what is the best mix of energy sources for Britain lie other major questions around agriculture, which causes 9 percent of the UK’s greenhouse gas emissions. “If you are serious about cutting methane emissions, it means giving up cows’ milk and giving up cow meat. What are the alternatives? Kangaroo is a good alternative, but the problem is these animals tend to jump,” said Tol.

Benny Peiser, director of the climate sceptic Global Warming Policy Foundation, which is against many policies to tackle global warming, welcomed Walport’s call to action. “It’s not about the nitty-gritty details of the science. It’s about finding the best way of dealing with a big issue that has a potential to cause a lot of problems in the future,” he said.

Ian Sample has been a science correspondent for the Guardian since 2003. Before that, he was a journalist at New Scientist and worked at the Insitute of Physics as a journal editor. He has a PhD in biomedical materials from Queen Mary’s, University of London

Legislation Can Help Enable a Global Climate Deal in 2015