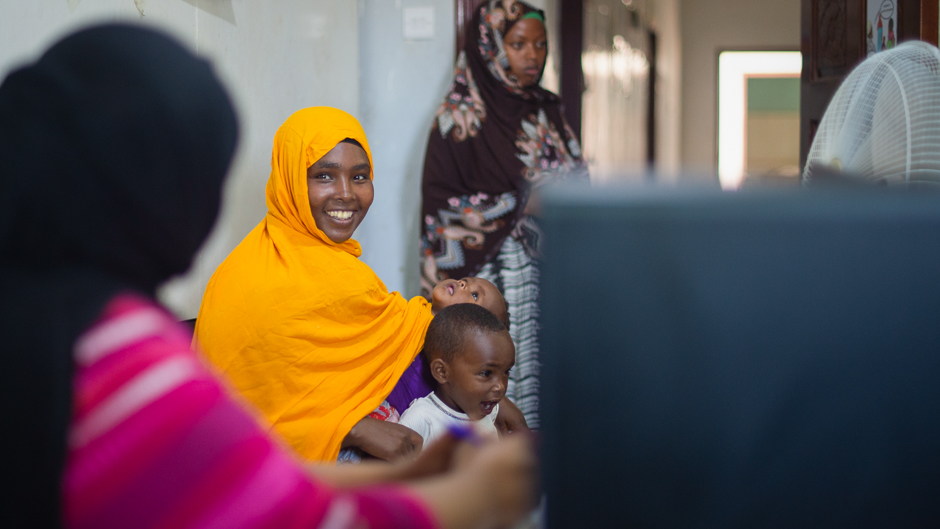 Iftin Musa, an Ethiopian migrant, sits in the registry office inside of the IOM-funded Migrant Response Center in Hargeisa, Somaliland, on 7 June 2021. Photo: Tobin Jones / © International Organisation for Migration

In April 2022, the United Nations University (UNU) joined other UN entities in endorsing a UN System pledge on the Global Compact for Safe, Orderly and Regular Migration (GCM). This article is part of a blog series in which members of the UNU Migration Network and guest contributors reflect on the equitable and evidence-based implementation of the GCM in policy and practice.

Driven to action by the political and policy fallout of increased migration across the Mediterranean crossing to Europe, UN Member States met in New York in 2016 to discuss how the management of international migration could be improved. The Global Compact for Safe, Orderly and Regular Migration (GCM), adopted by 152 UN Member States two years later in Morocco, is one of two Global Compacts which operationalise the aspirations of the New York Declaration to save lives, protect rights, and share responsibility on a global scale.

Much has changed since then. From the Venezuelan exodus and the detention of migrants, including children on the US-Mexico border, to the closing of borders associated with COVID-19 and, most recently, the displacement of nearly 7 million people from Ukraine as a result of the Russian invasion. The world is a very different place than it was in 2018.

But some things, unfortunately, remain the same. Migration continues to be politically contentious, with policies driven more by the interests of Member States than the need to address root causes or share responsibility. Recent policy initiatives, including UK plans to move would-be asylum seekers to Rwanda, threaten to undermine global standards and commitments. And migration continues to be associated with profound inequalities at the global, national, and local levels that undermine its potential to contribute to human well-being and delivery of the Sustainable Development Goals. These inequalities have only been amplified by COVID-19.

The importance of data

The importance of accurate, reliable, and comparable data to inform migration policymaking has long been recognised and this is reflected in the GCM. In fact, it is the first of its 23 objectives. Perhaps not surprising then that data and evidence is one of the objectives most frequently mentioned by UN Member States in their voluntary national reviews, as noted by my UNU colleague Elaine Lebon-McGregor in an earlier commentary piece.

But the production of data for migration policymaking is far from straightforward. For a start, knowledge about migration tends to be generated in the Global North rather than in the countries of the Global South where most migration takes place and where mobility has always been a part of life and livelihoods. And it tends to focus on economic factors to the exclusion of other factors that inform migration decision-making, or that intersect with broader processes of social, cultural, and political change. Research and data on the relationships between migration and inequality is particularly limited, undermining the ability of policymakers to understand, and respond to, the ways in which inequality shapes migration processes, journeys and outcomes.

Fortunately this is starting to change.

The Migration for Development and Equality (MIDEQ) Hub is an international collaboration of nearly 100 scholars across five continents that aims to build an evidence-based understanding of the relationships between migration, development, and inequality in the Global South. Led by researchers living and working in twelve countries, MIDEQ has gathered a vast body of data and research evidence on these relationships.

The relationships between migration and inequality

MIDEQ’s data complicates our understanding of the relationships between migration and inequality in important ways.

Firstly, it confirms that the relationship between migration and inequality is not straightforward. Although migration can reduce inequalities, for example through the redistribution of resources through remittances, it can also exacerbate inequalities because of the conditions under which migration takes place. For many migrants and their families in the Global South, inequalities in the right to move often mean difficult, expensive, and sometimes dangerous journeys, a lack of rights, precarious employment conditions, and limited (if any) opportunities to access social protection. Migration can also create new social inequalities, as seen for example in southern Ethiopia where some families, but not others, are able to access resources through the migration of family members to South Africa.

Secondly, inequalities associated with migration are often intersectional. While the GCM highlights the need to reduce gender inequalities associated with migration, other inequalities and the intersections between them are largely ignored. Racial and ethnic inequalities are equally, sometimes more, important in the contexts where MIDEQ’s researchers are working. In Brazil and South Africa, for example, racism and xenophobia rooted in the histories of slavery and apartheid respectively shape the experiences of migrants living there today. These processes are often deeply gendered.

Thirdly, inequalities associated with migration are often structural, reflecting a long history of unequal political and economic relationships within and between countries of the Global South and North. These inequalities are deeply woven into the fabric of societies. In Haiti, for example, the focus has often been on the problems associated with corrupt political leadership within the country, ignoring the structural inequalities and associated interventions that have undermined the country’s governance capabilities. These issues cannot be addressed through improved migration management alone: what is needed is a wholesale reconsideration of the broader socio-economic and political conditions that drive migration and undermine its developmental potential.

Finally, MIDEQ’s research has highlighted the impacts of migration-related inequalities for those that do not move as well as those that do. Research in the Nepal-Malaysia corridor, for instance, draws attention to the experiences of those ‘left behind’, especially the wives of migrants who have to manage the household in their absence. These experiences, often neglected in existing migration research, are captured in The COVID Chronicles. This comic animation draws on new research data to tell the story of Aasha and her husband Amir, who migrated to Malaysia for work but found himself unable to return due to the COVID-19 pandemic. Here, as elsewhere, COVID-19 has deepened the inequalities associated with migration, revealing the depth and extent of inequalities facing migrants globally.

It is laudable that UN Member States are committed to the implementation of Objective 1 of the GCM. Now we need to make this commitment meaningful, not only in hugely varying geographical and political contexts but across the other GCM objectives, each of which has equality at its core. An important first step in this process is to better understand the relationships between migration and inequality: how inequality can drive migration but also be reduced by it, the ways in which different inequalities intersect to shape migration opportunities and outcomes in different contexts, and the deeper structural inequalities of which migration is often a symptom.

Professor Heaven Crawley is Head of Equitable Development and Migration at the UNU Centre for Policy Research.

We Interviewed 150 Women Migrants, Revealing How Their Journeys Involve Peril at Every Turn

Water, Climate, Conflict, and Migration: Coping with One Billion People on the Move by 2050