Yemen: at a Crossroads 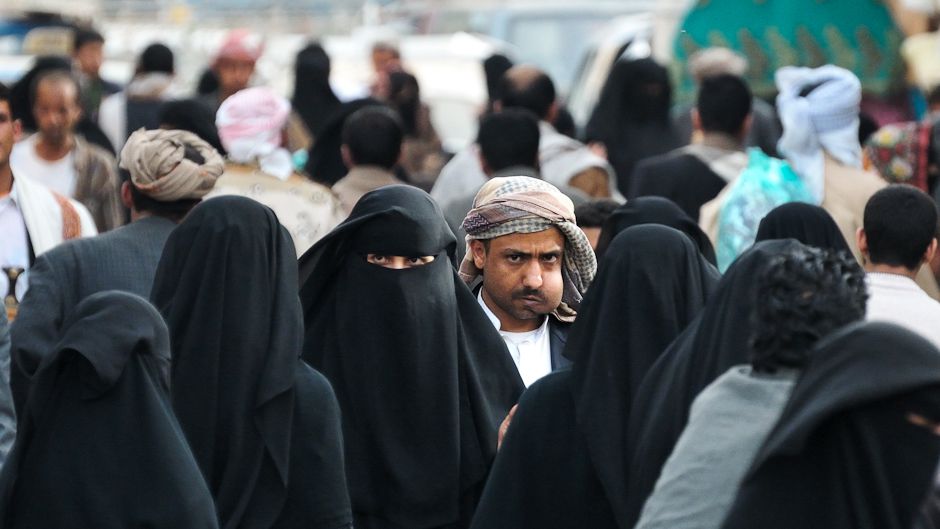 This story is about Yemen, a country of around 25 million people, located in the southern half of the Arabian Peninsula. Increasingly, Yemen has attracted the attention of the international community, though not for its rich poetry or UNESCO World Heritage sites, but for the maelstrom of violence it faces, on three fronts.

There are Houthi Shiite rebels fighting in the North, separatists clashing with military in the South and, on top of that, active Al Qaeda-linked militants that now control part of the country. This surge of violence overshadowed peaceful protests that ousted Abdullah Saleh, the fourth autocrat to be defeated in the Arab Spring. The previous year also saw the Yemeni human rights activist Tawakkol Karman being co-awarded the 2011 Nobel Peace Prize, the first Arabic woman to receive the award.

Nonetheless, the political situation in Yemen should not overshadow the critical humanitarian crisis the country faces. According to the World Food Programme’s Comprehensive Food Security Survey 2012, 10 million Yemenis are food insecure and half of the country’s children are chronically malnourished to the degree that one out of ten does not live to reach the age of five.

The roots of this problem are essentially man-made, not natural. In 2009, Yemen imported 90 percent of its food and with the intensification of violence, displacements, poverty and unemployment, accessing international food markets is now too expensive. To quote Jerry Farrell, Save the Children’s director in Yemen: “Political instability, conflict and high prices have left families across the country going hungry.” Further, as discussed later, prioritising growth of a traditional narcotic plant over food is also a major contributing factor to the dire situation.

Until now, the UN has received less than half of the US$459 million it requested for humanitarian aid to Yemen. This forced UN Resident Coordinator in Yemen Ismail Ould Cheikh Ahmed to make a passionate plea for help, especially from Yemen’s wealthy neighbours.

Since that appeal, some pledges have been made, including US$3.25 billion from Saudi Arabia. A joint mission formed by international donors recently went to Yemen; it included the UN, the Organization of Islamic Cooperation, the Gulf Cooperation Council (GCC), the League of Arab States, the United States Agency for International Development and the European Union. These efforts are to be commended and, in Yemen like elsewhere, coordination and efficiency will be critical.

Nevertheless, humanitarian aid can only alleviate urgent and immediate needs. To address root-causes, long-term strategies are needed. Yes, there is a need to confront political crises in Yemen, notably through a national dialogue, but several powerful underlying trends are moving against Yemen. It is crucial to understand them.

Unlike its oil-rich neighbours, Yemen only produces small quantities of oil, yet they play a key role in the economy. Indeed, in 2010, about 75 percent of state revenues and 90 percent of exports came from oil production. But since Yemen reached a peak in production in 2004, the situation has quickly been deteriorating. By 2017 , the World Bank expects that Yemen will no longer generate revenues from oil production and the recent upsurge in violence has only  hastened this trend.

For Yemen, growing energy scarcity will be coupled with water shortages. According to a 2010 report by the consulting firm McKinsey, Sana’a (the Yemeni capital) could run out of water by 2025. The report added that incomes in Yemen could be slashed by as much as 25 percent over the next decade as a result of increased water scarcity. This outlook may be optimistic according to one well-informed UN official who recently said at a meeting that the actual year could be 2014, which in terms of planning, is tomorrow.

In short, the economic foundations of Yemen will be challenged like never before.

The picture would be incomplete if we failed to mention the production of Qat in Yemen. A popular leafy narcotic, Qat is also an appetite inhibitor, making it particularly attractive in times of food crisis. In 2008, the Yemeni Agriculture Minister reported that at least 30 percent of underground water was used for Qat production, a non-nutritious crop. This quagmire was best summarised by Guardian environment writers who remarked that “Yemen threatens to chew itself to death over thirst for narcotic Qat plant”.

While it is important to appreciate the cultural and social significance of Qat, in times of hunger, surely food production should be prioritised, like it was in the United Kingdom and other countries during World War II.

Moreover, exponential population growth will aggravate these trends. Since 1975, the population of Yemen has doubled and is expected to double again within 20 years. Particularly worrying in light of current unemployment rates is the doubling of 10 to 20-year-olds, within the next 25 years, some of whom could be co-opted by radical groups.

It is important to mention here the impact climate change will have on global food markets and a possible increase in the frequency and intensity of floods and droughts affecting Yemen.

In this context, it is legitimate to ask whether Yemen will become a new Somalia. In fact, Yemen already matches most of the characteristics of a failed state — it has experienced a rise in criminal and political violence, intensifying religious hostilities, has weak institutions, high levels of corruption, inflation, declining GDP, a collapsing health system, rising levels of infant mortality and food shortages.

Today, the main risk for Yemen is the “rare and extreme version of a failed state”, which is total collapse.  As Professor Robert I. Rotberg identified in Foreign Affairs journal 10 years ago, Yemen would become “a geographical expression only, with borders but with no effective way to exert authority within those borders”. It would be, and some would say already is, at the mercy of radical sub-state actors.

The consequences for the Yemeni population are already dire. But make no mistake: the regional and global security implications would also be significant. Comprehensive answers need to be implemented in a timely-manner.

First, we need to understand that Yemenis are not helpless victims; there are talents and capacities in the country, notably in the civil society, which need to be strengthened, not replaced. Yemeni NGOs and the Yemeni Red Crescent, which has a strong network of volunteers, need to be supported with increased aid and technical expertise. Islamic charities also have an important role to play.

Second, regional actors such as the GCC, with the assistance of the international community, primarily the UN, need to deploy an ambitious and coherent strategy to provide, not just needed immediate aid, but also long-term answers. For example, efforts could focus on improving the highly inefficient irrigation network, deploying community-based projects to reduce disaster risks, in particular with women, and boosting renewable energies across the country. Of course, security will need to be increased in parallel to these efforts.

At the moment the priority is, rightly, emergency relief, but soon, early recovery and development programmes will need to be implemented. For example, the German Red Cross worked on this interesting disaster risk reduction project in 2009. But really, to address the challenges you need the equivalent of a “Marshall Plan” for Yemen. Rich neighbours could afford it, but will they?

Finally, and most importantly, any efforts to assist Yemen will be void if we fail to address underlying trends. Like Somalia after the fall of Mohamed Siad Barre in 1991, Yemen stands at a crossroads; what happens next remains to be written.

Yemen: at a crossroads by Lionel Badal is licensed under a Creative Commons Attribution-NonCommercial-ShareAlike 3.0 Unported License.
Based on a work at http://ourworld.unu.edu/en/yemen-at-a-crossroads/.

A former “Young Scholar” of the Red Cross/Red Crescent Climate Centre, Lionel currently works in the humanitarian sector. The opinions expressed in this article are the author’s own.