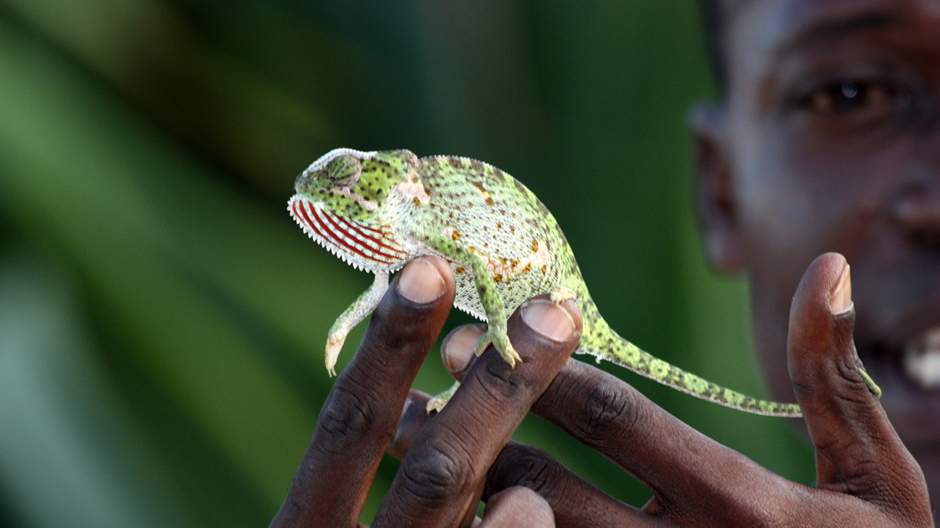 In less than a month, unless we can rouse sufficient public indignation to avert it, a widespread suspicion that humanity is incapable of looking after this planet will be confirmed. The world’s governments will meet at Nagoya in Japan to discuss the catastrophic decline of life on the planet. The outcome is expected to be as tragic and as impotent as the collapse of last year’s climate talks in Copenhagen.

We cannot accept this. We cannot stand back and watch while the wonders of this world are sacrificed to crass carelessness and short-termism. So, a few weeks ago, the Guardian launched the Biodiversity 100 campaign to prod governments into action. We asked the public and some of the world’s top ecologists to help us compile a list of 100 specific tasks that will show whether or not governments are serious about protecting biodiversity. Each task would be aimed at a government among the G20 nations, and they would be asked to sign up to it at Nagoya.

[quote quote=”Governments’ complacency about biodiversity is matched, so far, by the public’s. Perhaps it’s issue fatigue, perhaps there’s a sense that someone, somewhere must be taking care of it. Well, they aren’t.” type=”text” ]

Unless something changes, governments intend to decide that wild species and wild places will not be allowed to compete with special interest groups or industrial lobbyists, however narrow their interests or perverse their desires. Wildlife doesn’t fund political parties, control newspapers or threaten to take its business elsewhere. As soon as money can be made from its destruction, it goes.

An end to complacency

Governments’ complacency about biodiversity is matched, so far, by the public’s. Perhaps it’s issue fatigue, perhaps there’s a sense — as the topic doesn’t receive much coverage — that someone, somewhere must be taking care of it. Well they aren’t. Last week Ban Ki-moon, the UN secretary-general, admitted that the 2010 deadline for reducing the rate of biodiversity loss has been missed. In fact, as a study in Science earlier this year suggested, the commitment governments made in 2002 appears to have had no significant impact at all.

Instead of learning from this failure, they seem intent on repeating it. At last week’s UN General Assembly they discussed a set of unenforceable good intentions. In effect, the new plan shifts the 2010 targets to 2020, without proposing any better means of meeting them. The world’s wildlife is being washed away on a tide of platitudes.

Our campaign aimed to be a catalyst for a more effective approach. The response was big and enthusiastic, but not always relevant. The first thing our campaign exposed was how difficult it is to identify the kinds of specific, practical solutions we were asking for.

Many suggestions, such as curbing human population and over-consumption, are relevant to biodiversity loss but too general for the CBD to tackle. The second was the weakness of the connection between science and policy. Those who document the decline of wildlife haven’t given much thought to government action; while governments are often shockingly ignorant of what scientists are saying.

[quote quote=”We hope that reading this list has the same effect on you as it has had on us: simultaneously to boil with anger… and to feel inspired to demand that governments act.” type=”image” image=”2495″ ]

We set a high standard. We would not accept a proposal unless it was well supported by scientific evidence, made a powerful contribution to conservation and required real political commitment. We decided to prioritise quality over quantity, so we have so far chosen only 26 actions. We intend to complete the list over the coming months, so please keep sending in proposals.

We hope that reading this list has the same effect on you as it has had on us: simultaneously to boil with anger over the fact that destructive behaviour so stupid and avoidable has been allowed to continue, and to feel inspired to demand that governments act. Here are a few examples of the actions we want them to take.

We’re calling on the UK government and the three devolved administrations to create a series of new marine reserves, to reverse the shocking decline in sealife caused by industrial fishing. Despite repeated warnings, political leaders have failed to prevent the collapse of marine ecosystems, or to introduce more than three very small marine nature reserves where fishing is prohibited.

We’re asking the governments of India and Indonesia to ban the finning of sharks at sea. Huge numbers of sharks are being caught by their fleets or in their waters solely for their fins. These are often removed while the shark is alive: the mutilated animal is then thrown overboard. Finning — which is largely sold as gourmet meat in China — is having a devastating impact on shark populations.

We’re calling on the Russian government to change the law that it passed last year that makes it almost impossible to prosecute poachers killing tigers. They cannot be charged unless the gun is loaded — even when they are caught with a gun and a dead tiger. It could scarcely be better designed to ensure the extinction of the world’s largest remaining tiger population.

We are asking the government of Brazil to block a proposed new law that would remove the obligation to restore illegally cleared forests, and which would reduce the areas which must be set aside for conservation. Brazil has been making good progress recently on reducing forest destruction. This law would reverse it.

We’re asking the Australian government to stop dingos from being killed. At the moment, farmers there are obliged by law to kill them, even though they are a protected “native” species. This has serious impacts for the conservation of other wildlife, as dingos suppress the populations of large numbers of invasive cats and foxes that destroy native fauna. Sheep and cattle can be protected from dingos without the need to kill them.

We’re asking France to take seriously its obligations to protect the brown bear population in the Pyrenees. It has allowed numbers to drop below 20 individuals — a population so small it is not viable — because of complaints by a small number of sheep farmers. Unless more bears are introduced to the mountains, the species will soon become extinct there. Again, there are well-tested means of protecting sheep from the bears.

Our list is by no means a complete answer to the biodiversity crisis. We do not claim that it is the definitive tally of the world’s most important or pressing conservation problems. For a start, we restricted ourselves to signatories of the CBD so there are no actions for the US, for example. But all the actions have scientific support and while significant in themselves, they are also an important symbolic test of governments’ resolve. We have written to each government’s environment minister to request that they make the changes we suggest.

Biodiversity conservation is, or should be, all about specific action. It cannot be achieved by vague commitments. As the celebrated British ecologist Prof Sir John Lawton says: “Politicians keep talking about the threat of the loss of biodiversity. But nothing happens. Those of us who care have got to put pressure on the world’s governments to stop saying one thing and doing something completely different. This campaign will make a real contribution.”

[quote quote=”Biodiversity conservation is, or should be, all about specific action. It cannot be achieved by vague commitments.” type=”text” ]

We hope he’s right. And we see no reason why he shouldn’t be, given the recent conservation successes – Montenegro’s decision to postpone its dam-building programme; Russia’s vast new national parks; Ecuador’s determination not to allow new oil drilling in its rainforests.

But to make this campaign work, you have to get behind it. That means pestering your MP, bothering your environment minister, demanding that your government stops hiding behind platitudes and starts talking about specifics. It means insisting that they treat the world’s natural wonders not as a disposable asset but as a precious charge.

• The Americas’ list includes preservation of rainforest dominates in South America, plus the threatened woodland caribou in Canada and vaquita in Mexico.

• Recommendations for Australia focus on invasive plants and fish that damage native populations.

• Europe‘s list includes a new water policy for Turkey, better protection for tigers in Russia and restoring bee populations in the UK.

Guillaume Chapron is assistant professor at the Swedish University of Agricultural Sciences. He can be contacted on info@biodiversity100.org