A cruel twist of fate combined with climate change is clouding Japan’s ability to portray itself as a progressive nation in a world increasingly fixated on low-carbon growth. The massive earthquake that hit the country’s eastern seaboard and sparked a nuclear crisis in March 2011 has narrowed Japan’s options in moving to a carbon-reduced future. Damage from the earthquake prompted the government to close the country’s entire fleet of nuclear reactors and set it on a path to burning more coal, the most emissions-intensive of fossil fuels.

Japan is now stuck with difficult decisions around the use of coal and uranium as it struggles to power the world’s third largest economy. In a July announcement on future energy policy, the Japanese government indicated coal that will hold the second most prominent place in its projected mix of energy sources to meet national electricity demands up to 2030. Previously, nuclear energy was Japan’s top source, supplying 30 percent of its power needs. But in the post-Fukushima Daiichi nuclear disaster landscape, the government plan anticipates that nuclear will make up 20 to 22 percent of Japan’s electricity mix in 2030. This will move liquefied natural gas, at 27 percent, and coal, at 26 percent, to the forefront. Fitting in behind these projections is the renewable energy proportion, at 22 to 24 percent.

With this mix, Japan risks being sidelined from a burgeoning wave of energy transition from fossil fuels to renewables currently spearheaded by Europe, the United States, Brazil and China. Unlike these countries, Japan — the fifth largest greenhouse gas emitter — has been increasing its use of coal to provide energy. In 2012, following the shutdown of nuclear reactors, the ratio of power provided by coal rose to 28 percent, compared to an average of 24 percent during the 10 years before the nuclear disaster in 2011.

Predictably, Japan’s reversion to coal has made its endeavours to reduce greenhouse gases much harder. In fact, an increase of coal-fired power following the nuclear reactor closures led to the country’s second highest emissions rise on record from March 2013 to March 2014 — up to 1.41 billion metric tonnes of carbon dioxide (CO2) equivalent. This represented a hefty 10.8 percent increase of emissions as compared to 1990 (the Kyoto protocol’s base year).

Meanwhile, Japan’s tentative moves to restart far less emission-intensive nuclear power plants have sparked domestic protests and raised concerns around the prospects of reverting to the wide scale use of nuclear energy. It is also questionable whether the government possesses the necessary financial and political capital that would be required to replace some of the country’s reactors as they reach the end of their safe usage lifespan.

An increased use of coal-fired power following the nuclear reactor closures led Japan to see the country’s second highest emissions rise on record — a hefty 10.8 percent over 1990 levels.

Japan’s continued emphasis on coal will have widespread repercussions for current and future generations. This is because decisions made now about Japan’s power generation hold the key to the country’s successful climate change strategy. Carbon dioxide from the global power sector is the main cause of warming since it produces 37 percent of anthropogenic carbon dioxide — at an astounding rate of 700 tonnes of carbon dioxide emissions per second. Reduction of carbon dioxide is crucial to reigning in the warming of the planet as it is the most ubiquitous of greenhouse gases. It persists in the atmosphere for thousands of years, and ultimately generates more heat in global warming than the initial process of energy production. 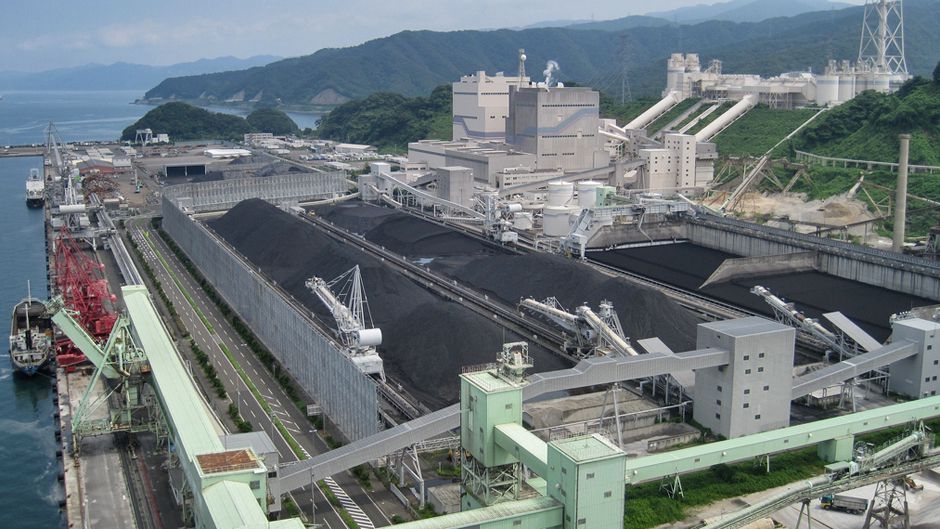 Increasingly, governments and businesses are questioning the need to keep burning coal — the game changer technology of the 18th and 19th centuries, which spurred the Industrial Revolution — because of the air pollution it causes at localised levels and its wider harmful effects as the most emission-intensive fossil fuel.

Coal combustion currently accounts for 40 percent of the world’s electricity demands. However, many countries, including heavily polluted ones such as China, are now moving away from coal. China’s concerns about its status as the climate change superpower, in terms of its pre-eminent emissions, and public anger at prevailing blankets of noxious smog across rural and urban landscapes set off a decline in coal use across the country, that has continued into the first half of 2015.

While Japan’s decision to increase coal combustion may appear anachronistic, its government insists natural disaster made it necessary. The shockwave that set off Japan’s largest recorded earthquake off the eastern Tohoku region on 11 March 2011 continues to reverberate through its political and economic landscape.

The tremor killed over 15,000 people and unleashed a wall of water in some places up to 40.5 metres high that travelled as far as 10 km inland. The resultant meltdown of three reactors at the Fukushima Daiichi nuclear power plant, caused by overheating, did not lead to any further deaths. It did, however, force the evacuation of over 100,000 people and spread fears about the safety of nuclear power across the world. 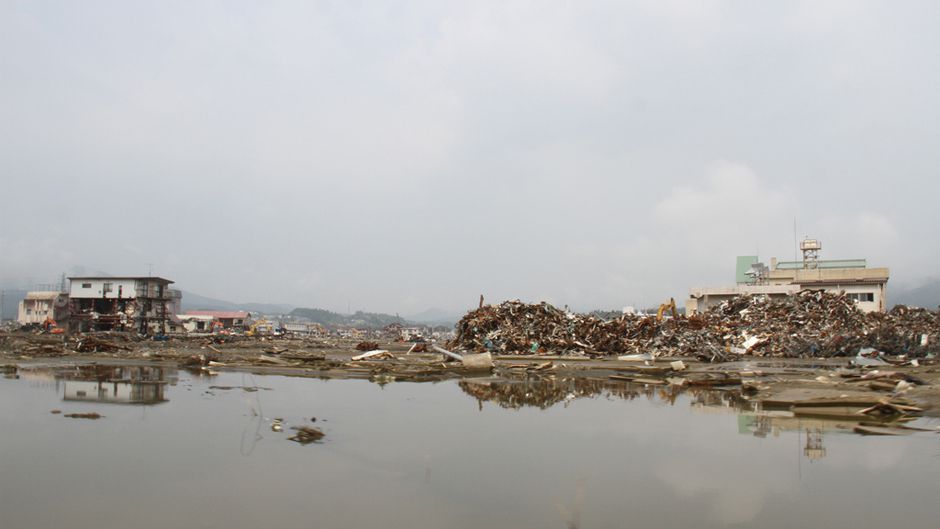 The shell-shocked government’s decision to close all of Japan’s 54 operational nuclear reactors was a major blow to the whole nation, given nuclear’s hefty contribution to national electricity supply. This then led Japan to turn to coal, liquefied natural gas and oil for nearly 90% of its power needs. The rationale behind the Japanese government’s decision to use more coal-fired generators to fill the gap of nuclear reactor stoppages is understandable.

Nevertheless, the fact that this diminished Japan’s capacity to achieve substantial emission cuts threatens to tarnish the nation’s international image. This is especially telling during the current intensification of international manoeuvring before November’s seminal United Nations (UN) climate change talks in Paris, amid criticism by some of Japan’s “inadequate” climate change ambition.

“Lack of climate action in Japan and the lack of relative ambition puts Japan at odds with most of the world’s major economies,” Washington-based researcher Taylor Dimsdale said after releasing a report by climate advocacy group E3G. The report warns Japan is becoming increasingly isolated as its growing use of fossil fuels pushes it out of step with other nations inside the Group of Seven and the Organization for Economic Cooperation and Development economic groupings. At the same time, the report adds, China has self-imposed a limit on its coal consumption.

Japan’s awkward position on climate change is likely to be seen in further stark relief during the international climate talks in Paris. Negotiators representing a country that has increased its coal usage may struggle to promote a positive image beside other countries that appear more committed to transitioning to a lower carbon world. Politics aside, while pressure mounts on countries to achieve a deal at the Paris talks, researchers are warning that emissions pledges made to date will still fail to keep the world within a temperature ceiling of two degrees Celsius above pre-industrial times.

Widely congratulatory commentary about China’s climate change endeavours may seem particularly unfair, considering Japan’s huge neighbour replaced the United States as the largest greenhouse gas emitter eight years ago. A high-impact joint statement by China and the United States in November last year — when Washington committed to large emissions cuts and Beijing agreed to be the first developing country to cap emissions — has certainly helped further embellish China’s climate credentials. Another more recent statement in late September has also caused a stir: China will introduce the world’s biggest emissions trading market in 2017. But amid the climate action headlines, it is easy to forget that coal still accounts for around 66% of China’s energy consumption and that its enormous emissions, now accounting for 29 percent of the global total, will continue to grow at least until 2030.

In contrast to the excitement caused by the joint US–China announcement, the response to Japan’s own emissions reduction targets for 2030 announced in July has been, at best, underwhelming. Different nations’ emission reduction targets — or in the UN’s arcane and carefully worded terminology, Intended Nationally Determined Contributions (INDC) — represent key bargaining chips at the Paris negotiations. According to Japan’s INDC, it aims to cut its greenhouse gas emissions 26% by fiscal year 2030 (ending March 2031) compared with the fiscal year of 2013.

Climate Action Tracker has found Japan’s target to be the least aggressive among developed countries apart from the Russian Federation.

While Japan has chosen 2013 as its base year for the cuts, the Climate Action Tracker has found its target to be the least aggressive among developed countries apart from the Russian Federation. The Tracker, an analytic group comprising four research organisations, came to this conclusion by translating Japan’s target to the more common base years used by industrialised nations of 1990 or 2005. The Tracker subsequently lumped Japan with Canada, Russia, New Zealand and Australia in an unfortunate grouping of five industrialised countries deemed “inadequate” in terms of supporting the global goal to keep warming to 2 degrees Celsius.

Some commentators, however, say such criticisms of Japan are unfair and fail to account for the repercussions of the Tohoku earthquake.

“The Japanese economy has grown more slowly than other countries, and it is responsible for only four percent of world emissions,” said Llewelyn Hughes, an Australian National University lecturer and research director at GR Japan, a government relations consultancy focused on the Japanese market.

“Transforming energy systems takes time and requires overcoming domestic obstacles. By keeping its emissions reduction target within the range of those announced by others, Japan has ensured that other countries cannot use it as an excuse for shirking, ” said Hughes. 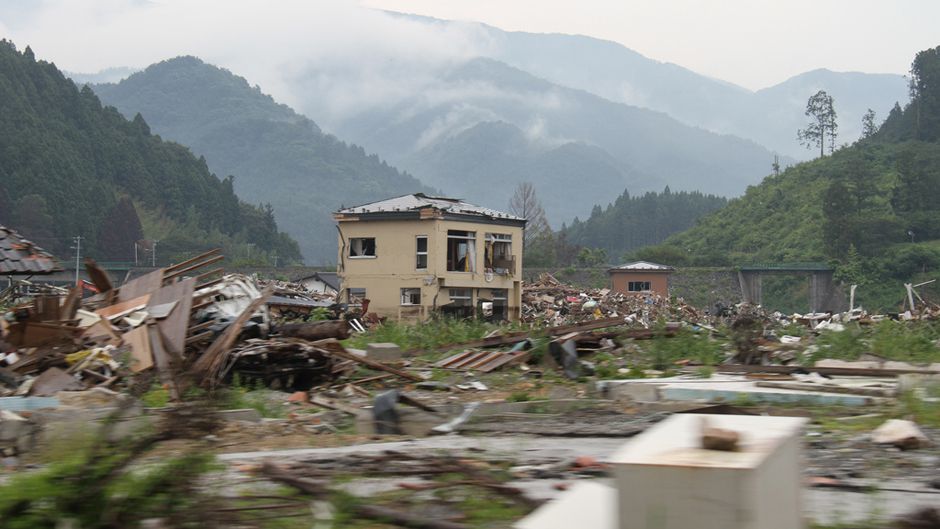 “Some inside and outside Japan seem to always contend that the Japanese government could be doing more while the others, mostly industry stakeholders within Japan, point out the economic costs associated with decarbonisation efforts,” Nakano said.

“Japan’s climate undertakings, including its technological contributions, seem under-appreciated especially in comparison to efforts by emerging economies, where improvements can be large and visible given how recently their climate undertakings began.”

It remains to be seen how understanding other countries will be towards Japan’s climate change policies in the wake of the Fukushima Daiichi nuclear accident. However, it is likely that Japan will at best remain in the shadows of current global deliberations around climate change — unlike more prominent nations such as China, which Nakano describes as having “been successful in capitalizing on its climate undertakings in the diplomatic arena”.

Simon Pollock is an Australia-based climate change writer and journalist. In addition to working on international climate change policy in Australia, he was a member of the start-up team that launched Al Jazeera English Television from its Asia Headaquarters in Kuala Lumpur in 2006. Simon’s interest in development and environmental issues stemmed from observation of how the two don’t always mix during six years in Beijing as a Kyodo News reporter.

Toward a Sustainable Japan: Challenges and Changes in Society and Population