Exposing IAEA to a Dose of Reality 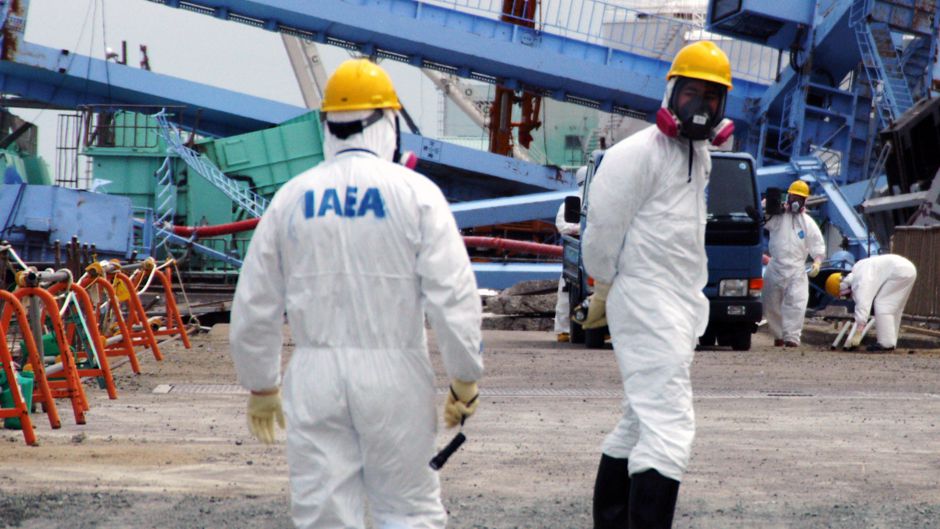 On 21 October 2013 the International Atomic Energy Agency’s Expert Remediation Mission to Japan submitted their preliminary findings based on their visit to Tokyo and Fukushima over the previous seven days.

Remediation is a very important area of the IAEA’s work, and “aims to reduce the radiation exposure from contamination of land areas or other contaminated media, such as surface — or groundwater”. In line with this role, the IAEA were requested to inspect Japan’s decontamination efforts after the Fukushima No. 1 disaster. This is in fact their second visit, a follow-up to an October 2011 mission.

Reading the IAEA’s findings, and contrasting them with the reality in Fukushima, one is left wondering whether the IAEA mission got lost in a Potemkin village during their trip.

Team leader Juan Carlos Lentijo, director of the IAEA’s Division of Fuel Cycle and Waste Technology, also breathlessly related that “The Mission Team has been really impressed by the involvement of a wide range of ministries, agencies and local authorities in driving these crucial remediation efforts.”

The IAEA would seem to have no eyes for noticing “poor progress” and no vocabulary for expressing it, but they would have done Japan, the nuclear industry and the world a great favor by being more forthright. A final report on the mission will be submitted to the Japanese government in December, so they still have the chance to amend their recommendations and incorporate some of the difficult realities they have sidestepped to date.

One of the “highlights” identified by the IAEA team was Japan’s “enormous efforts to implement the remediation program in order to reduce exposures to people in the affected areas, to enable, stimulate and support the return of people evacuated after the accident, and to support the affected municipalities in overcoming economic and social disruptions”.

Yet making “efforts” seems far too ambiguous and subjective a standard for judging the program. Surely a better, more objective measure would be the number of people able to return to their homes with some reasonable sense of assurance that they can live there safely.

Indeed, on the same day that the IAEA submitted its preliminary findings to Shinji Inoue, Senior Vice Minister of the Environment, the Environment Ministry announced that decontamination efforts in six of the 11 municipalities in the exclusion zone around Fukushima No. 1 are considerably behind schedule and will need to be significantly revised.

That means more than 90,000 people will thus be unable to return to their homes in the exclusion zone for another three years, a reality that differs starkly from the positive account presented by the IAEA. And contrary to the IAEA’s lauding of inter-agency cooperation, a large part of the problem is poor communication and deep distrust between the Environment Ministry and the region’s municipal governments.

To date, decontamination attempts have been plagued by problems and setbacks. One of the biggest impediments has been determining what to do with the contaminated soil and debris, which in many cases has been left in temporary storage. This has been identified as an important factor in the Environment Ministry failing to use 76.6 percent of its budget for decontamination, according to the Board of Audit.

Of the money that has been spent, much has been wasted on shoddy work undertaken by contractors, as has been detailed by the Asahi Shimbun in its “Crooked Cleanup” investigation. Yet such problems are simply ignored in the IAEA’s report. The remit of the mission was specifically limited to contaminated areas surrounding Fukushima No. 1, and not the plant itself, nor the massive movement of groundwater in and out of it.

The result is a rather surreal situation where the IAEA can praise Japan for its handling of the decontamination process, while overlooking the endless stream of problems at the stricken nuclear plant. In the advice it offers the Japanese government, the IAEA emphasizes the importance of improving communication “in order to achieve a more realistic perception of radiation and related risks among the population” and to “reduce some uncertainties and provide greater confidence in the decisions being made”.

Surely the government getting a grip on the situation at Fukushima No. 1 is essential to accomplishing this. After all, the public’s worries about radiation are stoked by Fukushima No. 1′s inventory of accidents, mistakes and leaks of contaminated water, combined with Tokyo Electric Power Co.’s (TEPCO) gross mismanagement and the government’s limited attempts at oversight.

Another important part of that reality is the truly deplorable working conditions of the several thousand workers at the site. Recent articles on this issue have highlighted workers’ serious depression and anxiety, high levels of radiation exposure, alcohol abuse, low pay and a variety of other factors that are exacerbating the many other problems at the plant.

While the workers engaged in cleanup “efforts” around the site itself may not have to endure the full slate of dangers and deprivations faced by those at ground zero, they have an ample share of difficulties to contend with, such as the involvement of organized crime and questionable workplace practices.

These matters all impede remediation, but are completely absent from the IAEA’s account.

Rather than undue cheerleading, the IAEA ought to aim a few recommendations at remedying the poor governance and blatant mismanagement that has come to define the response by the Japanese government and TEPCO to the nuclear accident. It is in no one’s interest, least of all the global nuclear industry’s, to pretend that all is well when it so manifestly is not.

This article was originally published as a commentary in the Japan Times.

Andrew DeWit is a Professor in the School of Policy Studies, Rikkyo University, Japan.