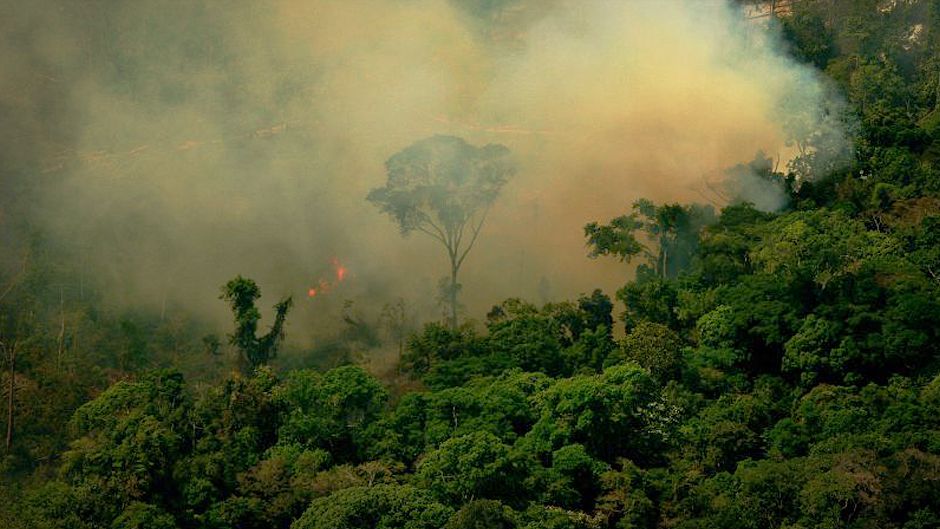 A special committee in the Brazilian parliament is poised to vote on a new report which, if approved, could pave the way for looser regulation on land use and deforestation.

As the mania of the World Cup unfolds on the streets of Rio and election season kicks in, debate on the issue is not getting the attention it deserves. There are growing demands to postpone the vote until next year, when a fairer vote could be held. But there are many interests at play. Political expediency and politicking are rife and the reformed legislation could win approval at the plenary by 16 July this year.

So why is this important? Brazil is a powerhouse for agricultural and commodity exports. However, it is also home to some of the world’s richest areas of biodiversity. Brazil’s future depends on the balancing of these two interests. Environmental legislation is therefore as important to Brazilian development as the World Cup is to Kaka.

The Brazilian forestry code, established in 1965, is widely touted as one of the most advanced environmental laws in the world. It sets strict limits on land use in areas of high biodiversity. Landowners are required to maintain 80 percent of their land in its natural state in the Amazon, 35 percent in the Cerrado (savanna terrain) and 20 percent in the Mata Atlântica (known as the Atlantic Forest).

The complex issue of re-evaluating the law has caused serious controversy, with strong arguments on both sides. The debates have led to a standoff between the powerful Brazilian agricultural lobby, known as the Ruralistas, and a group of politicians and NGOs who support the original forestry code, known as the environmentalists.

The Ruralistas have been pushing for reform of the forestry code for many years, claiming that it stifles economic development and the agricultural sector’s competitiveness. They argue that the code is unfair, making agriculturalists and indigenous people, who are often subsistence farmers, into “environmental criminals”.

This is a pertinent issue. The Brazilian Institute of Geography and Statistics (IBGE) estimates that over 30 percent of Brazilians live in poverty and a disproportionately high amount live in the Amazon. With a population of 20 million, there is an urgent need to raise living standards in the region.

According to some estimates, one-quarter of the Brazilian Amazon has already been subjected to deforestation or damage.

But really, would a reform of the forestry code actually help the Amazon’s poorest? Call me a cynic, but the dash to dismantle the forestry code looks like it’s more in the interest of agribusiness than anyone else. Also, remember that the degradation of environmental resources disproportionately affects the poor, especially subsistence farmers.

The reality of the situation is that, since inception, the forestry code has not even been successfully enforced. Landowners often fall foul of the regulations and levels of illegal deforestation are high. According to some estimates, one-quarter of the Brazilian Amazon has already been subjected to deforestation or damage.

In an effort to cut down on illegal activity, a new land registry system came into force in January this year. The government now has a photographic database monitoring land use; this includes a system of fines for noncompliance. Considering the rampant disregard for the forestry code, hefty fines hang over the heads of some powerful Brazilian people. It seems somewhat coincidental that just as a system of fines is set up to punish illegal land use, a change to the forestry code is being rushed through.

The special committee’s final report, written by the Communist party’s Aldo Rebeldo, suggests 11 changes to “relax” the forestry code. These include: allowing federal states to determine land use limits; allowing landowners to cultivate larger areas of land; and offering an “amnesty” to landowners who have already been fined for illegal deforestation.

The committee is aiming to push the vote through next week, despite mounting concerns over its inconvenient timing. It is reported that the Ruralistas make up more than half of the members on the committee.

Environmentalists warn that the revised legislation could allow up to 80 percent of the Amazon to be cut down.

The report has been given the red card by environmentalists who warn that the revised legislation could allow up to 80 percent of the Amazon to be cut down. Greenpeace and Ipam (Instituto de Pesquisa Ambiental da Amazônia) estimate that this could lead to carbon emissions of 25-31 billion tonnes from the Amazon alone. This could jeopardise Brazil’s commitment, made at Copenhagen, to reduce carbon emissions by 39 percent before 2020. They also strongly criticise the idea of an amnesty for illegal deforesters. This would essentially penalise those who originally complied with the law.

The turbulent debates over the past month have also elevated the profile of the Green party presidential candidate, Marina Silva. Silva reiterates the overwhelming concern that polarising legislation must not be voted on in an election year. In the rush to win votes and election funding, politicians are cautious of taking positions on controversial issues.